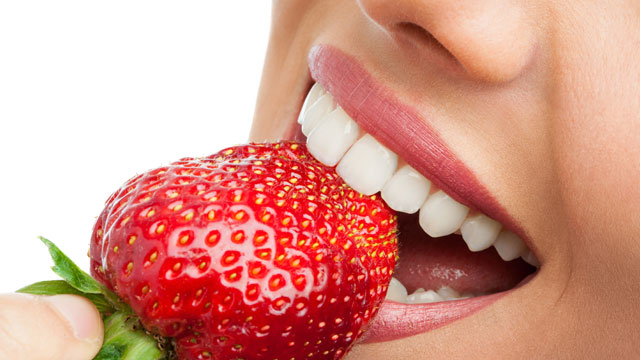 Today everyone wants to have a perfect smile with white, even teeth. But this means nothing if you have poor dental hygiene and unhealthy gums. Indeed, proper brushing and flossing could save your life! It may sound incredible, but gum disease (periodontal disease) is linked to many life-threatening illnesses, such as cardiovascular disease, stroke, diabetes, and pneumonia. It has also been associated with pregnancy complications.

Up to 80% of the adult population have early signs of gum disease, and may be unaware of it, as it first develops without symptoms. A study published in the Journal of Periodontology reports that at least 23% of women, ages 30 to 54, have an advanced state of periodontal disease (periodontitis) in which there is active destruction of the tissues supporting their teeth.The same study states that 44% of women, ages 55 to 90, who still have their teeth also have periodontitis. It has been found that men with antibodies to dental bacteria were 50% more likely to have heart disease than men without these antibodies.

What is Periodontal Disease?

Gum disease, or periodontal disease, occurs when bacteria in the plaque that forms on your teeth infect the gums,and even the bone that anchors your teeth. In the earlier, milder and easily treatable stage called gingivitis, the gums become red and bleed easily, and may become slightly swollen. The latter stage that requires a gum treatment intervention by a periodontist is called periodontitis, in which the infection causes bone loss and tooth loss and can even affect your general health.

How does it develop?

Plaque-loving bacteria that normally grow in your mouth become present in such a large quantity that they invade the gums and tissues near the teeth causing infection. The bacteria produce acids and toxins that destroy the fibers that attach the gum around your teeth. As this happens the gums pull away, developing pockets where bacteria thrive and start to dissolve the bone that supports your teeth. Discoloration of the teeth, puffy, inflamed, and painful gums, loss of tooth enamel and bad breath might greet you in the mirror every morning.

Is it really connected to serious illnesses?

Yes, the pockets of bacteria release toxins through blood vessels into the blood stream. This is why gum disease disconnected to clogging of the arteries that supply the head with blood and oxygen (the carotid arteries). The toxins that escape can raise the level of an inflammatory component known as C-reactive protein, or CRP. CRP is strongly linked to hardening of the arteries, cardiovascular disease, heart attack and stroke. There is also evidence that periodontal disease and its resultant inflammation contributes strongly to the cardiovascular disease seen in diabetics. And it’s been found that inhaling the toxic bacteria that colonize the mouth can also lead to pneumonia.

How can I practice good dental hygiene?

Brush your teeth after every meal, and floss regularly, at least once a day, to help remove food particles or plaque build-up between the teeth. Flossing also conditions your gums. Massage gums daily with a rubber-tipped stimulator to increase blood flow to the area and help promote healing. Visit your dentist regularly for a wellness check. Good nutrition is helpful in maintaining gum health and fighting the bacteria that cause gum disease and cavities. Be sure you get an adequate supply of vitamin C with bioflavonoids, zinc, beta-carotene, folic acid and CoQ10.