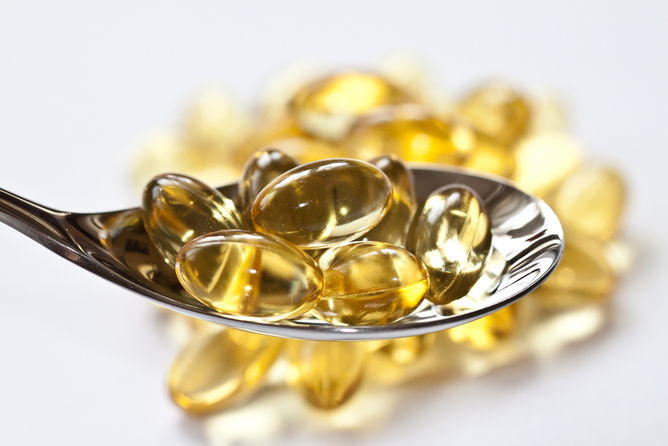 Up to 70% of Americans suffer from low levels of vitamin D due to low sunlight for much of the year, avoiding the sun during the summer months, and/or insufficient consumption of food sources. Without an adequate amount of this “sunshine vitamin”, you may become more prone to conditions effecting bone and muscle health but may also face digestives issues, like bloating and abdominal pain. “There are vitamin D receptors located throughout the colon that help regulate bowel inflammation – and not getting enough vitamin D could interfere with that. Vitamin D also seems to play a role in the production of the mood-boosting neurotransmitter serotonin, which may be why people with IBS are also more likely to be depressed and rate quality of life as low.” [For more information on Vitamin D, click here!]

Published in the Journal of British Society of Gastroenterology, researchers set out to investigate a link between vitamin D deficiency and gastrointestinal conditions – inflammatory bowel disease, colorectal cancer and irritable bowel syndrome. In this small 12-week trial, 51 participants were either given a placebo or a combination of vitamin D and probiotics. Eighty-two percent of participants with irritable bowel syndrome (a disorder affecting the colon characterized by abdominal pain, constipation, diarrhea, and bloating) had insufficient vitamin D levels. Researchers found that the lower the vitamin D levels, the more severe the participants symptoms and quality of life. Study coauthor Bernard Corfe, PhD, stated, “Right now, it’s too early to say if vitamin D deficiency causes IBS, or if people with some of these symptoms like frequent bloating – but not full-blown IBS – are also more likely to be low in vitamin D. But there is good reason to believe that increasing vitamin D levels will improve general bowel health, as previous research shows that conditions like inflammatory bowel disease and colorectal cancer are associated with low vitamin D levels.”

In a much earlier study published in 2007 in the October issue of the American Journal of Physiology; Gastrointestinal and Liver Physiology, researchers from the University of Chicago used mice to demonstate the link between inflammatory bowel disease and vitamin D deficiency. The mice were fed dextran sulfate sodium (DSS), an irritant that can cause intestinal damage. The mice that had a genetic disturbance in their ability to use vitamin D quickly developed severe diarrhea, rectal bleeding, and severe weight loss. The mice that could use vitamin D, were “basically resistant to the irritant effect of lower doses of DSS.”

While both studies say further testing and research is needed, Dr. Corfe suggests that “Upping vitamin D intake via sun exposure, supplements, and food may help remedy certain symptoms for those with IBS and promote good general bowel health for the average person.”