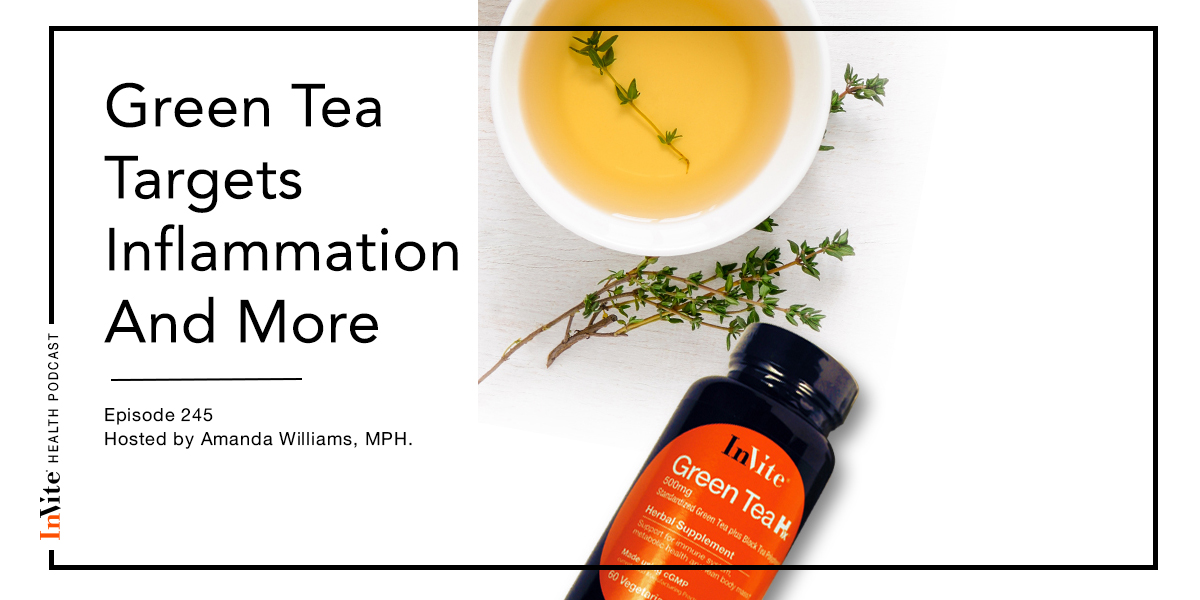 We’ve all heard about the potential benefits that go along with green tea, but do you really understand what it is about that green tea that makes it so incredibly unique and special to your overall health? I want to talk about that today.

Teas have been widely consumed throughout the world. We’ve all heard just how healthy it can be to drink tea. Today, I want to talk about some of the different studies that have shown how powerful the antioxidants derived from the tea called catechins actually are.

How to get green tea’s benefits

If you are taking our Green Tea Tx, for example, or the Green Tea Hx capsules, you should know that you are getting a really powerful punch of that Epigallocatechin gallate (EGCG).

When you look at the Green Tea Hx, that provides more polyphenols than you would get from drinking seven cups of green tea. While I certainly don’t discourage people from sipping on tea throughout the day, I do encourage you to consider something like the Green Tea Hx because this has been standardized out to 90% of those polyphenols, containing a very high amount of EGCG. It has 350mg of EGCG. Just going and getting an organic bag of green tea is fine, but if we really want to look in terms of translation into the health studies that have been done, we’re looking at high amounts of that EGCG being exposed at that cellular level. That’s why taking a capsule of the Green Tea Hx is something that I encourage people to look into.

There’s been extensive research on green tea. It is one of the most well-known studied nutrients out there. Why is that? We have to look at the actual EGCG. It is that EGCG that has been touted as having all of these really powerful effects.

EGCG is highly effective at turning off HMGB1, this main driver for chronic inflammation. HMGB1 turns on the release of these chemical signals called cytokines that generate all of this inflammation in the body. How that works is it releases these inflammatory cytokines and the problem is if there is cellular damage, then that HMGB1 will leak out of the cell and it continues to allow for that cytokine production to carry on, which is certainly not something that we strive for.

HMGB1 is now being looked at in the scientific community as one of the most powerful agents in accelerate aging, so that’s not a good thing. I always refer to that as inflammaging. It’s accelerated aging brought on because of inflammation. When we look at different conditions, including asthma, COPD, atherosclerosis, congestive heart failure, lupus, multiple sclerosis, rheumatoid arthritis, different cancers, diabetes and inflammatory bowel disease, we see elevated HMGB1 levels. We know that when the HMGB1 switch is allowed to stay turned on, it keeps releasing these cytokines, which continue to do damage. This is why, if EGCG from green tea has been studied for its ability to actually inhibit HMGB1 release, then why are we not using green tea?

Tune into the full podcast episode for more research on the benefits of green tea and EGCG.