Sun Exposure: How to Protect your Kids 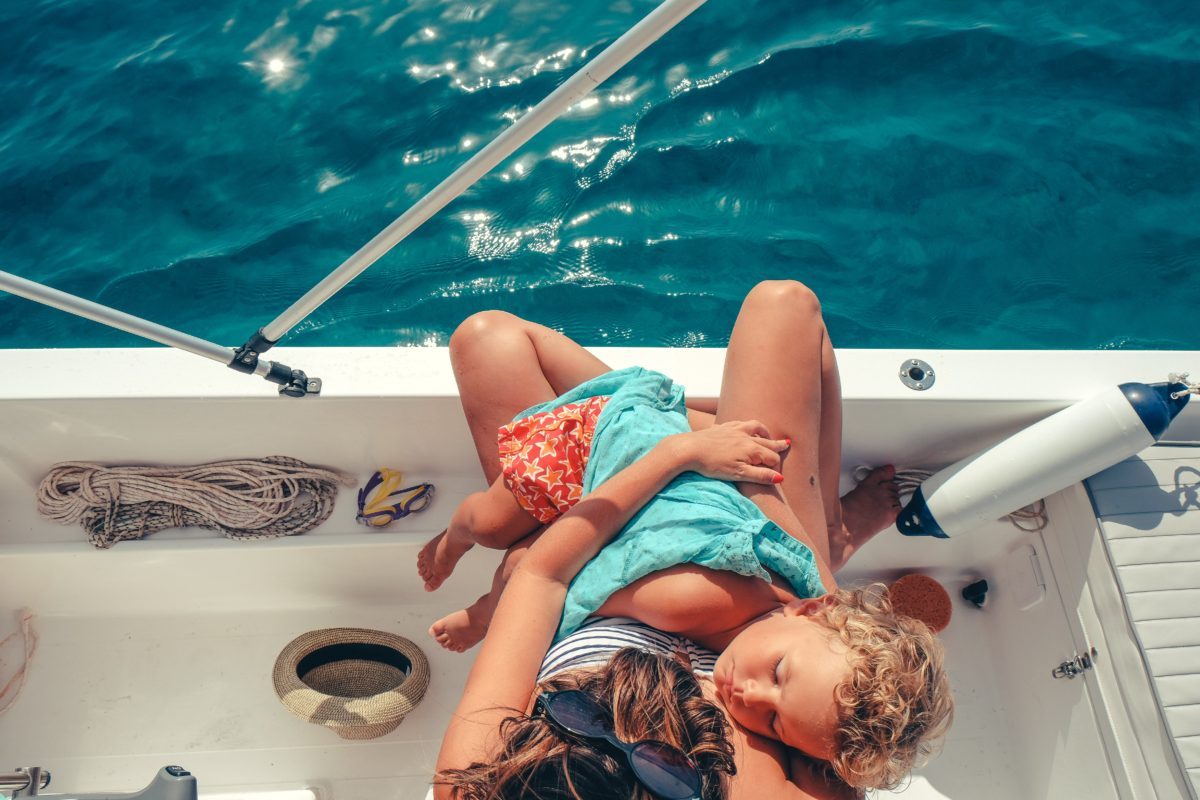 Photo by Nikola Radojcic on Unsplash

Summer is just around the corner – that means more time outdoors, barbecues, the beach, and of course, a lot more exposure to the sun. The sun has some great health benefits, like boosting your Vitamin D levels, mood, and energy. But we all know that too much sun carries serious risks, specifically for your skin. Even one bad sunburn can increase your risk of skin cancer.

Skin cancer isn’t usually considered as a risk to children’s health. Most parents don’t consider this form of cancer a major risk for their children, but according to experts, melanoma accounts for about 3% of pediatric cancers and 6% of teenage cancers (ages 15-19). There is currently no database that records cases of skin cancer among children in the US, but a 2013 study published in the journal Pediatrics found the rate of melanoma – the deadliest form of skin cancer – rose 2% annually among children aged 0-19 between 1973 and 2009.

It’s true that a skin cancer diagnosis during childhood is rare – but sun exposure early on can certainly increase melanoma risk later in life. Last year, Medical News Today reported on a study that revealed multiple sunburns during adolescence can raise the risk of melanoma by a whopping 80%!

So, how can we reduce the risk of skin cancer for our kids? Here’s a breakdown of the specific precautions that should be taken for kids, by age:

According to the Skin Cancer Foundation, infants ages 6 months and younger should be kept out of direct sunlight. Before babies reach 6 months, their melanin levels (the substance that gives pigment to the skin, hair and eyes and protects against the sun) are very low, making them extremely sensitive to UV radiation. The Skin Cancer Foundation advises that parents take their infant for walks in a stroller with a sun-protective cover before 10 am and after 4 pm, when UV radiation is lowest. Before 6 months of age, infants should be dressed in lightweight clothing that covers their arms and legs, as well as a hat to protect the sensitive skin on their face, neck and ears. Sunscreen is not recommended for infants under 6 months old.

Protect your kids from the inside out with Children’s Vitamins!

It makes sense that protecting toddlers from the sun is more difficult than it is with infants – by age 2, your toddler is probably playing outside and ignoring your demands to wear a hat and protective clothing. The good news is that sunscreen can be used on children older than 6 months. The Skin Cancer Foundation advises a broad-spectrum sunscreen with a low SPF of 15 should be used on children after they reach 6 months of age. However, Dr. Perry Robins, president of the Skin Cancer Foundation, cautioned that sunscreen is only one factor in an army of defense when it comes to sun protection. “Strategies such as seeking shade and dressing children in sun-protective clothing are just as important and can’t be abandoned in the second year, since sunscreen cannot keep all of the sun’s rays away from the skin,” Dr. Robins states. “Teaching these techniques early to children can leave them with sun safety habits that will help prevent skin cancer later in life.”

School rules can actually be a major roadblock to your child’s sun protection protocol. Experts recommend making sunscreen application a part of your child’s usual morning routine. Unfortunately, as noted by the Skin Cancer Foundation, many schools view sunscreen as a medicine and require either written permission to use it or ban children from applying it themselves. Many schools also prohibit hats and sunglasses during school hours, including recess when your child is most likely to be exposed to the sun. As a parent, talk to your child’s school about their sun protection policy, and if it does not allow major precautions to be taken, let other parents know and take action to change the school’s policy.

This is where things get even more difficult. Teenagers generally feel they need to look a certain way to fit in, and for many (especially girls) this means a “healthy” glowing tan. But what so many people don’t acknowledge – or don’t know – is that a tan is a major indication of skin damage. When the skin becomes tan, melanin production increases in an attempt to protect the skin from further damage. So even though your teenager thinks a tan looks great now, things can get ugly later in life. The risks are heightened even further by the use of tanning beds, which produce rays 10-15 times stronger than natural sun. A 2014 study estimated that about 400,000 cases of skin cancer in the US may be related to indoor tanning, while a study reported by Medical News Today last year linked the use of tanning beds in teenagers to greater risk of basal cell carcinoma, the most common form of skin cancer in the US.

If your teen needs a little motivation to skip the tanning bed, show them Tawny Willoughby’s story. Tawny was diagnosed with basal cell carcinoma at age 21, a result of excessive indoor tanning as a teenager. She recently posted some grisly photos of her skin after cancer treatment. “If anyone needs a little motivation to not lay in the tanning bed and sun, this is what skin cancer treatment can look like,” she quoted with her photos. “Wear sunscreen and get a spray tan. You only get one skin and you should take care of it.” Alternatives to tanning for teens include spray tans, tanning lotion, and fashionable cover-ups like sarongs and beach dresses. But sunscreen must be used along with all of these alternatives.

The bottom line: the best way to get your child to take precautions against sun exposure, no matter what age, is to lead by example – by taking the same precautions yourself. “You are your children’s role model,” notes the Skin Cancer Foundation. “Be sure to let them see you protecting yourself from the sun. If you have great skin, so will they.”

As a parent, how do you encourage your kids to take proper precautions when it comes to sun protection and sun exposure? Let us know in the comments!