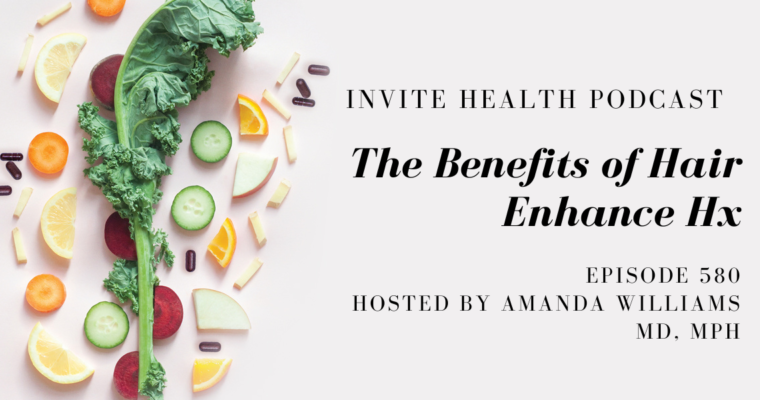 Amanda Williams MD, MPH talks about her inspiration behind formulating Hair Enhance Hx and how it can help support hair issues like hair loss 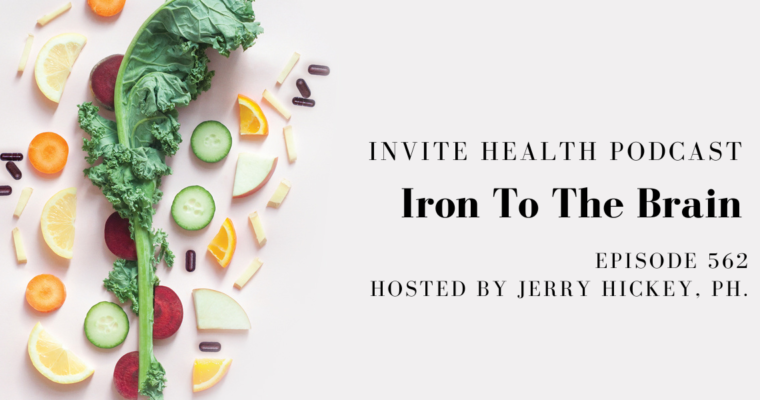 Iron is very important for brain function so to learn more listen to Jerry Hickey, Ph podcast discussing supplements that are beneficial for brain health. 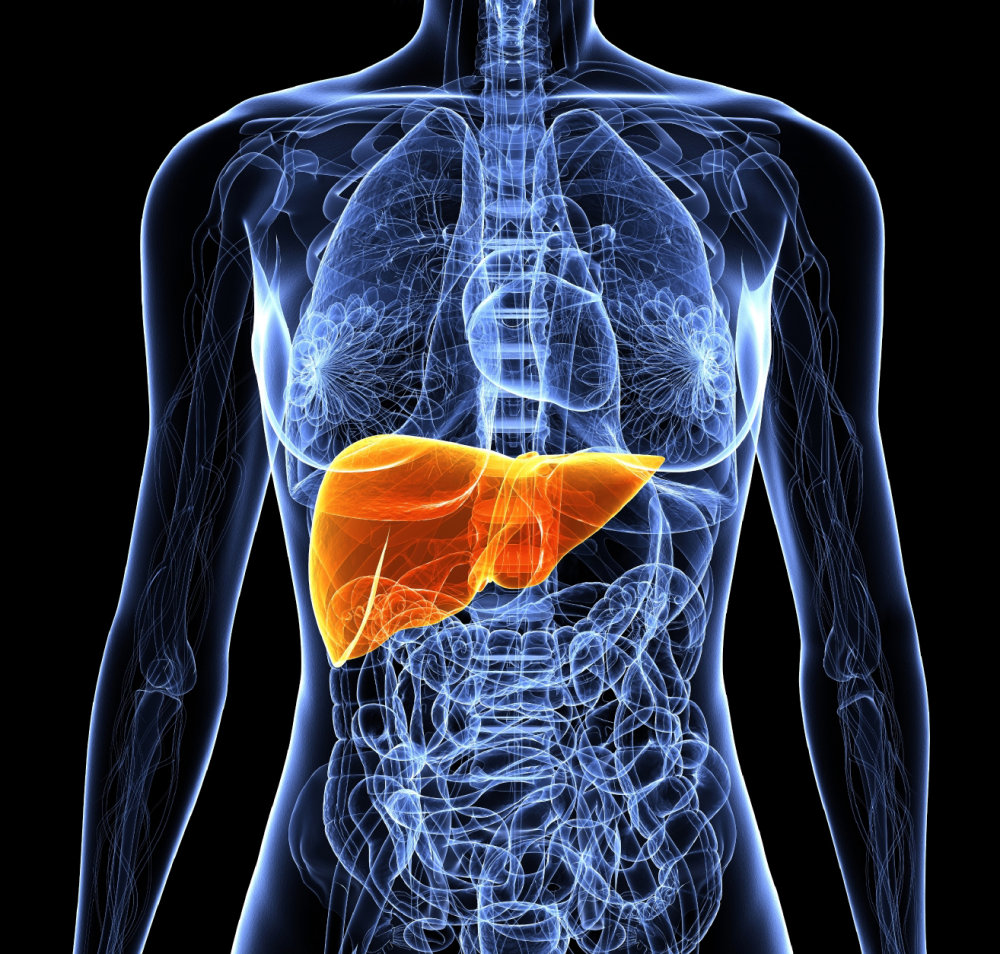 Jerry Hickey is a pharmacist and radio personality and fills the esteemed role of Scientific Director and President of Invite Health. He has spent his professional life analyzing nutritional information and medical studies with the aim of creating the highest quality and most natural nutraceuticals for user’s maximum health benefits. Here, Jerry speaks about the benefits of Catalase.

What exactly is Catalase?

Catalase is an herb that was originally in an ayurvedic medicine called Picrorhiza kurroa. There are a lot of names for it worldwide. In Asia, they call it Hu huan lian or kadukka. There is no herb that doesn’t have hundreds of names, because every single population has their own name for it. Anything natural has multiple names, just like a butterfly in English is called “mariposa” in Spanish.  This plant Picrorhiza kurroa is remarkable for the liver. They’ve done excellent studies in humans. I mean, there are scores of studies in animals, as well. In the animal studies, they protect the liver but they’ve also done human studies and it’s supported liver health. They’ve also done studies where it’s great for the lungs and it’s great for the skin.

Now, the thing about picrorhiza is that it also gets passed to the liver. Here is the hard thing to understand, I think. Catalase is a big molecule. All day long, your liver is taking sugar and triglycerides and cholesterol out of the blood, and taking broken-down estrogens out of the blood and pesticides and herbicides and bacteria and viruses as well. So, it’s up against a lot of inflammation and toxicity. Catalase is its major shield.

Picrorhiza has been to shown to improve catalase levels throughout your body. It’s going to stay in your liver, and that’s good because it helps regenerate the liver and heal the liver. You could cut away three quarters of your liver and throw it in the garbage and it will grow back. It has to be able to do that because it’s always exposed to toxins, toxins in food, from pesticides; both natural toxins and synthetic toxins. It has to deactivate and expel drugs and all of these nasty things in the atmosphere and in the food and in the water. Because of that, it gets poisoned and liver cells die. Catalase is very soothing for the liver to regenerate. The picrorhiza is in there, which spreads throughout your entire body. It’s very soluble, and it increases catalase levels in your eyes and in your brain, including your hair follicles, your skin, and your lungs.

Click here for Independent Research Studies on Catalase and Picrorhiza!

Restoring antioxidants to youthful amounts may be achieved with the help of two supplements: NAC and catalase. Catalase is the super charge antioxidant that you’re flooded with when you’re in your 20s. Nature floods you with catalase because if you didn’t have it, you wouldn’t live long enough to raise children and propagate. Nature is very kind up to the age of propagation. After that, nature has no need for us. So, that’s why everything is building and working until the age of 25, but after the age of 25, certain things start to go down like, believe it or not, ubiquinol levels, catalase levels and glutathione levels start to decrease after the age of 25. That loss doesn’t really become significant until you’re in your 40s and 50s, though.

Now, kids have got a flood of catalase in their bodies because catalase protects them from using energy, from eating food, from breathing in oxygen. It’s a catalytic enzyme that your body is flooded with when you’re in your teens, 20s and even in your early 30s. You know, using oxygen for energy is a gift and it’s a burden. It’s a gift that we can live a long life and that we have a lot energy to do things for our brain; the intelligence of our brain and the quality of our vision requires a tremendous amount of energy. For a long life span, it requires a tremendous amount energy. The only way you can really get that energy is if you mix oxygen with calories and you burn it. The problem is that slowly but surely oxygen use is also quite toxic. It’s poisonous at a molecular level because the oxygen is used in these tiny little power plants called mitochondria. They’re pretty well sealed, but they’re not perfect. When you breathe in oxygen and you use it for energy, there is always a little bit of leakage out there. When you were a kid and you got a cut, you reach for that big brown bottle and you pour a clear liquid on the wound, and then you wash it with soap and water. The hydrogen peroxide kills viruses and bacteria, and you see it bubbling up. That bubbling is also destroying your skin. Every time you use oxygen, there is a slight release, and that is hydrogen peroxide.

So, when you’re young, you’re flooded with catalase. Why? Catalase reduces hydrogen peroxide to water and oxygen. So, catalase will take something that’s potentially toxic. I mean you could dissolve skin with hydrogen peroxide if you put your finger in it. There is a little leakage of hydrogen peroxide in every single cell in your body, every brain cell, every eyeball cell, every heart cell. This catalase comes and deactivates it. It breaks down the molecular bonds releasing water and oxygen. You use the oxygen again for energy use and the water, of course, is a solvent that cleans out the dirt and the debris from the body, so it’s a very good thing.

The wonderful thing about catalase is that it literally works about a million times. Each catalase molecule will take a million hydrogen peroxide molecules and convert them into oxygen and water. That might sound like a lot, but you have 50 trillion cells, and you have 200 power plants at a minimum in each cell. So, that’s 200 leakages of hydrogen peroxide per cell per minute, times 50 trillion. You need a lot of catalase.

When catalase levels naturally decline in the body in the 40s and 50s, it can cause a mutation in your chromosomes and DNA. What’s scarier than that? Catalase defends the body from hydrogen peroxide. As catalase levels decrease in your 40s and 50s, there is more hydrogen peroxide. What’s happening? It’s bleaching your hair. Literally, your hair is growing gray because you lack catalase.

For more information on Catalase or other health and wellness topics, visit www.invitehealth.com!