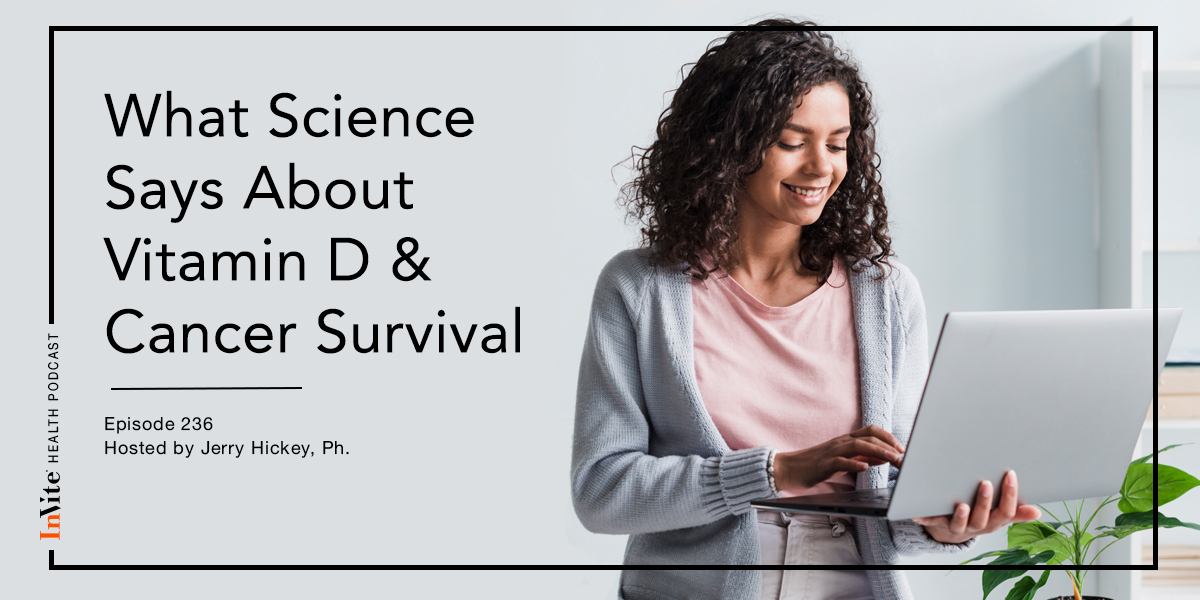 Data on the relationship between Vitamin D and cancer

Studies have been coming out for several decades that Vitamin D supplements or having higher blood levels have been connected with a lower risk of several cancers, including colon cancer, rectal cancer, breast cancer and prostate cancer. Starting about ten years ago, studies started coming out that people with higher blood levels actually survive cancer better, some serious cancers.†

This study came out in the British Journal of Cancer at the end of 2009. It was completed by Harvard researchers. They said that higher blood levels of Vitamin D may double survival rates for patients with colorectal cancer. That’s powerful. People with the highest average levels of 25-hydroxyvitamin D, also known as 25-hydroxycholecalciferol, had a cancer-specific mortality half that of people with the lowest average levels. 25-hydroxycholecalciferol is the storage form of Vitamin D that is not yet activated. The activated form is called 1,25-dihydroxycholecalciferol D. Higher levels after a diagnosis of colorectal cancer was associated with improved survival in this study.†

A meta-analysis of a group of studies that was reported in the American Journal of Preventive Medicine back in 2007 showed that people with higher blood levels of the vitamin had a lower risk of developing colon cancer. So, it’s not just surviving colon cancer, it’s also the risk of colon cancer.†

Here’s a meta-analysis from 2011. A meta-analysis, when done right, proves either that something works or doesn’t work because they’re taking a whole bunch of studies and grouping together the results. This makes the data much more powerful. This meta-analysis comes from the International Journal of Cancer Research and shows that higher blood levels of Vitamin D are associated with a reduced risk of developing colorectal cancer. That’s a meta-analysis of observational studies, including nine human clinical trials. They saw that for every ten-point increase, the associated risk of colorectal cancer decreased by 15%. That means that if your Vitamin D was 20 and someone else’s was 40, that person’s risk of colorectal cancer would be 30% lower. That’s pretty important.†

Here’s a review of cancer survival. They’re looking at breast cancer and colorectal cancer. This is in April 2014.  Patients with higher levels, when they were diagnosed with either breast cancer or colorectal cancer, had an improved ability to survive the cancers. They had a better chance of survival and remaining in remission for a longer time, compared to people who were deficient in Vitamin D. This was a meta-analysis published in the Journal of Clinical Endocrinology and Metabolism. It included 25 studies with a total of 17,332 cancer patients. The researchers found that for every ten-point improvement, there was an improvement in the ability to survive cancers.†

Tune into the full podcast episode for more studies on the relationship between this vitamin and cancer survival.