The Health Benefits of Soy, Based on Clinical Studies 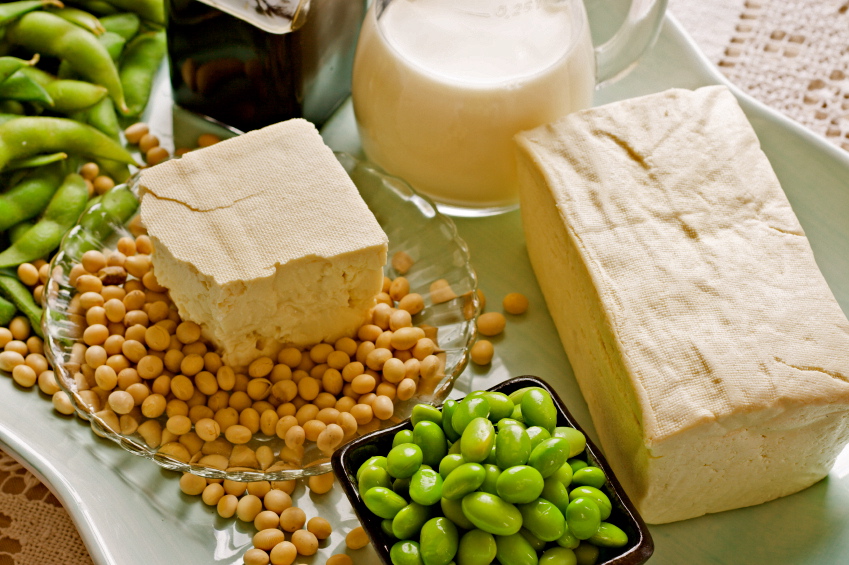 One of the most controversial foods of our time, soy has been debated between nutritionists and doctors as either being dangerous or being an incredibly powerful superfood. So, what exactly is soy? And is it good for you or not?

Soy, from the soybean plant, is rich in vitamins, minerals and plant-based protein. It is also rich in isoflavones (antioxidant and phytoestrogen compounds that are capable of exerting estrogen-like effects), high in protein and polyunsaturated fats, and provides good amounts of essential omega-3 fatty acids. Soy is commonly used in milk or as a replacement for meat – in tofu and miso, for example.

Jerry Hickey, R. Ph, weighs in on the soy controversy – “Your body is made out of protein – everything, including your skin, your hair and your nails. There are good amounts of protein in soy. Articles are different than clinical studies. Clinical studies will provide the evidence behind the numerous benefits of soy. Studies have shown that soy has protein for building bones and supporting muscle, and connective tissues. Isoflavones have been shown to help protect breast tissue in women and the prostate in men in clinical studies. Soy has also been shown to help lower cholesterol.”

According to Today’s Dietitian, soy-based foods have been consumed for centuries by Asian countries. Traditional Asian diets include high soy intake levels and have shown low rates of individuals with cardiovascular disease, diabetes, and breast cancer. In 1999, after the FDA approved a food-labeling health claim for soy protein (stating that eating the protein as part of a low-fat cholesterol diet may reduce the risk of heart disease by lowering cholesterol), soy-based food consumption in the United States has been on the rise.

Naturally-occurring plant compounds, called phytoestrogens, have been attributed to a number of health benefits – lower risk of heart disease, osteoporosis, and even breast cancer, like those seen in previously mentioned traditional Asian diets.

Canadian researchers evaluated the benefits of a daily soy beverage in prostate cancer patients who were treated with radiation. The 29 patients were without clinical disease but had a rising PSA level (a prostate-specific antigen), a bad sign after radical radiation treatment to their prostate. They were instructed to consume 500ml of the soy beverage daily for 6 months. If the level of PSA doubles rapidly it reliably predicts a recurrence of prostate cancer and can also predict how dangerous and deadly it is. In their study 14% of the patients on the soy had a decrease in their PSA level, and 28% had a greater than 100% increase in the rate of PSA doubling time. In 17% of the patients the doubling time actually decreased by 50%. The soy product slowed PSA doubling time by over 100% in about 42% of the patients. The study is published in the February 2010 issue of the journal Cancer and Nutrition.

Researchers followed 41 patients with type 2 diabetes for 4 years. Twenty patients consumed a diet of which the protein consisted of 35% animal protein, 35% Soy Protein and 30% vegetable protein. The other 21 patients ate a diet where the protein was 70% animal and 30% vegetable protein. All of the patients’ diets consisted of 0.8 g protein per kg body weight. The patients on Soy Protein had a significant drop of fasting blood sugar, total cholesterol, LDL-cholesterol, and triglycerides. Inflammatory C reactive protein decreased in the Soy group as did protein in the urine and urine creatinine levels. The Soy Protein improved inflammation in the blood vessels, blood fats, blood sugar, and kidney health. The study is published in the April 2008 issue of the journal Diabetes Care.

An analysis of eight randomized controlled clinical trials published in the September 1 2004 issue of the Journal of Nutrition found that soy isoflavones were successful in lowering serum low-density lipoprotein (LDL) cholesterol, the type of cholesterol that when elevated is associated with an increased risk of cardiovascular disease. Researchers from Tokyo University of Agriculture sought to determine the effects of soy isoflavones on LDL cholesterol independently of the effects of soy protein. Eight trials involving a total of 639 men and women with an without high cholesterol met the researchers’ inclusion criteria. Serum levels of LDL cholesterol were measured before and after isoflavone supplementation. Analysis of the studies’ finding showed that a high intake of isoflavones led to significantly greater reductions in serum LDL cholesterol compared to a low intake of isoflavones. The authors suggest that consuming 90 milligrams per day soy isoflavones for one to three months could lower the LDL concentrations of individuals with elevated cholesterol by an average of 7 milligrams per deciliter.

Have more questions about soy? Leave them here for an answer from Jerry Hickey, R. Ph or Dr. Alan Pressman!