What You Need To Know About Attention Deficit Hyperactivity Disorder (ADHD) 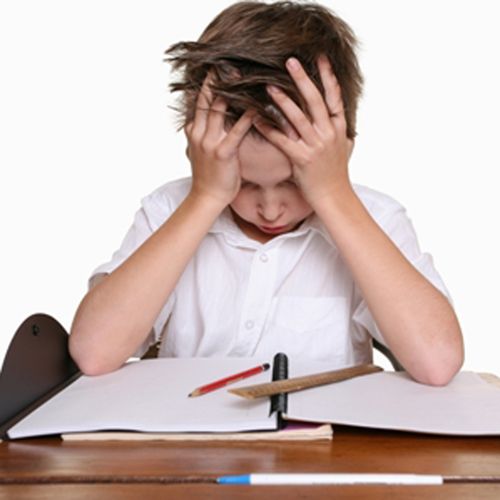 The number of children diagnosed with ADHD, or attention deficit hyperactivity disorder, continues to increase. According to the CDC, in 2003, the rate of children with ADHD was 7.8%. Just eight years later, in 2011, the rate had increased to 11%.

Though the disorder is often shown and diagnosed in children between the ages of 3 and 6, the National Institute of Mental Health reports that this disorder is not just a childhood disease. In fact, ADHD could continue through teenage years and adulthood. But what exactly is ADHD and how is it diagnosed?

There are three types of ADHD, according to the FDA:

Child psychiatrist at the Federal Drug Administration (FDA), Tiffany R. Farchione, M.D., reviews drugs that are used to treat ADHD and explains, “The increase can be due to a greater public awareness of the disorder and psychiatric illnesses in general.” For more information on drug-induced nutrient depletions, click here! According to studies performed by the FDA, boys are more likely than girls to be diagnosed with ADHD by 7.6% because boys are more likely to be the hyperactive-impulsive type.

If your child is diagnosed with Attention Deficit Hyperactivity Disorder, don’t panic. The FDA has approved two types of medications – stimulants and non-stimulants. Both medications help to reduce the symptoms of ADHD and may help improve function in children as young as 6 years old. Farchione explains, “It may seem counterintuitive but despite their name, stimulants, which contain various forms of methylphenidate and amphetamine, actually have a calming effect on hyperactive children with ADHD. They are believed to increase brain levels of dopamine – a neurotransmitter associated with motivation, attention and movement.”

Also approved by the FDA are three non-stimulants – Strattera, Intuniv, and Kapvay. These non-stimulants can be a useful alternative for children who may not tolerate stimulants well. The best way to figure out which medication is the best fit for your child is by speaking with a healthcare professional.

There are other ways to treat Attention Deficit Hyperactivity Disorder than with medication. Behavioral therapy is also used to manage symptoms and provide coping skills. If ADHD is left untreated, the American Academy of Child and Adolescent Psychiatry reports that there could be some serious consequences – the child may fall behind academically, encounter difficulties in friendships and have conflicts with loved ones.

But ADHA is not just a child’s disorder – some studies suggest that about 4% of adults have ADHD (FDA). Though the symptoms are commonly similar, they can manifest differently in an adult than a child. The FDA reports that adults with Attention Deficit Hyperactivity Disorder, may have “poor time management skills and trouble with multi-tasking, become restless with downtime and avoid activities that require sustained concentration.”

The University of Maryland Medical Center reports that surveys show parents are using alternative methods, rather than prescription or drug methods to offer support for the symptoms of ADHD. The report mentions dietary changes that may positively impact your child’s ADHD, including concentrating on eating foods that are high in protein and carbohydrates and eliminating sugar. Other methods include vitamins and minerals – Magnesium, Vitamin B6, Zinc, Essential Fatty Acids (Omega-3s), and L-Carnitine. Herbs mentioned in the report include Gingko (Gingko Biloba), Passion Flower and Lemon Balm. For more information on these alternative treatment methods, view The University of Maryland Medical Center’s report by clicking here.

Visit your family’s doctor or pediatrician if you believe you or your child could have Attention Deficit Hyperactivity Disorder. Farchione says, you or your child’s “vision, hearing and anything else that may contribute to inattention should also be checked.”