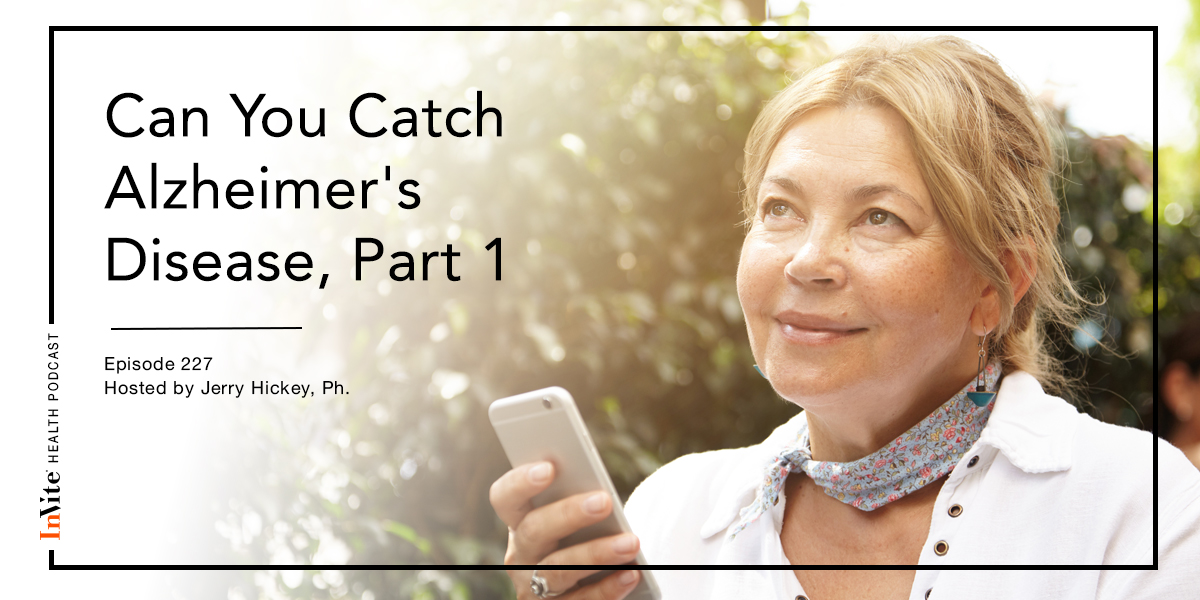 Could an infection cause Alzheimer’s disease?

Here’s a study published in the Journal of Alzheimer’s Disease and called “Microbes and Alzheimer’s Disease.” There are many different academic research institutions involved. In this manuscript, they’re saying that there are infections getting into the brain of elderly people, which is interesting and scary because older people develop leakiness of their blood-brain barrier.

A second way of looking at this is infections in the mouth, gums or lips. These can work their way into the brain indirectly. A third way is an imbalance of bacteria in the intestines, which is one of the things they allude to in this manuscript.

Tune into the full podcast episode to hear some excerpts from “Microbes and Alzheimer’s Disease.”

The researchers go onto say that certain microbes that get into your brain cause an infection, but they can remain latent for many decades and then they can reactivate when your immune system weakens. Then, they list evidence for an infectious immune system component. “Viruses and other microbes are present in the brain of most elderly people, although usually dormant.” They got into their brain somehow, either through severe gum disease or maybe through the nose. Reactivation can occur after stress and immunosuppression. Older people go through immunosenescence, an age-associated decline in immune system function, so these researchers are saying that as we develop immunosenescence, these viruses and bacteria can become reactivated because they’re not being kept in check by the immune system anymore.

Then, they go onto the second step of evidence for an infection as a component of Alzheimer’s disease. “Herpes simplex encephalitis produces damage in localized regions associated with memory, cognitive function and effective processes, as well as personality,” just like you see in Alzheimer’s disease patients.

Number four, “Herpes simplex virus infection as revealed by seropositivity is significantly associated with the development of Alzheimer’s disease.” Seropositivity refers to a blood test. They see frequently that people have herpes infections and they also have Alzheimer’s disease. I think it’s probably more complex than that and there’s probably also a genetic factor involved here.

Listen to the full podcast episode to learn more about the possible causes of Alzheimer’s disease and stay tuned for part two of this episode coming tomorrow.