This Type of Dementia is Curable – InVite Health Podcast, Episode 216 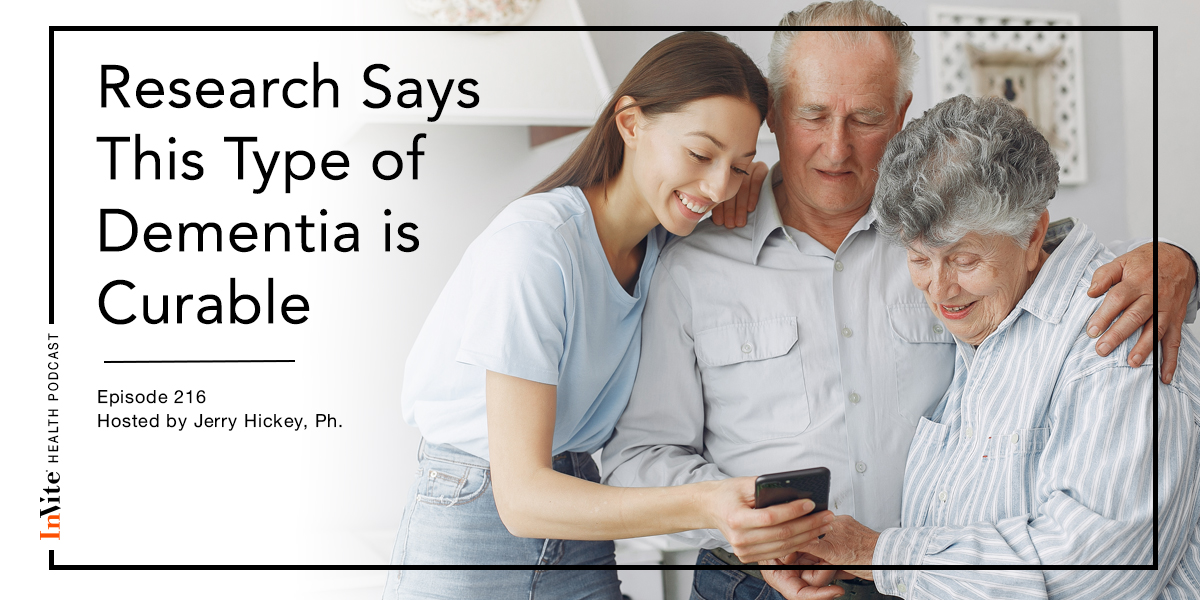 Doctors are finding that there’s a bunch of brain diseases that are related that seem to be really curable. In fact, there’s a type of dementia among these brain diseases that is curable. They’re finding that there’s a problem with the immune system in some people. They don’t know what’s triggering it. They don’t know if it’s an infection by a virus or if there’s genes involved. They’re trying to figure that out. What’s happening is the antibodies you would normally use to kill some kind of infection, instead you’re creating rogue antibodies that are attacking and damaging your brain tissue. But they seem to be curable.

In this condition, the symptoms of memory loss and confusion are a result of severe brain inflammation caused by these rogue antibodies, which are known as autoantibodies. They bind to your brain tissue. Unlike other dementias, where there’s a great deal of neurodegeneration, the brain has not been damaged yet, so, in some cases, this dementia can actually be cured. There are specialist neurologists that are becoming adept at both spotting and treating it because spotting it early enough to be able to do something is the trick.

To hear personal stories about the impact of autoimmune dementia, tune into the full podcast episode.

Autoimmune dementia is often misdiagnosed as other forms of dementia, such as Alzheimer’s, leading to patients being treated incorrectly. But autoimmune dementia is part of a whole group of diseases that they’ve identified over the past 15 years. They’re treatable diseases across an entire spectrum of neurological illnesses, from epilepsy to multiple sclerosis and psychiatry. Types of autoimmune brain diseases, where the immune system is attacking the brain, might be identified as epilepsy of multiple sclerosis and it may not be.

Since 2004, scientists have been steadily discovering autoantibodies behind various brain diseases and neurological conditions, making it possible for clinics to test for them. If they find the antibody, then you just test the blood and see if the autoantibody’s in the blood. So far, they’ve discovered about 25 antibodies for the brain, with one or two antibodies being detected every year. They said that there are probably many more out there still, but they’re making good progress, so there’s a lot of hope for treating these diseases.

Tune into the full podcast episode to learn more about how dementia impacts the brain and what can be done to support the body.