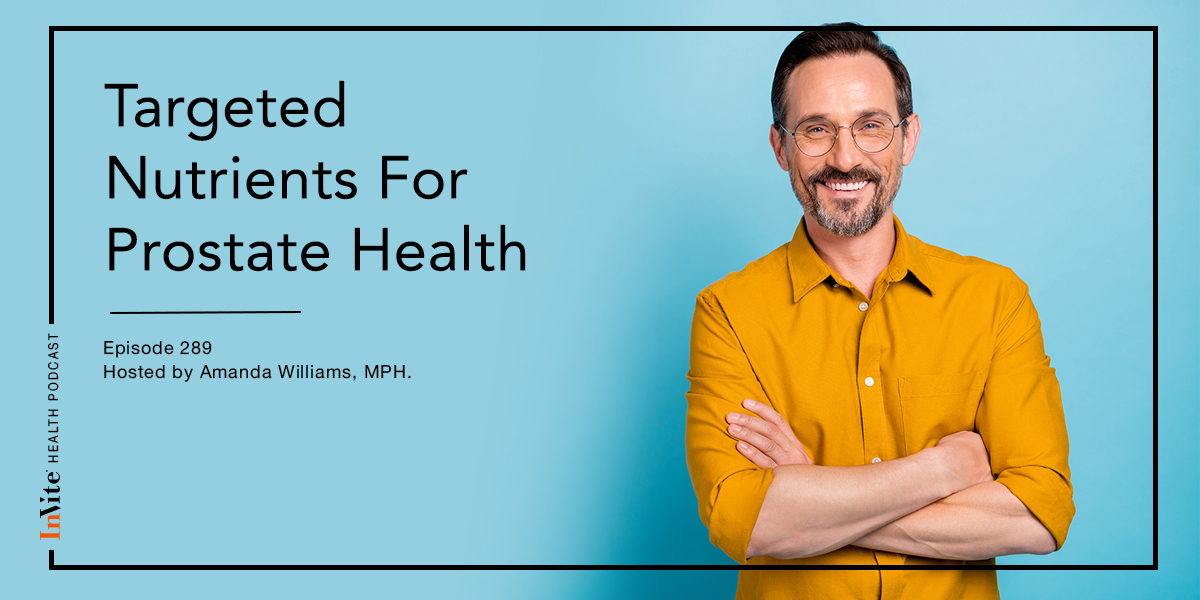 Did you know that approximately 25% of men in their forties have benign prostatic hyperplasia (BPH) and by the time men are in their seventies, roughly 80% of men will have BPH?

According to the New England Journal of Medicine, 25% of men in their forties have BPH. BPH is benign prostatic hyperplasia. We know that BPH is not cancer, however we do know that it impacts the quality of life of men in many different ways. Certainly, when we look at the frequency of nighttime urination even during the day, but most commonly, men will complain about getting up in the middle of the night multiple times because they have to go to the bathroom. We also know that BPH is a major risk factor for sexual dysfunction, so this is also a big problem when we think about the reasons as to why men shouldn’t just overlook BPH as part of normal aging.†

The prostate gland itself goes through an aging process, as with everything else within the body. The three most common prostate conditions happen to be BPH, prostatitis (inflammation within the prostate gland) and prostate cancer. These different conditions often produce similar symptoms in their early stages, making it difficult to really differentiate between them, which is why men should have their Prostate-Specific Antigen (PSA) levels tested and stay on top of having frequent follow-ups with their physician once they hit about forty years old.†

Common symptoms and treatments of BPH

Let’s talk a little bit about some of the common symptoms. We talked about the more frequent need to urinate, which can be at any time throughout the day. We also know that the nighttime awakening is the key flag that most men will notice. There can also be burning with urination as well.†

We do know that the enlargement of the prostate gland is very common and there are many different ways in which this can be targeted. In the traditional medicine setting, men will go talk to their doctor and will usually get put on something like tamsulosin, which is going to be Flomax. These different medications, along with finasteride which goes by Proscar, are commonly prescribed to treat BPH.†

Back in 2013, the Journal of Phytotherapy Research looked at plant-based nutrients and demonstrated that men treated with 320mg of saw palmetto each day for eight weeks not only experienced a significant improvement in their International Prostate Symptom Score (IPSS), but they also had a significant improvement in sexual dysfunction scores, which is also very important because BPH is strongly associated with sexual dysfunction. What these researchers were looking at was this large meta-analysis including over 7000 men from over 30 different studies and assessing the impact of saw palmetto and how this showed this significant improvement. There was a reduction in the frequency of nighttime urination and an improvement in the urine flow rates, but they also saw significantly less side effects. The men that were taking saw palmetto were not having the side effects that they were having when they were taking the prescribed medications such as the finasteride, so this is very, very important.†

Now, let’s think about what happens when we combine different plant-based nutrients that have all been studied in synergy for the utilization in the support of the prostate. This is where we can look at Prostate Hx. The Prostate Hx formulation is a combination of saw palmetto, but what’s interesting about our formulation is that it has 450mg of saw palmetto. The studies that I mentioned that looked at over 7000 men were utilizing 320mg of saw palmetto and in those 320mg is where they saw the benefit. Ours has an even higher amount of that saw palmetto at 450mg.†

We also combine in this nettle root extract, beta-sitosterol and a registered trademarked form of lycopene called LycomatoⓇ. Lycopene is a really important carotenoid for the proper functionality of the prostate. This formulation also contains soy isoflavones. This is very important when we think about the natural atrophy that occurs within the urethra itself, which causes men to experience issues with flow rate or the stop-and-go of their urination. Prostate Hx also has garlic extract, which is important for a couple of different reasons. Predominantly, we want to think about the setting of inflammation, but also for optimizing proper blood flow. It also contains rosemary along with zinc and selenium. Those are a lot of nutrients that are combined into the InVite Health Prostate Hx formula.†

Tune into the full podcast episode to learn more about the science behind Prostate Hx.