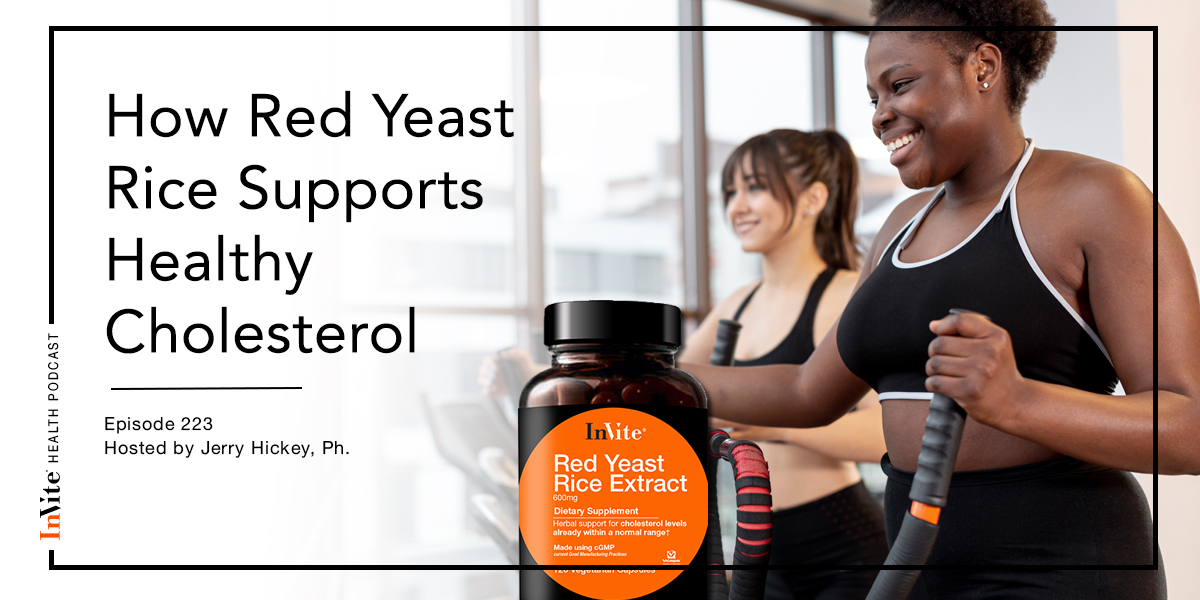 Red Yeast Rice has been used in China and other parts of Asia for centuries. It’s used for medicine, to help with circulation, but it’s also used for food. It’s a staple that they use to make rice wine and to preserve flavor and color in fish and meats. They make Red Yeast Rice by fermenting a type of yeast called Monascus purpureus over red rice.

What they do is they create something that was the original statin, which is a natural product.  Statins work by inhibiting the formation of cholesterol in your liver. The original statin was called lovastatin and they got that from looking at Red Yeast Rice.

Red Yeast Rice has ingredients in it called monacolins. These, in general, lower cholesterol, but there’s one that’s significantly stronger, and that’s what they usually make sure that you have plenty of in supplements that are sold in stores. It’s a good product for people who can’t tolerate statin drugs. It may be an alternative. A study from the University of Kansas and Oregon Health and Science University in Portland, Oregon published in the American Journal of Medicine said that Red Yeast Rice, which is available in stores, is known to reduce your cholesterol and it’s an alternative for people who cannot tolerate statins. Statins cause myalgia, or pain and inflammation in the muscles. It’s actually a very common reaction to statins if they’re used at a higher dosage.†

So, here’s the issue. Doctors put their patients on statins and they want to push their cholesterol down to a certain level. The patients are generally doing fine on that initial dosage of the statin. But, quite frequently, it’s not a favorable outcome and the doctor wants to push the cholesterol even further down, especially in people who have diabetes or who have suffered a heart attack. So, they increase the dosage, and that’s when you really start to run into problems.†

For more information about statin drugs and the impacts they can have on people, tune into the full podcast episode.

According to the University of Kansas and Oregon Health and Science University, the ingredient in the Red Yeast Rice that blocks the manufacturing of cholesterol is called monacolin K, but there’s like nine or ten of these constituents. Every one of them lowers cholesterol, it’s just that monacolin K is the strongest out of all of those. There’s research showing that if you use all of those constituents together, like they would naturally be found in Red Yeast Rice, you don’t need to go to a very high dosage to get a significant reduction in bad cholesterol.†

Here’s a very recent study out of Italy that was published in the Methodist Debakey Cardiovascular Journal. A number of academic research institutions throughout Italy looked at Red Yeast Rice and found that it is really only effective for cholesterol if you have sufficient monacolin K. They said you should take up to 10mg a day. The researchers also said that it lowers total cholesterol and bad cholesterol within the first six to eight weeks.†