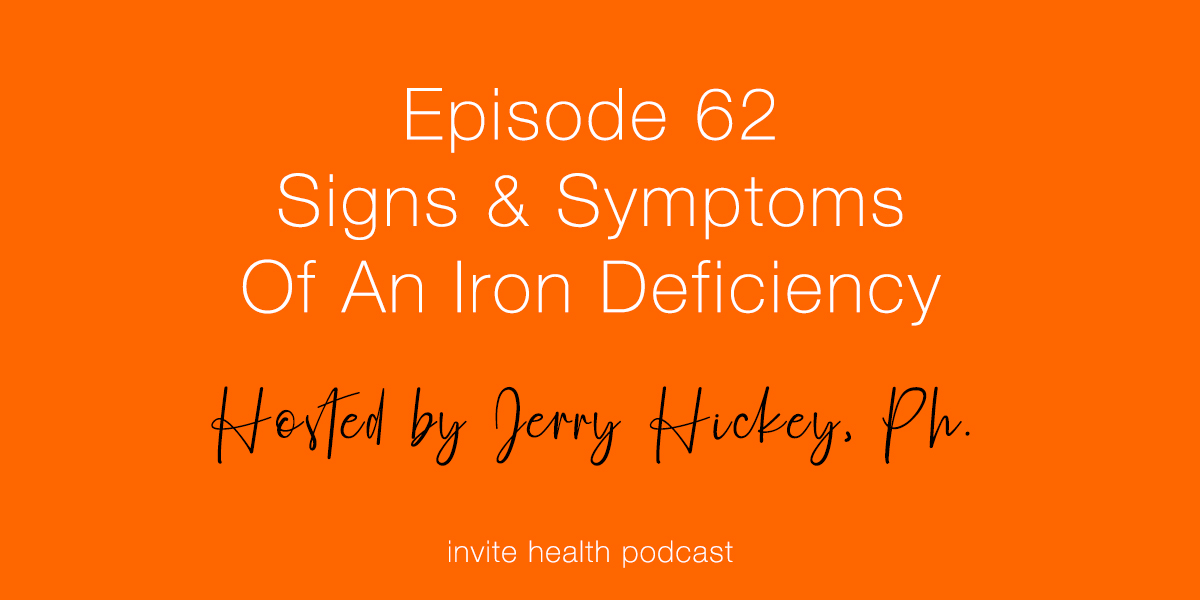 Iron deficiency is the most common nutritional deficiency worldwide. Now, there are different levels of deficiency. You could lack iron a little bit, which means you may not have a lot of stamina in the gym, may be unusually fatigued, and you may every cold that goes by. This is because iron is needed for many functions in the body. If you are severely deficient, it is called anemia. There are different forms of anemia but this one is called iron deficiency anemia and it is the most common type of anemia. It is a condition in which your blood lacks healthy red blood cells, which is a problem because they carry oxygen throughout your body.

Without enough iron, your body cannot product enough of a substance in the red blood cells that enables them to carry oxygen, which is called hemoglobin. Hemoglobin is the red substance inside your blood cell and it is centered on iron. Now, your heart is pumping blood passed your lungs 80 times per minute, or once every three quarters of a second. In this short time period, the hemoglobin must be capable of snapping up the iron in the lungs and distributing it throughout the body. It is iron that gives hemoglobin that quality.

Symptoms of an Iron Deficiency

If you have iron deficiency anemia, you have a lot of symptoms. Just lacking iron in general makes you tired but this deficiency includes symptoms like:

Many of us just lack a bit of iron; not anywhere near the level that you would classify as anemia. But lacking iron can impacts your overall health, including your immune system and your energy. You may also have pale lackluster skin and lips.

Over 12 million Americans develop iron deficiency anemia, which leads to about 778,000 trips to the emergency room and over 5,300 deaths each year in the U.S. alone.

But low iron does not necessary cause anemia. This is common in vegetarians and vegans, as they do not suffer from anemia. Especially because iron is found in greens and dark leafy vegetables like spinach, dried fruit like raisins and apricots, and in fortified cereals, breads and pastas. The problem is that, in this case, it is not heme iron. Heme iron is found in red meat mostly, but also fish and poultry. This is a lot easier to absorb than the iron found in vegetables.

The good news is that you can usually correct iron deficiency with a superior iron supplement. But sometimes additional tests are needed to determine iron deficiency anemia, especially if your doctor suspects you are bleeding internally. Once you have anemia, it takes about a good solid year to replete the iron stores in your body.

Phytic acid is found in legumes like beans and lentils, wheat, nuts and seeds. This acid seems to bind to the iron to prevent its absorption. Just a small amount of phytic acid in your food can reduce the absorption of iron by about 50%. So the absorption of iron from foods like beans and lentils has been shown to be as low as 2% because of the phytate content. But the way you prepare the food helps degrade this.

Polyphenols in coffee and tea can really inhibit the absorption of non-heme iron. But if you have some Vitamin C, it will help block that affect and will absorb the iron better. Soy protein – different than the phytates found in the soy bean – has been found to inhibit the absorption of iron, this includes tofu. Calcium seems to do this, as well as the minerals Zinc and Magnesium. So always take your iron separate from these products.