What You Need To Know About Hepatitis A 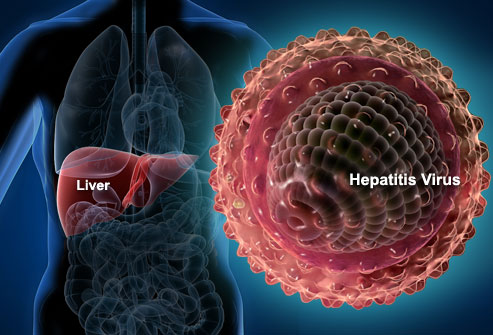 Since 2014, reported cases of Hepatitis A decreased about 30% from 2013 – reporting an incidence rate of just .4 cases per 100,000 population (CDC). But a recent outbreak of Hepatitis caused by imported frozen strawberries from Egypt and served in smoothies at Tropical Smoothie Café restaurants have now infected 55 people in six states.

What is Hepatitis A?

Hepatitis A is a highly contagious liver infection that is caused by the Hepatitis A virus being transmitted through physical contact or consumption of contaminated food or water. Symptoms of this infection include nausea, fever, and abdominal pain, usually lasting less than 2 months, according to the Centers for Disease Control and Prevention. A simple blood test is used to diagnose HAV. Those at an increased risk for acquiring the HAV infection include, “travelers to countries with high or intermediate cases of HAV infection, users of injection and non-injection illegal drugs, persons with clotting factor disorders, men who have sex with men, and persons working with nonhuman primates.” The CDC also reports that the best way to prevent the Hepatitis A (HAV) infection is through vaccination.

Read more from the CDC on Hepatitis A by clicking here! 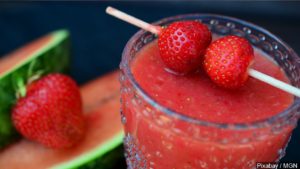 The outbreak has swept across six states, with 44 total infections reported in Virginia, 4 in Maryland, 4 in West Virginia, 1 in North Carolina, 1 in Oregon, and 1 in Wisconsin.

CDC spokeswomen Nora Spencer-Loveall says, “Due to the relatively long incubation period for hepatitis A (15 to 50 days), before people start experiencing symptoms, we expect to see more ill people in this outbreak.” According to CCN, the victims of the outbreak range in age, from 15 to 68. The company has since removed the imported strawberries from its cafes and have now purchased new strawberries from alternate sources.

Here are some delicious and nutritious recipes that do not call for strawberries!

According to the University of Maryland Medical Center, “Herbs are one way to strengthen and tone the body’s systems. Milk thistle has been used since Greco-Roman times to treat liver problems. Several scientific studies support this traditional use. They suggest that a substance in milk thistle (silymarin) can protect the liver from damage caused by viruses, toxins, alcohol, and certain drugs, such as acetaminophen. Because it acts on the liver, Milk thistle can theoretically interact with several medications that are processed through the liver. Milk thistle may help protect the liver against damage from exposure to industrial toxins. In a comprehensive review of studies on milk thistle by the U.S. Agency for Healthcare Research and Quality (AHRQ), milk thistle improved liver function in people with mild liver disease but did not work as well for those with severe liver disease, such as cirrhosis.”

For more information on HAV, click here to view ‘General Information: Hepatitis A’ from the CDC.