New Study: Selenium, a Mineral, May Protect Us from Liver Cancer 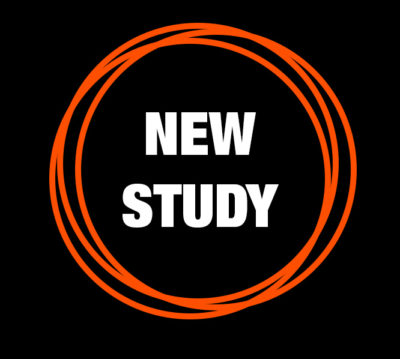 The risk of developing liver cancer is significantly higher for people who have low levels of selenium in their blood, according to a new study published in the American Journal of Clinical Nutrition. Studies show that selenium has strong antioxidant properties due to it’s effect on the glutathione peroxidase pathway, meaning it can protect against oxidative stress (the process by which unstable molecules called free radicals damage cells). Since oxidative stress has been associated with cancer development, some studies have suggested that selenium deficiency (resulting in reduced protection against free radical-related cell damage) might be a risk factor for these diseases.

With this in mind, Prof. Lutz Schomburg at the Institute of Experimental Endocrinology in Berlin, Germany and colleagues set out to investigate whether selenium levels might influence the risk of liver cancer. His team analyzed data from about 477,000 adults who were part of the EPIC study. They identified patients with liver cancer, gallbladder cancer, biliary tract cancers, and intrahepatic bile duct cancer. All patients had developed these cancers over a 10-year follow-up. The blood samples of the cancer patients were assessed for selenium levels and compared with healthy controls.

According to results, the risk of liver cancer is up to 10 times greater in people with low blood levels of the mineral. The researchers found that patients with liver cancer, gallbladder, and biliary tract cancers had significantly lower selenium levels than the controls. Compared with individuals who had the highest levels, the researchers found that those with the lowest selenium levels had a five to ten-fold greater risk of liver cancer. Professor Lutz stated, “We have been able to show that selenium deficiency is a major risk factor for liver cancer.”

The American Cancer Society stats indicate that there will be over 39,000 new cases of liver cancer and intrahepatic bile duct cancer diagnosed in the United States this year, and more than 21,000 people will die from these cancers.

More information on this important mineral

Selenium, a mineral, is a micronutrient – the human body only requires small amounts to function yet lacking selenium weakens our resistance to diseases and infections and this seems to be especially true for older individuals. It is found in soil, animal products, and plant-based foods, including seafood, Brazil nuts, organ meats, milk, and eggs. The selenium provided by food varies greatly, since it depends on how much is in the plants animals consume, or how much is in the soil in which plants grow. Research indicates it is easier to absorb this mineral from meat than from vegetables.

Selenium is required for function of the immune system and health of the heart, for detoxification of chemicals through the liver, for antioxidant protection throughout the body, to form active thyroid hormone, and for cognitive function and insufficient intake can affect any or all of these.

Recent Harvard research indicates selenium may lower the risk of developing diabetes. There is mounting evidence that it also helps prevent cancer. For instance, men who do not use selenium efficiently due to multiple gene defects have a higher risk of dangerous prostate cancer. It may also have protective effects against bladder cancer and some forms of breast cancer. A recent research review of 69 studies published in Scientific Reports indicates that selenium may reduce the risk of breast cancer, lung cancer, esophageal cancer, gastric cancer, and prostate cancer.