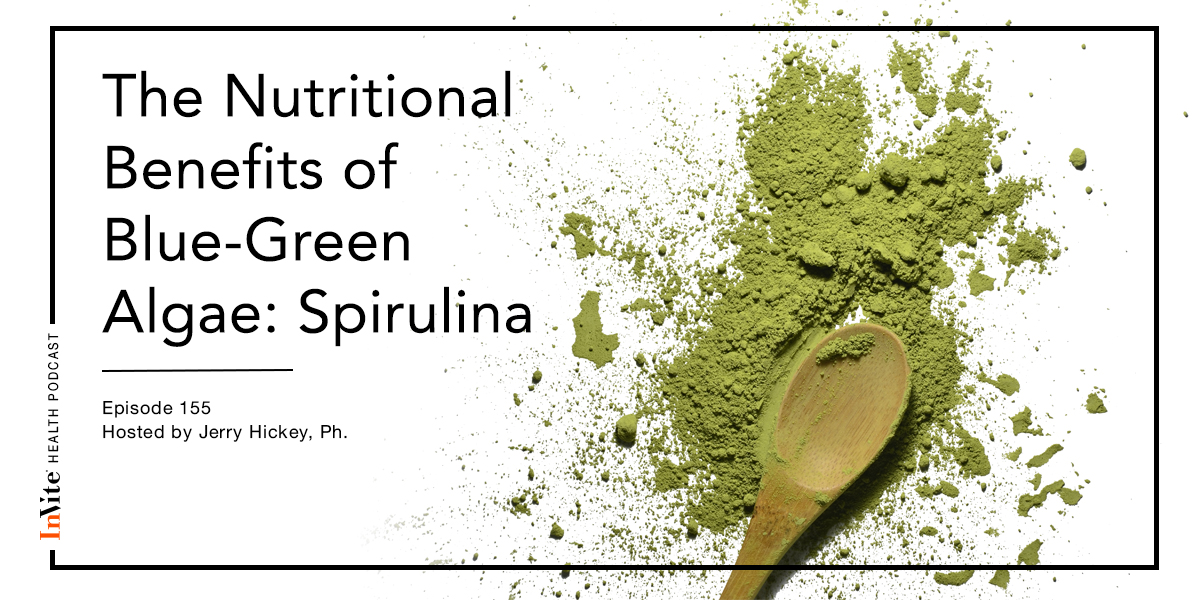 Blue-Green Algae are extremely primitive microscopic bacteria. They previously were classified as single celled plants which they are very similar to; they perform photosynthesis. Some of them are very healthy as foods, namely Spirulina and Chlorella. Unlike some algae, they are also very safe. In a way they are very, they are like primitive probiotic bacteria. They are also used as supplements and as natural coloring agents in foods.

Throughout history and still today in some parts of the world Spirulina has been used as an important food supplying significant amounts of minerals, including calcium, magnesium, potassium and iron, many B complex vitamins and plenty of protein. In fact Spirulina, once dried out, is 60 to 70% protein. Spirulina grows naturally in oceans and salty lakes in subtropical climates. It grows in microscopic spirals, which tend to stick together, making it easy to harvest. It has an intense blue-green color, but a relatively mild taste. Aside from supplements, the U.S. Food and Drug Administration (FDA) allows manufacturers to use Spirulina as a coloring agent in gum, candy and other packaged foods.

Superfoods Can Benefit Adequate Nutrition and Beyond. Learn more here >>

Spirulina and its cousin Chlorella are so nutritious and so easy to grow that NASA is considering growing blue-green algae on board spaceships as a food for astronauts on their long voyage to Mars.

Historically the Aztecs harvested Spirulina from Lake Texcoco in central Mexico, the Aztecs built the city of Tenochtitlan, which was located on an island within the lake.  This lake is pretty much gone; during rains it would flood early Mexico City. The Spanish residents controlled flooding which mostly drained this lake and today most of it is the site of Mexico City. Today, it is harvested from Lake Chad in Africa and is a major source of nutrition for the surrounding population, who make it into dry cakes. Lake Chad is an important source of fresh water to 30 million people in 4 different countries surrounding the lake and many regions consume Spirulina throughout their life. Some anthropologists point to a low incidence of viral infections in these populations likely due to the effects of consuming Spirulina from early childhood.

Why Spirulina is a wholesome addition to the diet

Given its high nutritional profile, scientists examining malnutrition have shown an interest in Spirulina. Several studies have looked at the effects of its supplementation among malnourished populations, including anemic pregnant women and children in developing countries with high poverty rates, according to a 2017 review published in the Journal of International Medical Research.†

A study published in Maternal and Pediatric Nutrition in 2016, involved 87 malnourished and anemic children in GAZA under the age of 5. Researchers gave half the children a child’s vitamin and mineral supplement and the other half were supplemented with Spirulina for three months. The children who received Spirulina had a greater improvement in weight and height gain, ferritin (iron levels) and hemoglobin volume than in the children who received a regular vitamin and mineral supplement. The authors noted the small size of the study and that more research is needed.†

A year-long 2015 study published in Nutrition Journal looked at the effects of Spirulina supplemented to nearly 200 malnourished HIV-positive patients in Cameroon. This had similarly positive results. The participants, who were primarily women, were given standard care, a balanced diet and Spirulina supplements, or standard care and a balanced diet without supplements. In the participants receiving Spirulina, immune system cells that are greatly reduced by HIV increased, as did hemoglobin levels. Supplementation may also benefit HIV patients via immunomodulatory effects, and by reducing viral load, which has been shown in other studies.†

In 2016, the government of the Indian state of Karnataka instituted a statewide program providing malnourished children with Spirulina supplements, according to the India Corporate Responsibility and Sustainability Network. The reported results of the study – a 46 percent reduction in malnutrition cases among young children, pregnant women, and lactating mothers, and scientific studies are underway to better understand the effects of this program.†

In other studies, foods fortified with Spirulina were found to help motor development and prevent morbidity due to upper respiratory tract infections in infants, and positively affect development in otherwise malnourished children.†

Spirulina is a superfood rich in antioxidants. It provides protective support for the liver, the heart, nasal passages, bone marrow and organs of detoxification. It has also been shown to be extremely helpful for those exposed to strong pollutants, environmental toxins, hazards and heavy metals. Chlorella, like its cousin Spirulina, is a member of a group of tiny blue-green algae that are highly nutritious due to their vitamin/mineral content and biological capabilities. It has long been known that chlorella is a source of B-vitamins, minerals and detox factors, however genetic studies are showing they also contain healthy fatty acids. Fatty acids such as Omega-3 and -6 can contribute to fat regulation in the body, such as providing support for healthy cholesterol levels. Algae DHA is also associated with positive effects for brain mass, memory and learning.†

Questions about Spirulina or other Blue-Green Algaes? Leave a comment below to discuss with Jerry Hickey, Ph.!