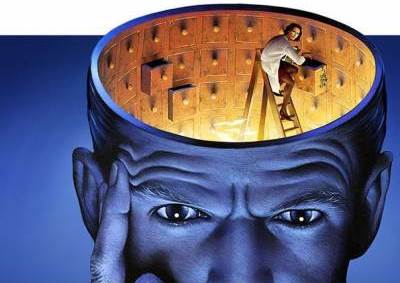 Jerry Hickey is a pharmacist and radio personality and fills the esteemed role of Scientific Director and President of Invite Health. He has spent his professional life analyzing nutritional information and medical studies with the aim of creating the highest quality and most natural nutraceuticals for user’s maximum health benefits. Here, Jerry speaks about the benefits of Phosphatidylserine…

We’re going to talk about a brain health nutrient. It’s considered completely safe by the Food and Drug Administration (FDA) and there are about 2 ounces of it in your body, with 1 ounce residing in your brain. That’s how important it is for your brain. And it’s one of the reasons why eating fish is good for your brain; Fish oils interact with this nutrient and suck it into the brain cells, regenerating them. It’s called Phosphatidylserine.

Sixty percent of our brain is made out of lipids (or fats). A very important fat in your brain is called phosphatidylserine. It’s an important player for cognitive function, for executive functions, and especially for your memory. Phosphatidylserine levels drop with age. This supplement has been clinically proven to improve your cognitive functions that have suffered due to age. You know you get that forgetfulness, that absentmindedness, you don’t remember where you put your keys, you can’t remember your friend’s name, whatever it might be. Clinical studies indicate that that it can slow down and even reverse that normal decline seen in the aging brain that has to do with memory.

Here is some research from the Journal of Alzheimer’s Disease from the University of Sherbrooke up in Quebec, Canada. They show that there is a drop in Phosphatidylserine levels in the aging brain. This is not an Alzheimer’s study; it is a study proving it really is a cocktail of nutrients that are important for the aging brain to help support normal memory functions. Low levels of Phosphatidylserine affects the health of the memory banks of the brain because it gets into the regions where the brain cells communicate which each other and it just helps restore that function.

A study from Tel Aviv Sourasky Medical Center published in a journal called Dementia and Geriatric Cognitive Disorders took 157 people who were older and starting to develop some memory issues over the course of 15 weeks. They were given Phosphatidylserine and also made sure they were either eating fish or taking fish oils. Verbal immediate recall significantly improved in less than three months. A tremendous improvement in memory and cognitive performance on different types of tests occurred, as well. Word recall, the ability to learn and remember, and the ability to copy complex figures all were improved simply by giving them this nutrient.

Here’s another study from The Israel Journal of Psychiatry and Related Sciences – for three months, they gave elderly patients who had typical cognitive decline and memory issues doses of Phosphatidylserine. It improved their brain function all around, their memory and their word recall.

Here’s a different spin on it: if you’re aging, you want to put this back in your brain and you want to eat fish. Salmon is great for the brain, and provides an antioxidant called astaxanthin that shields it. It has choline, the B vitamin involved in brain function. It has magnesium and taurine to calm down the brain and create neurotransmitters and it also has fish oils. The missing component is the Phosphatidylserine. So if you’re eating salmon two to three times a week, that’s a treat for your brain. If you add the Phosphatidylserine, it’s an amazing treat for your brain.

Another study from Angelo State University took a group of their athletes from this college and gave them Phosphatidylserine. Within two weeks, Phosphatidylserine improved the focus and brain function of these athletes. Their math scores also improved; In just two weeks, it improved their math performance time by 20% and reduced a number of errors on the math test by 40% within two weeks.

I have customers and listeners asking me, “My kid has a little trouble focusing; he’s not paying attention in school”. So I suggest two or three things that are really good for their focus. Phosphatidylserine is one of them. If you need to perform and you need to focus, start taking this nutrient two weeks in advance and you’ll find it really has an impact.

So it’s for memory functions, for focus, for concentration, for remembering, for all those executive functions such as planning a vacation, figuring out how much you have in the bank or doing math in your grocery store to figure out your change. Your ability to do all of these things are greatly improved. It also helps school kids pay attention; It helps their grades. And it helps athletes keep their eye on the ball.