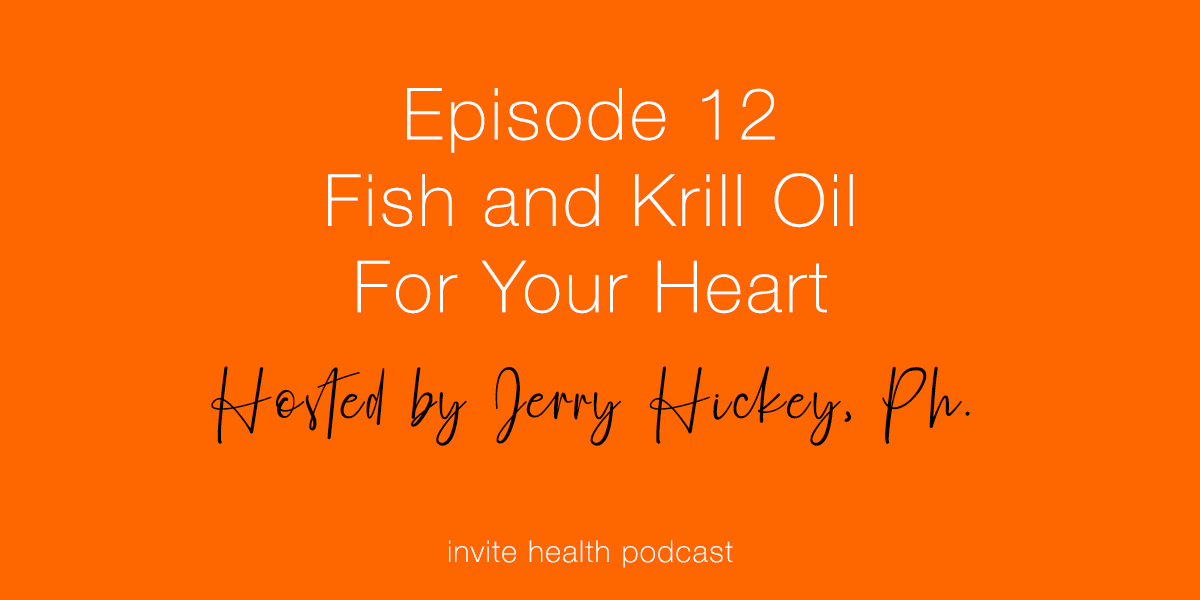 In today’s episode, we will discuss the importance of fish in your diet, specifically krill oil in the support of heart health.

The Science Behind Fish and Krill Oil

A new health claim came out in 2019 from the FDA, which connected fish oil constituents to a drop in blood pressure. Dropping your blood pressure by a few points contributes to preventing the development of heart disease, which can lead to stoke and heart attack.

Fish oils in general are good for your muscles, which includes the heart muscle. For instance, when you give older people fish oils, it helps them maintain their muscle mass for a longer time. Normally, Sarcopenia sets in, when they lose muscle.

There are two very strong meta analysis published in the second half of 2019. This is the highest level of scientific scrutiny and evidence, that collates similar studies. In these studies, researchers were observing fish oils, the heart and heart attacks. One of the meta analysis was published in the European Journal of epidemiology and they looked at the presence of cardiovascular disease throughout Europe. And they found that diets low in fish oils (omega-3 fatty acids), contributed to more than 10% of cardiovascular disease-related deaths.

A similar study by the Institute for Health Metrics and Evaluation in the United States, attributed low fish oil levels to close to 1.5 million deaths every year.

A separate major analysis which included 13 studies of 130,000 people found that those who received fish oil supplements – randomized, clinical trials – had a lower risk of a heart attack and other cardiovascular disease-related events. This meta analysis was performed by the Harvard T.H. Chan School of Public Health at Brigham and Women’s Hospital. The researchers found an association between taking fish oils every day and the reduced risk for most cardiovascular disease outcomes, including a heart attack. This is published in the Journal of the American Heart Association.

Stanford University in California is one of the leading academic research institutions on the plant – I think there are 27 different Nobel Laureates teaching here. Published in JAMA, they reviewed 19 human clinical trials from 16 countries and over 45,000 people. They found that people with the highest blood levels of fish oils had about a 25% lower risk of dying from a heart attack, compared to those with the lowest levels. This is very powerful evidence.