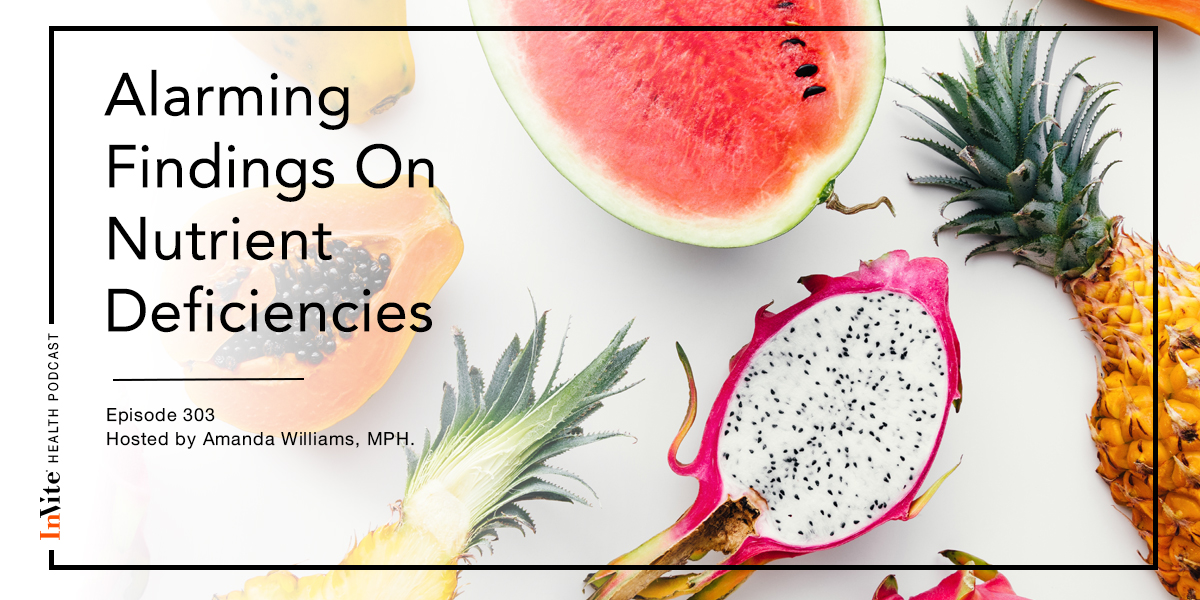 The findings of a long-term study were just released through the American Journal of Clinical Nutrition and they are astonishing. In this particular study, titled “What We Eat in America” they were looking at close to 7000 women in the United States through the National Health and Nutritional Examination Survey. The researchers conducted this data pooling between the years 2011 and 2016. They had these women who were in this particular study do a dietary recall and dietary supplement questionnaire. They wanted to really see how much of their vitamins they were getting from either supplements or their intake of food alone. I want to get into this in some detail because it really is quite shocking in terms of nutrient deficiencies. I want to talk about some of the findings from this particular study and highlight a couple of different areas as to why we know this is so problematic.†

Details on the “What We Eat in America” study

In this study, the researchers found that among 50% of women of childbearing age had an intake of Vitamin A from food that was less than the estimated average requirement. This is the amount that you need to have in order to just meet the standards and 50% of them did not have a high enough Vitamin A intake.†

Are You Getting Enough Out Of Your Fruits And Vegetables? – InVite Health Podcast, Episode 300. Listen Now >>

What this really indicates is that their foods are lacking nutrients. Clearly, this is a problem. The researchers found that women weren’t even getting the bare minimum of these nutrients through a multivitamin. If women are not supplementing, then this inadequate nutrient intake has the potential for driving metabolic dysfunctions, as well as different chronic disease states. Interestingly enough, the women had entirely too much sodium, but then they lacked in everything else.†

The researchers also looked at these women’s blood markers. What they found from identifying in the blood samples was that there was a substantial portion of those women who were at risk for nutrient deficiencies in B12, Vitamin D, iron and iodine, and if it wasn’t deficient, then it was at minimum insufficient. That’s scary because think about what you need all of those things for. Iron is important, for example, when you think about thyroid function. Same thing with iodine.†

Tune into the full podcast episode to learn more about the findings from this study.

The importance of supplementation for Nutrient Deficiencies

This study and many others indicated that dietary supplementation of these nutrients may be one important way for overcoming nutrient deficiencies in women of various life stages. We see that we’re not getting these nutrients from our food and the foods that we are taking in are not giving us the right nutrients.†

In order to figure out what supplements you should be taking, you can get your blood levels tested. If your level in a particular nutrient is low, then you start supplementing. Then you go back in and retest maybe three months later and if the level is coming up pretty nicely, then you know that that’s probably the correct amount for you. If it’s staying stagnant, then you know that you need a lot more of the nutrient, as well as other nutrients that might help ensure it is being absorbed properly.†

Learn more about how to supplement your diet by listening to the full podcast episode.