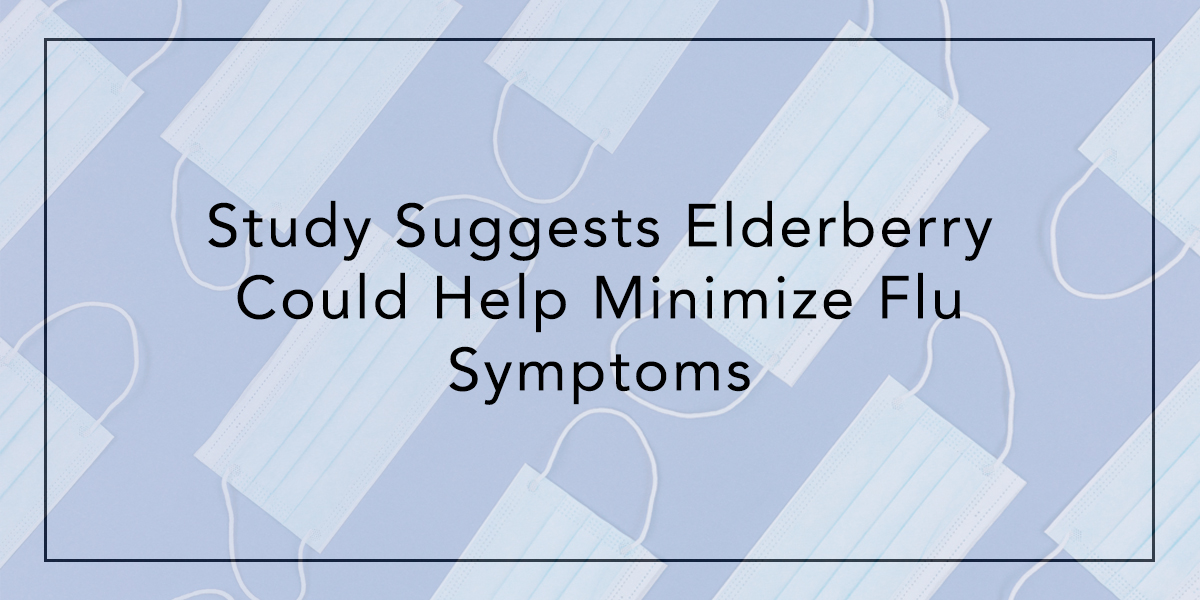 Sambucus nigra, or black elderberry, is a small, antioxidant-rich berry that is commonly found and consumed in Europe and North America. It’s commonly found in many jams and wine, but it has also been used throughout history in the support of immune health in tablets or capsules.

A recent study by a group of Chemical and Biomolecular Engineering researchers from the University of Sydney’s Faculty of Engineering and IT has found evidence that elderberry fruit can help fight against influenza.†

According to the study’s lead researchers, compounds from elderberries can directly inhibit the virus’s entry and replication in human cells and can help strengthen a person’s immune response to the virus.†

Though elderberry has been a popular immune-supportive nutrient for years, this study found that its phytochemicals were shown to be effective at stopping the virus infecting the cells and even more effective at “inhibiting viral propagation at later stages of the influenza cycle when the cells had already been infected with the virus.”†

In a separate study – a randomized, double-blind placebo-controlled clinical trial – performed by Griffith University in Australia, researchers studied 312 air travelers who took capsules containing 300mg of elderberry extract three times a day. Results found that those who got sick experienced a “shorter duration of illness and less severe symptoms”.