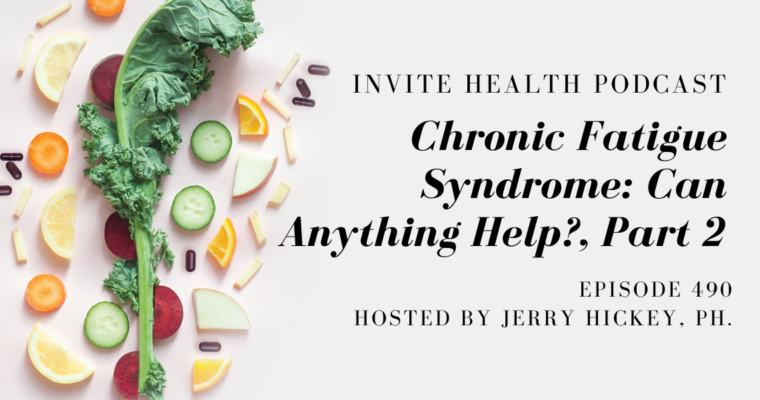 If you’re dealing with chronic fatigue syndrome, there are nutrients that may help boost your energy levels. Learn more about these nutrients from Jerry Hickey, Ph. 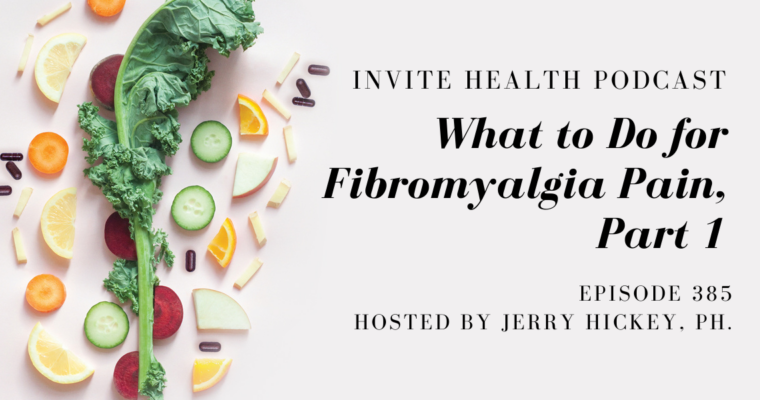 What to Do for Fibromyalgia Pain, Part 1 – InVite Health Podcast, Episode 385

Fibromyalgia is a chronic pain condition that affects over 5 million Americans. These people deal with pain throughout their body that can impact their sleep, energy and overall wellness. Studies have shown that there are some nutrients that can help people with this issue. 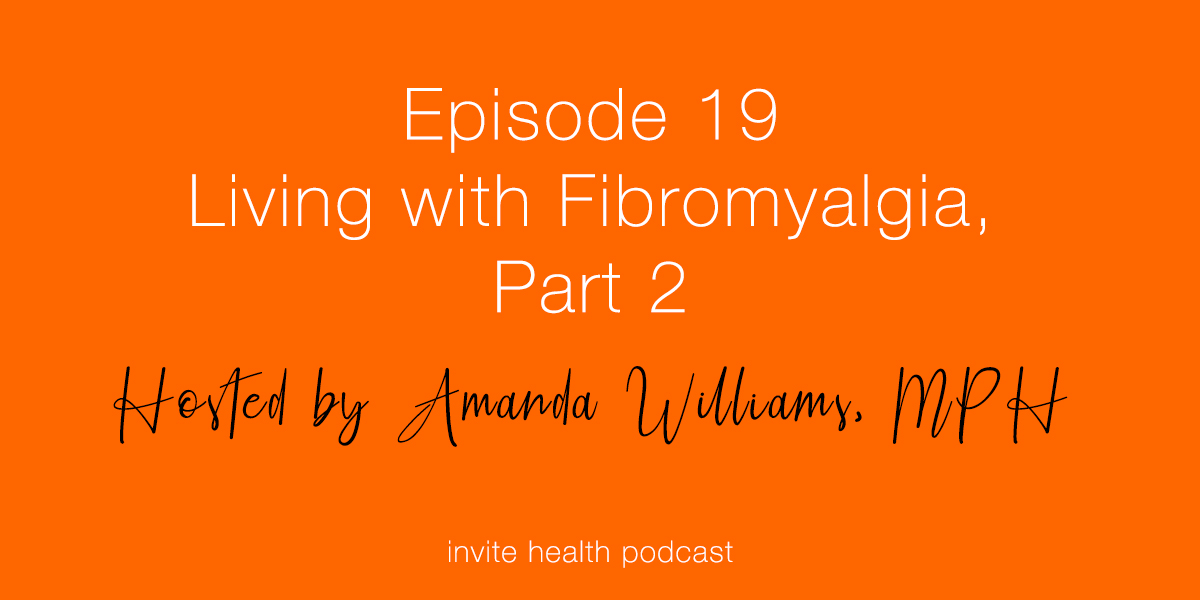 Today’s episode is Part 2 of Living with Fibromyalgia. If you’re just tuning in, make sure you listen to Part 1 that was released yesterday. You can find that episode by clicking here. We are going to be getting into the more scientific and clinical research done on key nutrients that are correlated with Fibromyalgia. We know that many different vitamin and mineral deficiencies have been implicated in the exacerbation of this condition. We’ll be talking about the most basic of nutrients, like Magnesium, B-Vitamins, Vitamin D – if these levels are low, this can have serious consequences in terms of trying to control a lot of the symptoms you may be experiencing.

The Science Behind Basic Nutrients

We know through enough clinical research that even the simple vitamin and mineral deficiencies have a common backbone when it comes to the way that Fibromyalgia presents itself and the way that you are actually feeling. There have been indications that low magnesium, zinc and iron play a role in this. B-vitamins and Vitamin D are also significant players.

When you start to look at the science, it’s really quite expansive. Much of the primary research was focused on pharmaceuticals. But now, especially outside of the U.S., there are many clinical studies that have done a deep dive into these specific nutrients and their benefits in the body.

When your cells are under oxidative stress, this can really start to impede the functionality of that cell. So if you have access free radicals that are being taken in from environmental factors, or the foods that we are eating, this can start to damage the cellular membrane. This is going to cause the cell to struggle to fill its specified duties. In one study, researchers were studying how oxidative stress as well as low Coenzyme Q10 levels can exacerbate Fibromyalgia. They used participants who had the diagnosis of Fibromyalgia or chronic fatigue syndrome and tested their serum-blood levels of Coenzyme Q1o (CoQ10). They found that there was a significant reduction in CoQ10 levels in those who were dealing with Fibromyalgia and chronic fatigue, when given 100mg of a Ubiquinol supplement – the reduced form of CoQ10 – per day over a 12 week study. After supplementation, their CoQ10 levels increased and there was a significant reduction in chronic fatigue scores.

Acetyl-L-Carnitine helps drive fatty acids from the outside of the cell into the cell to be used as energy. A study was conducted over at the University of Verona in Italy through their Rheumatology Department. When they gave patients with Fibromyalgia Acetyl-L-Carnitine (500mg, twice a day) – a double blind clinical trial – versus placebo for a total of 10 weeks, by week 4 and week 6 they started to see a shift in how the patients reported their level of pain, muscle and joint stiffness, their ability to focus and be alert, and their overall mood.

Low levels of Vitamin D can play a role in autoimmune conditions and reduced cardiac and brain health. When levels are normal, Vitamin D does a wonderful job in allowing for the proper function of so many different pathways. One meta-analysis study published in the Korean Journal of Pain set out to research direct correlations between how Vitamin D played a role in Fibromyalgia. Researchers found that, in over 1500 studies assessed, Vitamin D deficiency and Fibromyalgia had a direct link; Vitamin D deficiencies were extremely common in those with Fibromyalgia. This is something that needs to be checked at a frequent and regular basis for individuals living with this condition.

Thank you for tuning in to the Invite Health Podcast. If you missed Part 1 of Living with Fibromyalgia, click here to listen now. You can find all of our episodes for free wherever you listen to podcasts or by visiting www.invitehealth.com/podcast. Make sure you subscribe and leave us a review! Follow us on Facebook, Twitter and Instagram at Invite Health today. We’ll see you next time on another episode of the Invite Health Podcast. 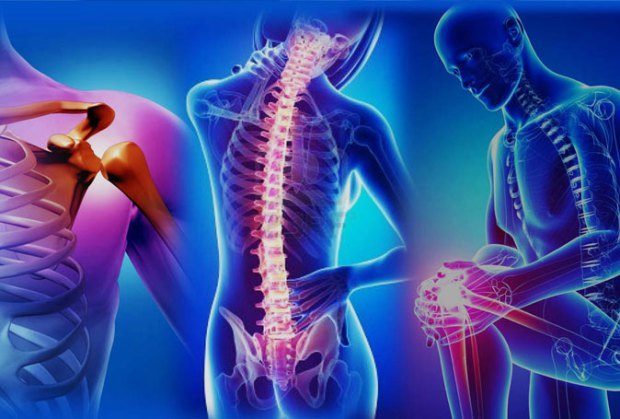 Aches in your back and joints are one thing (and are very common in older individuals) but when the aches turn into pain, you should really pay more attention. Here’s what you should be on the lookout for. First, understand that pain and tenderness are …