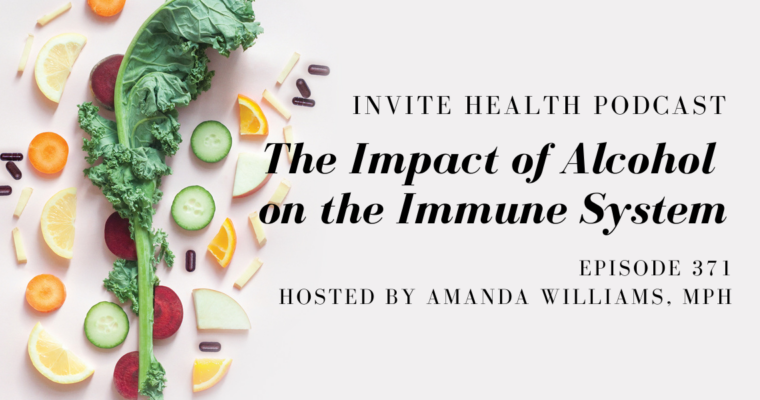 The Impact of Alcohol on the Immune System – InVite Health Podcast, Episode 371

Overindulging in alcohol can negatively impact your immune system, leaving you at risk for developing colds, viruses or worse. Learn about how alcohol can suppress immune responses from Amanda Williams, MPH. 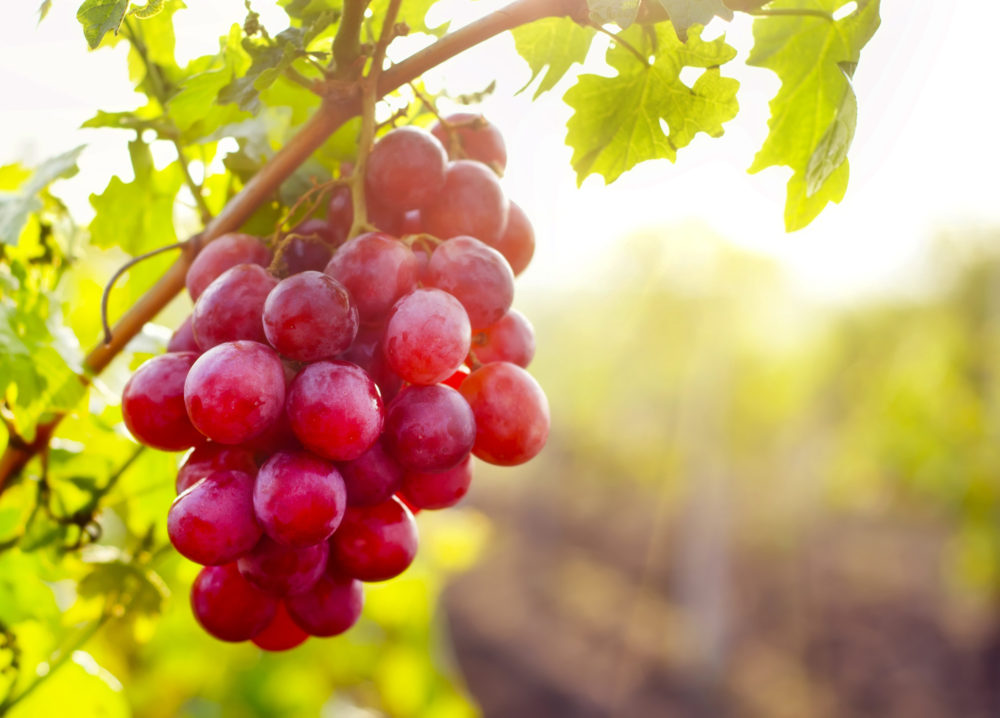 Resveratrol is the Anti-Aging Supplement You’ve Been Looking For

Resveratrol is a phytoalexin, a natural substance that is released by plants to protect them from fungus and other microbes, from extreme temperatures, and from excessive dampness or drought. Resveratrol is found in the skin of red grapes, red wine, and peanuts. As a supplement, … 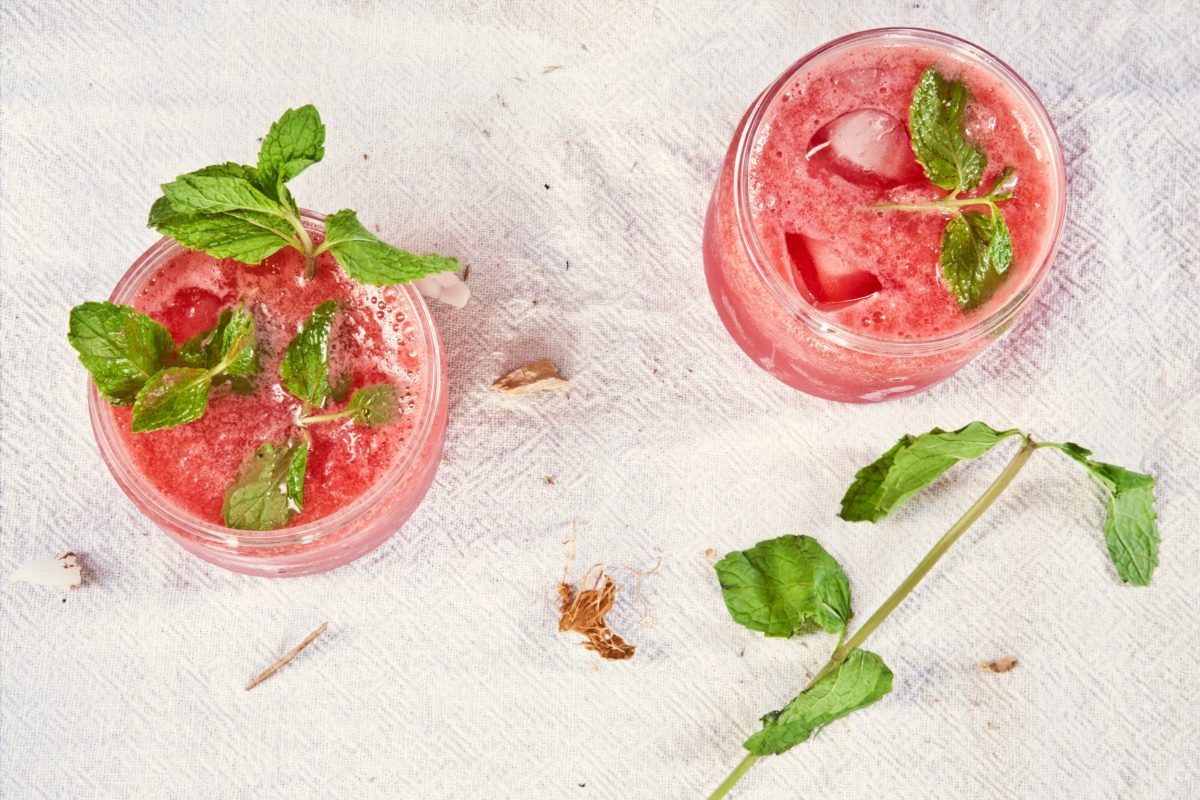 Study: Seven Alcoholic Drinks A Week Might Save You From Heart Failure

Photo by Neha Deshmukh on Unsplash

Now here’s something we can toast to! It’s well-known that consumption of red wine has great health benefits, but recent studies show that other alcoholic beverages in moderation might boost your overall health, too.

In a recent study, researchers from Brigham and Women’s Hospital in Boston found in that moderate alcohol consumption, defined as seven drinks per week, was associated with a 20 percent lower risk of heart failure in men and a 16 percent lower risk in women, when compared to people who didn’t drink at all.

For the study, the researchers looked at data on 14,629 people aged 45 to 64 who were participating in the Atherosclerosis Risk in Communities Study from 1987 to 1989. The researchers followed these participants until 2011, and interviewed them at the beginning and during three follow-up visits about their drinking habits. Each drink was defined as either one small glass of wine (about 125 milliliters), about 12 ounces of beer, or a little less than a shot of vodka or whiskey. After looking at rates of heart failure among the participants, the researchers found those who drank moderately, or about seven drinks per week, were least likely to have it.

The correct foods and heart health supplements can make a major difference in cardiovascular wellness and help to support specific vascular-related health needs.

“These findings suggest that drinking alcohol in moderation does not contribute to an increased risk of heart failure and may even be protective,” said study author Dr. Scott Solomon, professor of medicine at Harvard Medical School and senior physician at Brigham and Women’s. “No level of alcohol intake was associated with a higher risk of heart failure. However, heavy alcohol use is certainly a risk factor for deaths from any cause.”

Although research shows moderate alcohol consumption does indeed have its benefits, there’s a very fine line between healthy drinking in moderation and going overboard – so don’t use studies like this as an excuse to binge drink! If you have a history of addictive behavior, alcoholism or drug addiction in your family, or if you take certain prescription medications like sleeping pills, anti-depressants, or benzodiazepines (anxiety medications like Xanax or Klonopin), it’s crucially important to watch your drinking habits closely.

Resveratrol is a compound found naturally in the skins of red grapes and grape juice. It is commonly known as the “red wine antioxidant”, but this is due to its dark pigment rather than the alcohol content. Resveratrol is a phytoalexin, a natural substance that is released by plants to protect them from fungus and other microbes, from extreme temperatures, and from excessive dampness or drought. Resveratrol is found in small amounts in the following foods – the skin of the red grape, red wine, peanuts, and in Polygonum cuspidatum (a large perennial plant). This plant supplies the highest level of truly active Trans-Resveratrol. Red wine has known health benefits, mainly because of its antioxidant content. However, it’s important that red wine is drank in moderation, as with any alcohol. Alcohol is also corrosive to the stomach and toxic to the liver.

Resveratrol is a major manipulator, but in a positive way that offers major health benefits, as resveratrol manipulates your genes. Resveratrol has been shown to slow aging of the important genes in your brain, your heart, and your muscles, which is crucial because these genes are responsible for the health and function of these organs throughout the aging process. Resveratrol also works as a powerful cellular antioxidant; mediating inflammatory pathways is helpful in the microscopic capillaries. Because of this, Resveratrol has demonstrated a major ability to help protect your heart, circulation, brain, kidneys, pancreas, thyroid and adrenal glands, and many other vital organs and body functions.

What do you think about this new study? Leave us a comment to join the conversation!