Top 7 Benefits of Including Green Tea in your Diet 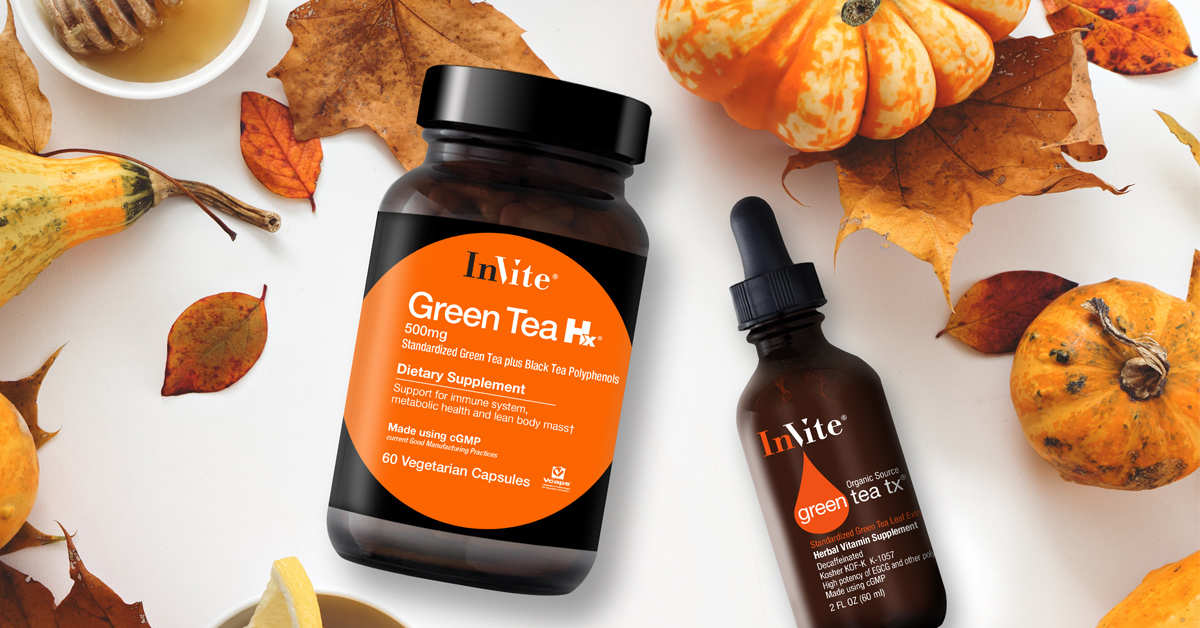 After water, green tea is the most consumed beverage in the world; and there’s good reason for it! The tea plant is rich in valuable antioxidants that tout numerous health benefits from immunity to oral health to weight management. And the evidence is very impressive. But what are the benefits of green tea, you may be asking?

Green tea has been used as a simple and effective immune boost for years, as it has been shown to strengthen and support the immune system in several significant ways. Green tea has long been recognized as having powerful anti-viral properties. ECGC (epigallocatechin gallate) is the most active and well known catechin, or antioxidant, in green tea. Studies have shown that EGCG has the ability to attach to the cell membrane of a virus and block the ability of the virus to infect other cells. One study examined 197 healthcare workers over a period of 5 months during the winter. One group of 98 participants received green tea capsules containing 378mg of catechins (supplying 270mg of EGCG plus 210 mg of L-Theanine. The control group with 99 participants received a placebo. The study participants were asked to report on the occurrence of flu like symptoms including fever plus at least one other symptom such as cough, sore throat, headache or body ache. In the green tea group far fewer got truly sick compared to placebo.[1] It showed that green tea offers more than 3-fold protection against contracting an illness, especially when exposure is significant

Green tea consist of leaves that haven’t been fermented, or chemically broken down, so it contains the highest levels of antioxidants. As we age, damage in our cells caused by free radicals leads to accelerated aging and disease. Antioxidants have been shown to prevent free radical-induced tissue damage by preventing their formation by scavenging them, or by promoting their decomposition. Many scientists and doctors believe that free radicals contribute to the aging process directly, as they have been shown to can change cells, damage DNA, and even cause cell death.

In order to burn fat, it must be broken down first in the cell and moved into the bloodstream. This tea has been shown to aid in this process by boosting fat burning hormones. EGCG has been shown to inhibit an enzyme that breaks for these hormones. Green tea has also been shown to increase the burning of fat during exercise. Medical researchers in Thailand placed 60 obese subects on the same controlled diet; one group on a green tea regimen, the other on an inactive placebo. By the 12th week, the study with participants on green tea showed a weight loss of 7.26 more pounds than those on the diet alone. This was achieved by green tea burning more calories and reducing body fat levels.[2]

According to Amanda Williams, MPH, Director of Nutrition for InVite Health, green tea has been shown to inhibit the acid produced by bacteria that causes cavities in our teeth. Researchers have also studied the benefit green tea provides in targeting bad breath, gingivitis, and reduction of plaque. According to a Japanese study performed by researchers from Tohoku University Graduate School of Medicine and published in Preventive Magazine, drinking one cup of green tea daily may improve dental health and reduce the risk of losing teeth by about 20%.[3]

Inflammation is part of the normal healing process; it is how the body heals itself and is essential to maintain your health. Researchers at the University of Michigan discovered that green tea’s ECGC inhibits the production of the molecules that contribute to inflammation and joint damage in people with rheumatoid arthritis. EGCG was found to suppress inflammation in the connective tissue of arthritis suffers too. [4] One thing you could entertain the idea of, is combining green tea with other anti-inflammatory medicines to help to fight the issue as much as possible for maximum relief.

Many studies have shown EGCG to benefit a better mood, memory and other cognitive functions. In a 2014 study, Professor of Neuropsychiatry at the University of Basel, Stefan Borgwardt and his team gave green tea extracts to 12 healthy volunteers and imaged their brains to see changes in connectivity inside certain brain regions. The volunteers were given beverages containing extracts equivalent to one or two cups of tea. After four weeks, the team saw an increased connectivity in regions of the brain associated with memory.[5]

According to Harvard Medical School’s website, lowering your risk of cardiovascular disease may be as easy as drinking green tea. “Studies suggest this light, aromatic tea may lower LDL cholesterol and triglycerides, which may be responsible for the tea’s association with reduced risk of deal from heart disease and stroke. A study of 40,530 Japanese adults found that participants who drank more than five cups of green tea a day had a 26% lower risk of death from heart attack or stroke and a 16% lower risk of death from all causes than people who drank less than one cup of green tea a day.[6]

[4] Green Tea Compound, EGCG, May Be A Therapy For People With Rheumatoid Arthritis, Science Daily, April 2007.

Questions about the benefits of green tea? Leave Jerry Hickey a comment below to join the conversation!