Why Beta Glucan Should Be Part of Your Immune System Arsenal – InVite Health Podcast, Episode 268 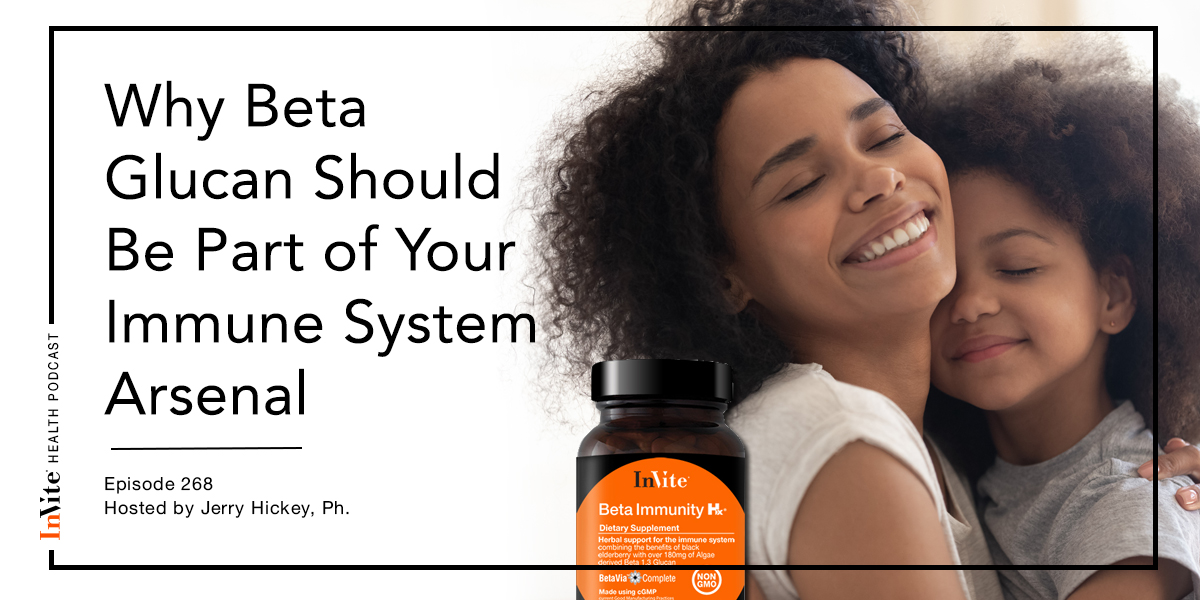 Algae, those plant-like green velvet blankets on the surface of ponds and lakes, holds a vault’s worth of nutrition. One of these algae, called Euglena gracilis, supplies and insoluble fiber that stimulates our immune system whenever we need it. This ingredient is called Beta-1.3-Glucan and it’s very well researched. I’m going to refer to it as Beta Glucan for the rest of the episode.

Some Beta Glucans are water-soluble. You find these in cereals, like oats. Those specific Beta Glucans lower our cholesterol, but the Beta Glucan from this algae called Euglena is insoluble. It stimulates the immune system when you need it and the amount you need to take is very tiny. It fits easily into one of those smaller, easy-to-swallow vegetable capsules. Additionally, Beta-1.3-Glucan has GRAS certification from our Food and Drug Administration (FDA), so the American FDA said this is safe for us to use.†

Euglena is golden-green. It’s really not a plant, although it performs photosynthesis, and it’s really not an animal, although it can move about. It’s a little bit of each. The type of Beta Glucan found in Euglena is an insoluble fiber, in other words you can’t digest it, and it’s found in little pouches, so it’s easy to separate and concentrate. Euglena does not have a cell wall, so it’s also very easy for you to digest and absorb.†

Beta Glucans and the immune system

Let’s take COVID-19, for instance. When a young person gets it, that early part of the immune system is very effective and very active. It destroys the virus before it hurts the child. That’s why many children do quite well with the COVID-19 infection.†

Tune into the full podcast episode for research about the important functions of Beta Glucans.

My recommendation for Beta Glucan is to take one capsule every morning, about a half an hour before breakfast if I was surrounded by sick people. Some people might want to take it all winter long if they’re in constant touch with other people. You can find Beta Glucan in our new Beta Immunity Hx formula.†