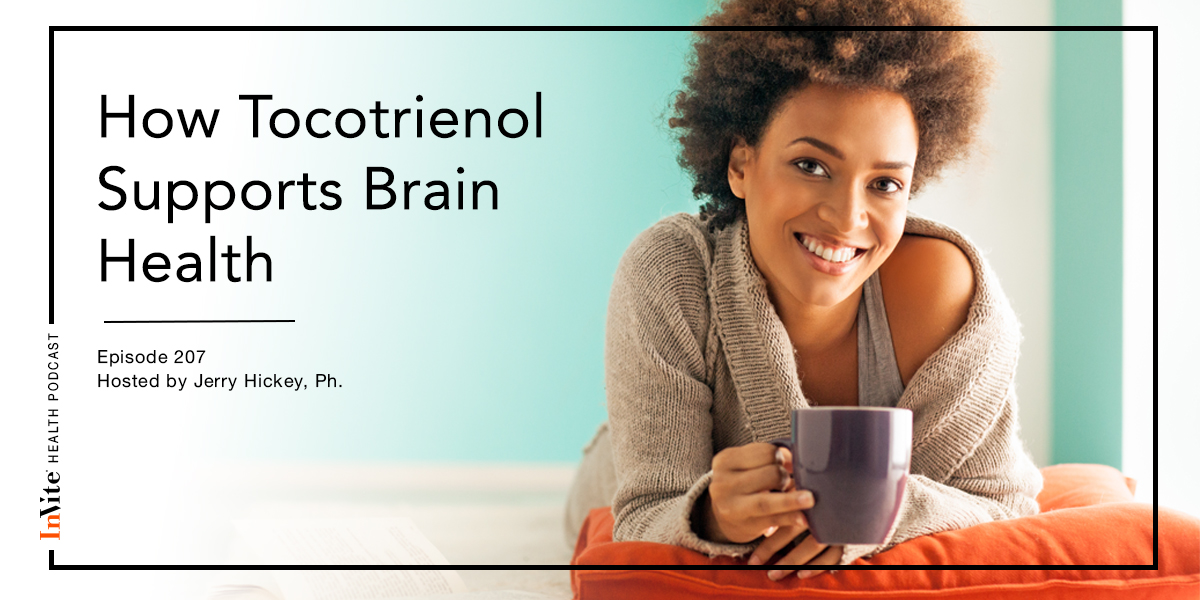 Vitamin E is a very well-known nutritional supplement. It’s a chain-breaking antioxidant and fatty tissue. Considering that the brain is about 60% fat, it would seem that Vitamin E should be very important for protecting brain health, and that is turning out to be very true.

There are two families of Vitamin E, and it turns out that not all Vitamin E is created equal when it comes to protecting the brain. The original vitamin E that you’re familiar with was first discovered in 1922 by researchers at the University of California. It is an important factor for fertility and its name is derived from Greek words meaning ‘birth’ and ‘to carry’.

What are Tocopherols and Tocotrienols?

There are four members of this family, collectively known as tocopherols. The only form of vitamin E that has an established daily value is alpha-tocopherol, meaning that the government deems this vitamin is needed at a minimum level for good health and to sustain life. In 1964, a whole different family of Vitamin E was discovered and it also has four members. These are known as tocotrienols and research is finding that minimum levels are likely essential for brain health. This brings the number of known variants of Vitamin E up to eight – four tocopherols and four tocotrienols and it seems that you need all four for memory health.

A very recent study prompted me to record this episode. Researchers in Japan gave elderly adults with memory loss a combination of a carotenoid called Astaxanthin and the four tocotrienols. This was a randomized, double-blind, placebo-controlled human clinical trial. It was published in the Journal of Clinical Biochemistry and Nutrition. The researchers found that within three months, the two supplements improved memory across a range of activities and was extremely safe to take.†

For more information about astaxanthin and other carotenoids, tune into the full podcast episode.

You only need tiny amounts of tocotrienols. In fact, a very interesting study done at the Ohio State University Wexner Medical Center looked at animals that spontaneously developed strokes. They gave them tocotrienols in their food and found that the tocotrienols helped limit the amount of damage the strokes caused in their brains. They only had to give the animals tiny amounts; it seemed like nano amounts were enough to protect their brains.†

They did a follow-up study with healthy elderly women and they gave them very small amounts of tocotrienols. They found that the amount of tocotrienol that entered their brain was 12 to 20 times the amount needed to protect their brain from a stroke. The Wexner Medical Center is now doing studies where they are giving tocotrienols to patients who previously had strokes to see if the nutrient will help prevent damage if they have another stroke.†

A study from Ohio State University Medical Center published in the Annals of the New York Academy of Sciences in 2004 showed that tocotrienols possess powerful antioxidant properties. All of those things are good for the brain. They found that tocotrienol, especially alpha-tocotrienol, was massively more powerful than regular Vitamin E, even at very tiny servings. It protected the cells of the brain from glutamate toxicity. Glutamate is a neurotransmitter that becomes an excitotoxin when it gets overactive. This means that the brain cells can work themselves to death. The researchers found that even at tiny amounts, the tocotrienols protected the brain tissue from glutamate toxicity, as well as a whole slew of other toxins to the brain. They’re finding that tocotrienols are very powerful as neuroprotective agents and anti-inflammatory agents in the brain, even at very low dosages.†

Tune into the full podcast episode to hear more studies about the power of tocotrienols.