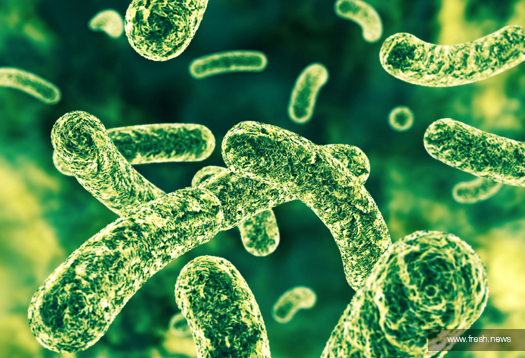 Bacteria is often thought of as an unhealthy and unwanted element in the body. But certain strains of bacteria are actually considered “good bacteria”, as they aid in proper digestion and overall health. Probiotics are live microbes that “help to process indigestible fibers and help keep bowel function regular. They produce a number of vitamins, including B6, B12, and K2, and aid in the absorption of minerals such as iron, calcium, and magnesium. Equally important, they help fend off bad bacteria, which can cause diarrhea and, in extreme cases, severe anemia, kidney failure, and death.”[1] Probiotics may even help to tame an overactive immune system – producing their own form of antibiotics, blocking pathogens from adhering to the gut, and spurring production of chemical messengers called cytokines, which communicate with the immune system throughout the body.[2]

In an early Swedish study, researchers set out to examine the effect of the probiotic Lactobacillus reuteri protectis (a probiotic bacteria that naturally inhabits the gut) on its ability to improve work-place healthiness by “reducing short term sick-leave caused by respiratory or gastrointestinal infections”. Of 262 employees at TetraPak in Sweden, those who took probiotics for 80 days (compared to those who were given a placebo) only 10.6% of workers reported sick-leave for a respiratory or gastrointestinal issue, in comparison to 26.4% who were in the placebo group. The study also reported that the frequency of sick-days was 0.9% in the placebo group and only 0.4% in the probiotic group. Further, among 53 shift-workers, 33% in the placebo group reported being sick during the study period, compared with no reports at all from those in the probiotic group.

Harvard Medical School’s website, Harvard Health Publications, further explains that probiotics may also be useful in maintaining urogenital health – “The dominant Lactobacilli strains normally made it too acidic for harmful microorganisms to survive. But the system can be thrown out of balance by a number of factors, including antibiotics, spermicides, and birth control pills. Probiotic treatment that restores the balance of microflora may be helpful for such common female urogenital problems as bacterial vaginosis, yeast infection, and urinary tract infection.”

Lisa Ganjhu, D.O., a gastroenterologist at the Miller Practice at New York University Langone Medical Center says, “Many experts feel they’re especially useful when your body’s normal bacterial balance in interrupted – which can happen when you’re stressed, ill, traveling, or taking antibiotics.” If you are not sure you are getting enough probiotics in your current diet, speak to your primary physician, a nutritionist, or a healthcare professional.