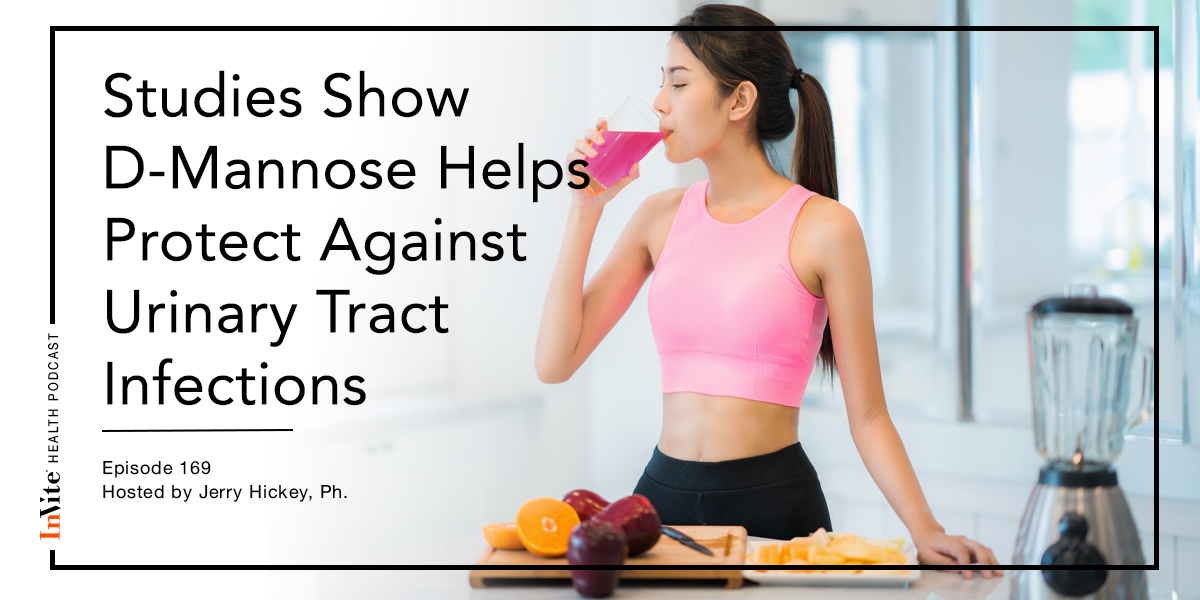 WHAT IS A URINARY TRACT INFECTION?

A urinary tract infection (UTI) is an infection in any part of the urinary system. It could be your kidneys, ureters, bladder and urethra. However, most of the infections in the urinary tract involve the lower urinary tract — just the bladder and the urethra. The most common cause of a UTI is a bacterium that normally lives in your intestinal tract called E. coli (Escherichia coli). Other bacteria can also cause a UTI, but E. coli is the most common. If you don’t treat the infection, it usually doesn’t get better, and if it reaches the kidneys, it can cause a problem.

HOW TO REDUCE THE RISK OF UTIS, ACCORDING TO MEDICAL PROFESSIONALS:

In addition to the tips above, here’s what I recommend to women who contact me for advice:

Clinical Studies on D-Mannose for UTIs

The American Journal of Obstetrics and Gynecology shared a study from August 2020, done by The University of Pittsburgh Department of Obstetrics and Gynecology and Reproductive Sciences and Washington University School of Medicine Department of Obstetrics and Gynecology and Division of Female Pelvic Medicine. They performed a systemic review, sorting through all available data on d-mannose to determine if it had any effect on preventing future urinary tract infections. Through their research, they found that the risk of future UTIs decreased by 77% when on d-mannose, whereas antibiotics only decreased the risk by 61%. They said, “D-mannose appears protective for recurrent urinary tract infections versus placebo with possibly similar effectiveness as antibiotics.” In other words, the d-mannose works and that’s preventing a future urinary tract infection.

The journal Climacteric shared a study from April 23, 2020, done by the University of Pisa’s Department of Obstetrics and Gynecology and the University of Madinah and Jos (10:04) They worked with 40 post-menopausal women who were undergoing prolapse surgery for bulging urinary bladders. The women were split into two groups: one which took a d-mannose with cranberry supplement twice a day for two weeks and another which took a placebo at the same frequency. This was to test to see if the d-mannose would prevent complications like UTIs and cystitis. What they found was the women on the d-mannose and the cranberry did significantly better. They had fewer complications from the surgery. The lower urinary tract symptoms connected with this surgery after menopause was really helped by combining d-mannose and cranberry.

The World Journal of Urology shared a study of 308 women who had severe UTIs, which were also recurring. The women were split into three groups. One group went on d-mannose for six months, another on a placebo, and a third on a powerful antibiotic called nitrofurantoin, which is commonly used to prevent and treat UTIs. The women on the d-mannose and nitrofurantoin, in comparison to the women who received placebo, experienced far fewer UTI episodes over the six month period. The women on d-mannose had fewer infections than the women on the antibiotic. It was actually more protective than the antibiotic.

The journal Minerva Gynecologia shared a study done at The University of Siena. They looked at how, as women age, it affects their urinary tract and it makes them more susceptible to urinary tract infections. With reduced estrogen after menopause, cystitis becomes pretty common. They also develop bladder inflammation. So what they did was they gave them d-mannose, 150 women age 40-50 suffering with recurring cystitis with or without bacteria. They found that 92% of the women on d-mannose saw improvement in their urinary tract symptoms and UTIs.

The University of Sapienza in Rome’s Department of Gynecology-Obstetrics and Urology, did a study on women with current UTIs, which was shared in the European Review for Medical and Pharmacological Sciences. They found that d-mannose helps you get over a UTI and that it strongly prevented future infections. With d-mannose, only 4.5% of women developed future UTIs. Without d-mannose, a third of them developed future UTIs.