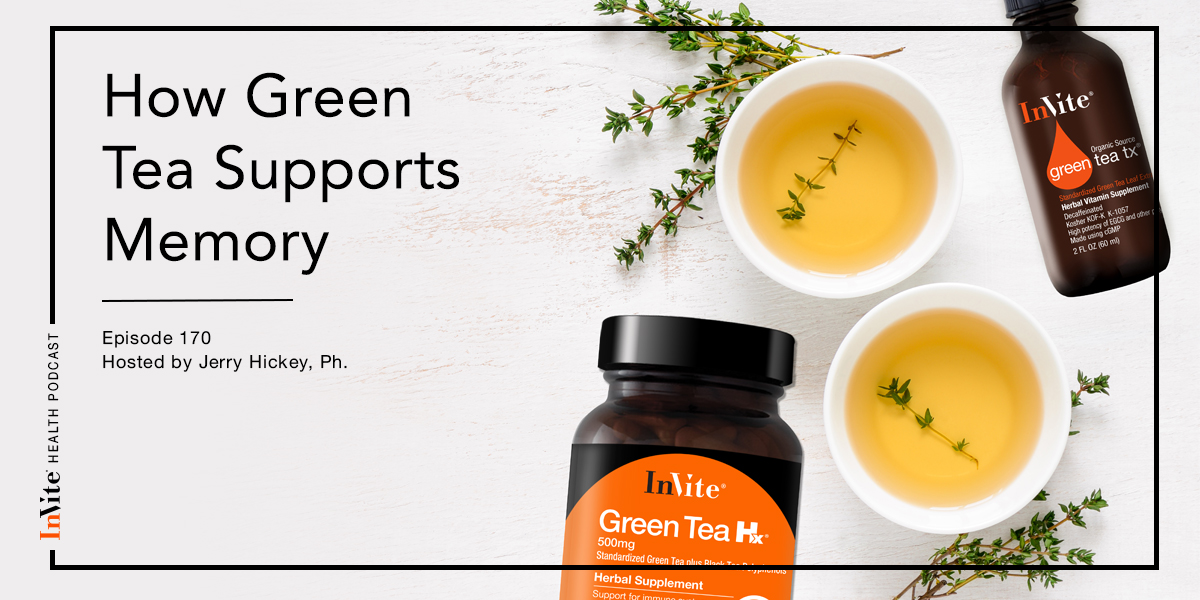 Over the last three decades, green tea has been studied for its beneficial effects, including its neuroprotective effects (protecting the tissues and the cells in your brain). Green tea is very beneficial to brain health and also helps to support bone, breast and prostate health, retain muscle, promote longevity and reduce the risk of developing age-related frailty, according to numerous studies.

HOW ARE MEMORIES FORMED IN THE BRAIN?

In the brain, memories are started in the form of strengthened connections between nerve cells called neurons. This takes place in the cortex, which is the outer layer of the brain. The neurons process the information brought in by our senses and start to lay down memories. Later on, the neurons reactivate to allow us to access our memories. The part of the brain called the hippocampus binds together the separate sensory information to form the single memory. Memories strengthen the connection between these neurons and these neurons work together. There is a microscopic space between each neuron called a synapse so messages travel between them through little brain chemicals called neurotransmitters.

Green tea has a lot of natural components in it and they seem to work better when they’re all together. But research shows EGCG might be the most important.

A recent breakthrough study by Japanese researchers published in the International Journal of Molecular Science shows that the EGCG in green tea induces neuritogenesis. Neuritogenesis is the process of repairing the communication projections of neutrons. These projections between brain cells become frayed with age and this affects the ability of the cells to transmit messages, including memories. Neuritogenesis can help prevent age-related brain dysfunction and memory loss. It also improves the formation of memory cells, so it’s not just repairing the gap in between the cells, it’s actually creating new cells.

A team of Chinese researchers performed a study focusing on EGCG from green tea. EGCG boosts the production of neural progenitor cells. These are like stem cells in the brain and they can adapt and differentiate into different types of cells, such as memory cells.

About 8 or 9 years ago, researchers discovered that when we enter deep, non-REM sleep, we release something called brain derived neurotrophic factor (BDNF). A Harvard neurological researcher described BDNF as “Miracle Grow for the brain”. What this means is that green tea somehow is establishing the ability of the brain to create new memory cells at night, something that starts to decline with age, so this is a good find.

A WORD ABOUT TEA

White tea buds are picked early in the spring and are generally light amber in color. White tea is loaded with polyphenol antioxidants. When the white tea buds are turning into leaves, they are picked and steamed in order to inhibit an enzyme that would otherwise ferment the ingredients in the tea leaf. This process creates green tea. If they don’t steam the leaf and they let it progress about halfway, it becomes oolong tea. If they let it ferment all the way, it becomes black tea. Black tea has completely different ingredients, such as tannins, which are very dark and good for the heart.

The ingredients in Green Tea that support brain health with the most evidence are the following;

SOME RESEARCH ON GREEN TEA

A study done by the Department of Psychiatry at the University of Basel in Switzerland was published in the Journal of Psychopharmacology. Researchers worked with young men, giving them a soft drink that contained several grams of green tea extract before asking them to perform working memory tasks. Working memory is memory involved with your current tasks, like keeping your eye on the ball. The researchers analyzed how the green tea extract affected the brain by using functional MRIs. The MRIs showed increased connectivity between the parts of the brain involved in problem solving, communication and memory skills, the parietal and frontal cortex of the brain. The researchers said: “Our findings suggest that green tea might increase the short term synaptic plasticity in the brain.” Plasticity is the ability of the brain to adapt to things and create new neural networks and connectivity, so that you can learn, make memories and solve problems.

The Journal of Nutrition, Health and Aging published a study done by the School of Public Health, Indiana University in Bloomington, Indiana. The researchers looked at the effects of green tea on working memory in healthy women. They worked with younger women aged 21 to 30 years old and older women aged 50 to 63 years old. The test also looked at green tea versus placebo. Researchers found that the green tea they used, which was decaffeinated and high in EGCG, helped the older women pay attention and perform mentally, such as in reading skills.

The University of Basel Department of Psychiatry in Switzerland and King’s College London’s Institute of Psychiatry performed a systematic review and meta analysis which was published in the Journal of Phytomedicine. They looked at 21 quality studies and found that green tea improved psychological symptoms, such as anxiety and stress, as well as cognition, including attention span and focus. It also improved brain functions, like working memory seen on functional MRIs.

A study done in Japan and published in the Journal of Nutrients found that green tea extract boosted a range of cognitive functions, with particular benefits in short term memory. The researchers worked with elderly nursing home residents who had cognitive dysfunction. They found that the green tea extract improved results on the Many Mental State Exam, which is given to people to judge to see if they have any level of dementia and how well they’re doing and how their medication and treatment are going. It probably goes back to improving short term memory, focus, attention span and also receding the brain with new memory cells. That’s called cognitive reserve.

There was this great study in the 1980s that took place in the southern United States. Researchers examined a group of elderly nuns who donated their brains to science. They found that a number of the nuns had Alzheimer’s damage in their brain. They should not have been able to function, but they went on functioning because they developed cognitive reserve. They developed new healthy, young memory cells that were not tainted by the brush of Alzheimer’s-type damage. They did this by keeping busy, by being socially active with the other nuns, by doing volunteer work, by working in the garden, and by communicating.

Cognitive reserve is a very important concept. As we grow older, we release less BDNF, so we create fewer new memory cells. Young people create between 600 and 800 BDNF each night, so by the time they’re 50, they’ve already replaced all their initial memory cells. The problem is in your 50s, 60s, and 70s, you release less BDNF, so your production of new memory cells slows down. If there are ways that you can establish and restore some level of release of brain derived neurotrophic factors than are typical for your age group, you create more new memory cells. These new cells continue to function even though the rest of the brain may slow down.

A study by Korean researchers who published their findings in a Journal of Medicinal Foods found that if an older person took a green tea supplement every day, it boosted their mental alertness and enhanced their memory. They worked with 91 elderly people with mild cognitive impairment over a 16 week period. They took electroencephalograms of some of these subjects and it showed powerful proof that the green tea improved the function of the brain, the activity in their brain and key regions in the brain involved with memory.

If you’re going to drink green tea, look for organic options, since green tea is often sprayed with powerful insecticides like DDT that can be harmful to the body. Add lemon to your tea to protect the ingredients from your digestive juices, but avoid adding milk as it binds up the beneficial ingredients.