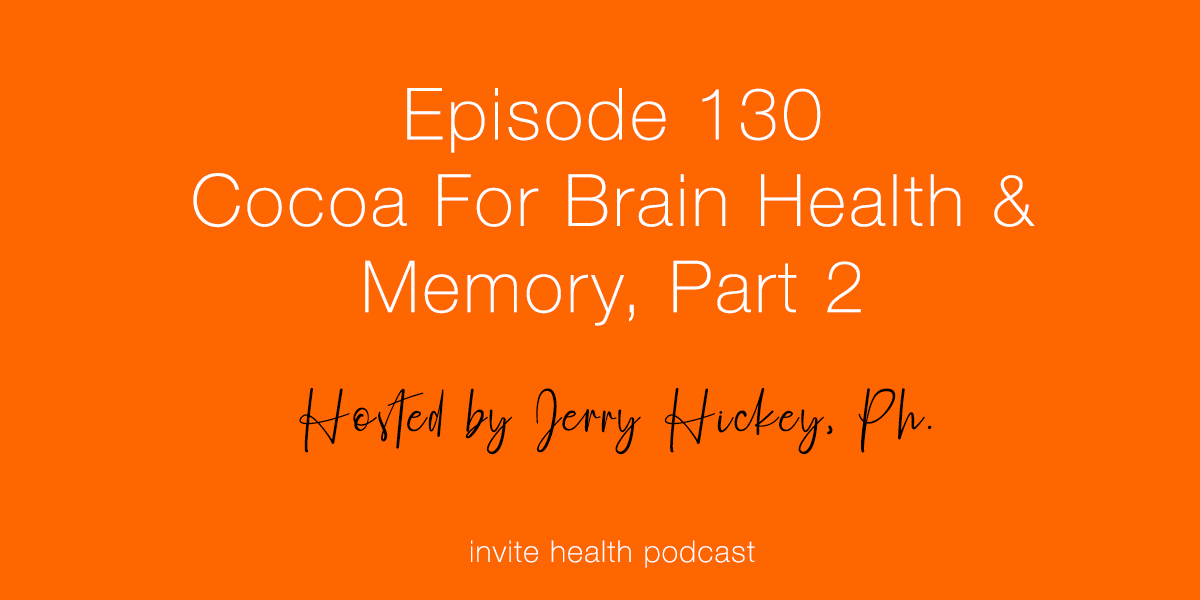 Welcome to Part 2 of Cocoa For Brain Health and Memory! If you missed Part 1, click here to listen now. In Part 1, we discussed the benefits of cocoa and some studies that show evidence of them. Let’s continue talking about this powerful superfood today!

How Pollution Impacts Your Brain

Vehicle pollution releases Fine Particulate Matter. Fine, meaning that it is really tiny. When you inhale this matter, it inflames the lungs and is very easily solubilized into your blood. When it mixes into the blood, it shoots right from the blood into the heart. This inflames the heart, and the heart then pumps this blood all throughout the body. Researchers have found that inhaled pollution is involved with fatty liver, a decline in kidney function, damage to the heart, strokes and memory loss. Memory loss occurs because it gets into the brain, inflaming it.

Several studies from the University of Montana Missoula along with other academic research institutions looking at children who lived in an urban area who were around a lot of pollution. Researchers compared them to children  that lived in more pristine surroundings around the country with more clean air. They found that the kids living in the city that were exposed to all of this air pollution had inflammation in their brain and heart. They also did not do well academically. Pollution seems to impact their mental function, memory, judgement and processing. Researchers also found plaques in their brain that you would normally see in 70 or 80 year old elderly adults and in Parkinson’s Disease and Alzheimer’s Disease. This kids were put on a high-quality cocoa supplement and within nine to 21 days, the level of inflammation in their heart and brain dropped and they were doing better academically and in memory function tests.

Not only had Cocoa been shown to help restore circulation to the aging brain, which we discussed in Part 1, but it also has been shown to help restore memory in aging people and it helps to defend the brain from inflammation, toxins and pollution. Research also shows that a number of ingredients within Cocoa help to calm the brain down, helping with stress and nervousness.†

Cocoa and Memory in Aging People

Published in the journal Nature Neuroscience, researchers from NYU and Columbia University Medical Center in New York found that age-associated decline in memory function has to do with a part of the brain that is called the dentate gyrus, which sits next to the hypo campus (a major organ for memory). They found that with age, as circulation to the brain declines, these two organs start to shrink a little bit, pull apart and stop functioning well together, impacting memory. In this study, high-quality cocoa – specifically its component flavon-3ols – helped to restore circulation to the dentate gyrus, helped the dentate gyrus better connect to the hypo campus and helped to improve memory. Researchers reported, “When we imaged our research subjects brain we found noticeable improvements in the function of the dentate gyrus in those that consumed a high-cocoa flavanol drink.”

Questions about the benefits of cocoa? Leave a comment for Chief Scientific Officer and Pharmacist, Jerry Hickey, Ph.