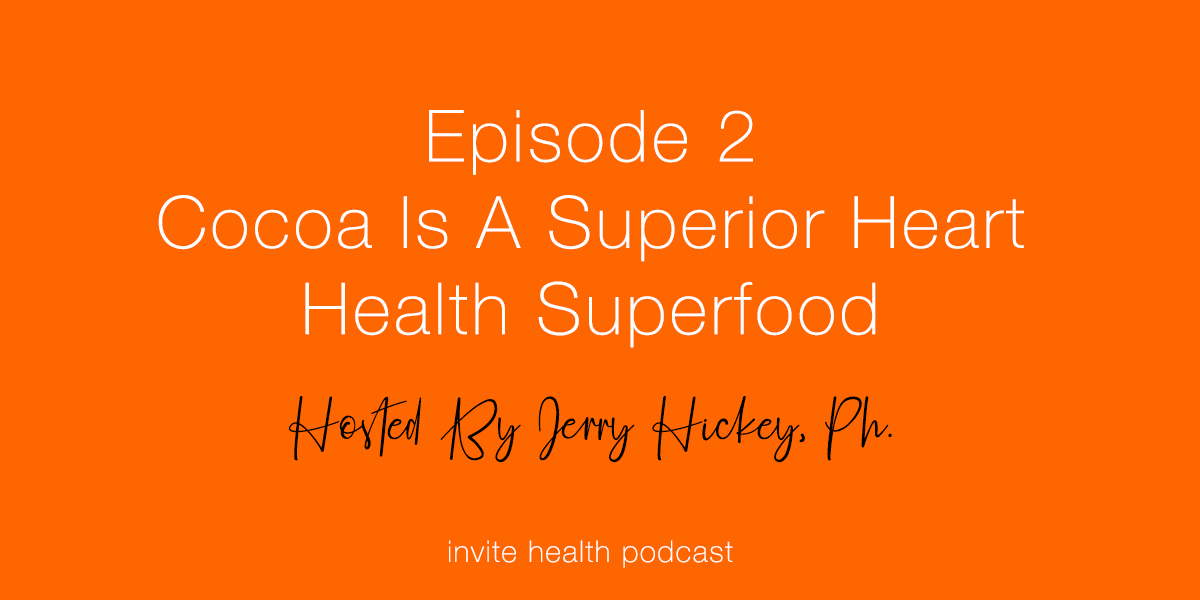 Consuming this powerful superior that is rich in Flavanols over a 30 day period made significant improvements to important risk factors such as blood pressure, circulation, and cholesterol in 100 healthy middle-aged men and women. It improved Flow Mediated Dilation, meaning that when the heart pumped blood, the blood vessels reacted more appropriately – opening up for improved circulation. This takes a great deal of pressure off of the heart; if blood vessels do not adequately open, the heart must pump harder to force blood up to the brain and down to the legs.†

In a different study, a review of 19 randomized clinical trials by researchers at Harvard, Brown, and Emory University’s, Cocoa was found to improve insulin sensitivity, boost HDL-good cholesterol, reduce triglycerides, which is one of the greasy fats that contributes to heart disease, and cocoa lowered dangerous inflammation in the heart and arteries. This is all great news, since cocoa is loved by so many, but researchers caution that the flavanols in cocoa can be lost or diminished when cocoa is processed into chocolate. This is due to a process called dutching that adds sugars and milk fats commonly found in your favorite chocolate bars.†

Interestingly, a number of large recent studies indicate that many people who suffer a heart attack have normal or even low cholesterol and often these heart attack sufferers are taking cholesterol lowering medications. The common cause here appears to be inflammation in the blood vessel walls and the heart. You can have a test to see if you have this sort of inflammation as part of your blood test; it is called hs-CRP. Once again; this superfood is able to help curtail this form of inflammation according to human clinical trials.†

Cocoa has been shown to reduce hsCRP in a number of studies, and elevated hsCRP is a major cause of heart attacks. A large, long-term study from researchers in Boston and Stockholm of over 1,000 heart attack survivors over an eight year period shows that consuming cocoa flavanols reduced their risk of dying from a future heart attack by 44% and that was if they consumed the cocoa just once a week. If they consumed the cocoa more than once a week it reduced their risk by a powerful 66%.

This is a linear, dose-related response; the more frequently cocoa was consumed, the lower their risk of dying making this a strong result from a well-powered study. Well-powered means the study included many heart attack survivors and they were followed for a long enough time; eight years on average.

The Impact of Pollution on Your Heart

Another source of inflammation is pollution. Pollution from cars, trucks and buses, contains millions of tiny particles. These tiny particles, referred to as fine particulate matter, when inhaled are easily diluted into our blood and when passing from the lungs into the heart and circulation trigger inflammation in the circulatory system. Research from the University of Missoula, Montana have found that Cocoa reduces this inflammation within as little as 9 days. Again showing value for protecting the heart.†

According to research having a serving of cocoa as little as twice a week has real benefit for the heart. One caveat; don’t mix cocoa into milk; milk seems to offset the benefits of cocoa for reducing circulatory inflammation; mix it in water or unsweetened almond beverage.