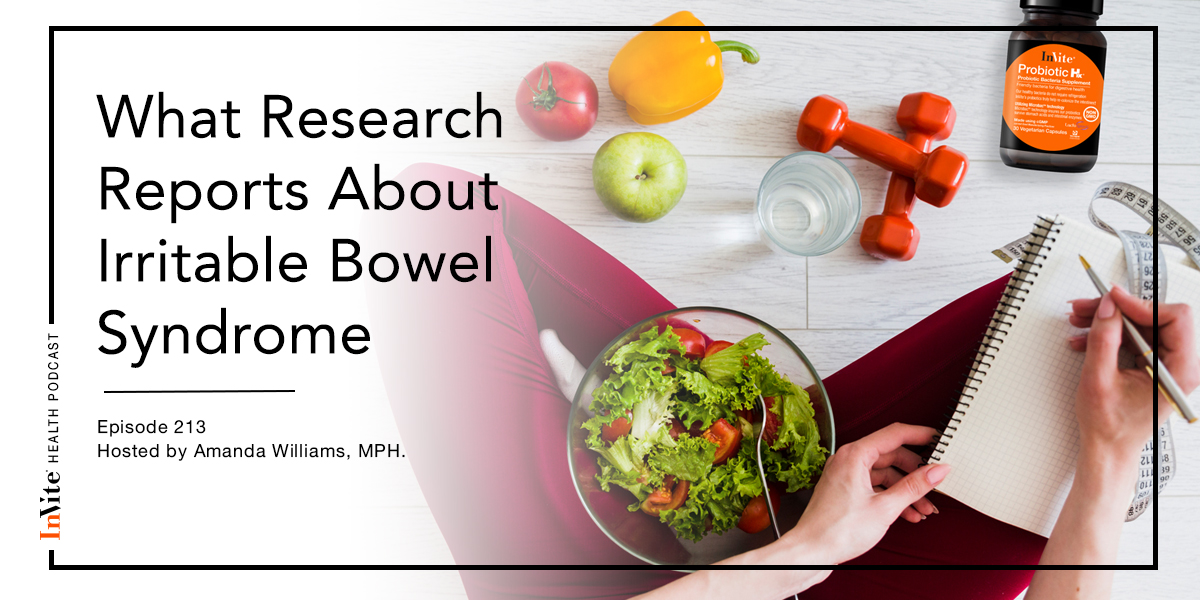 We’ve all heard someone complain about having a bad gut. Oftentimes, we don’t realize just how common this is. I want to talk in detail about what the scope and the statistics of Irritable Bowel Syndrome actually are in this country, and what you can be doing when it comes to your diet and different nutrients that can be incredibly supportive and beneficial for maintaining the intestinal mucosal lining to try to avoid having these flare ups and this constant irritation.

We know, according to the American College of Gastroenterology, that Irritable Bowel Syndrome is a very common problem within the United States. It’s estimated that upwards of 15% of the adult population suffers from some form of irritable bowel.

What does Irritable Bowel Syndrome actually include?

There are several different symptoms that can technically categorize someone as having Irritable Bowel Syndrome. They can include issues with diarrhea and issues with constipation. There can be mixed symptomatology, where one time you have constipation, the next time you’re having diarrhea.

We know that this is really very common and we know that we can have issues with bloating and distention. We know that there can be recurrent abdominal pain, and this can really have a significant burden to someone’s overall health and their sense of well-being. We’ve all seen the different pharmaceutical commercials that are on TV where people are showing that they’re missing out on key parts of their life because of the irritations of Irritable Bowel Syndrome. We know that this is a problem and we know that so many Americans are contending with this on a regular and consistent basis.

What can we do to help with Irritable Bowel Syndrome?

I think first and foremost, you have to look at the diet and how much of a role it plays into this chronic inflammatory problem that’s occurring. What we know is that foods are a major trigger to this. Unfortunately, for many people who have been diagnosed with Irritable Bowel Syndrome and other diseases such as Ulcerative Colitis and Crohn’s Disease, they’re usually not given the full tools to really manage this and to try to allow for some correction.

The reason why is because they never address the foods. Oftentimes, they immediately look at what medications can be given to someone. That’s a really unfortunate thing because oftentimes, what we find is that when we start to put the right nutrients in, we’re getting less inflammation within the intestines and better absorption of nutrients, and many of these symptoms begin to go away. Foods truly do matter, and having that adherence to a diet that’s high in fiber and antioxidants is very, very important.

We also have to recognize that when someone is at a point with their irritable bowel, sometimes they’ll find that when they start to incorporate these healthy foods in, this actually becomes incredibly problematic for them as well. We know that it comes down to the inflammation factor and it also comes to gut dysbiosis. When we have a bad blend of bacteria that are residing within the intestines, we know that this can also exacerbate all of those symptoms. We know that humans are carrying anywhere from one to four pounds of bacteria around with them on any given day. These bacteria are initially intended to keep us healthy. However, we can have too many bad bacteria that start to outweigh the good bacteria. When this happens, this can certainly bring on excessive inflammatory response, which can worsen a scenario like Irritable Bowel Syndrome.

We also have to think about what we can do to ease up that inflammatory response that occurs. We can look at Resveratrol. It is so widely-known and widely-studied in the setting of Irritable Bowel Syndrome, but never discussed in terms of traditional medicine. We know from the Frontiers in Cellular Neuroscience journal that Resveratrol helps to improve the brain-gut axis by regulation of the 5-Hydroxytryptophan-dependent signaling within the intestines. That is important because many people may find that periods of stress or anxiety can actually worsen their irritable bowel. Resveratrol is helping to support the better regulation of serotonin release within the intestines.†

Tune into the full podcast episode to learn more about nutrients that can help with Irritable Bowel Syndrome.