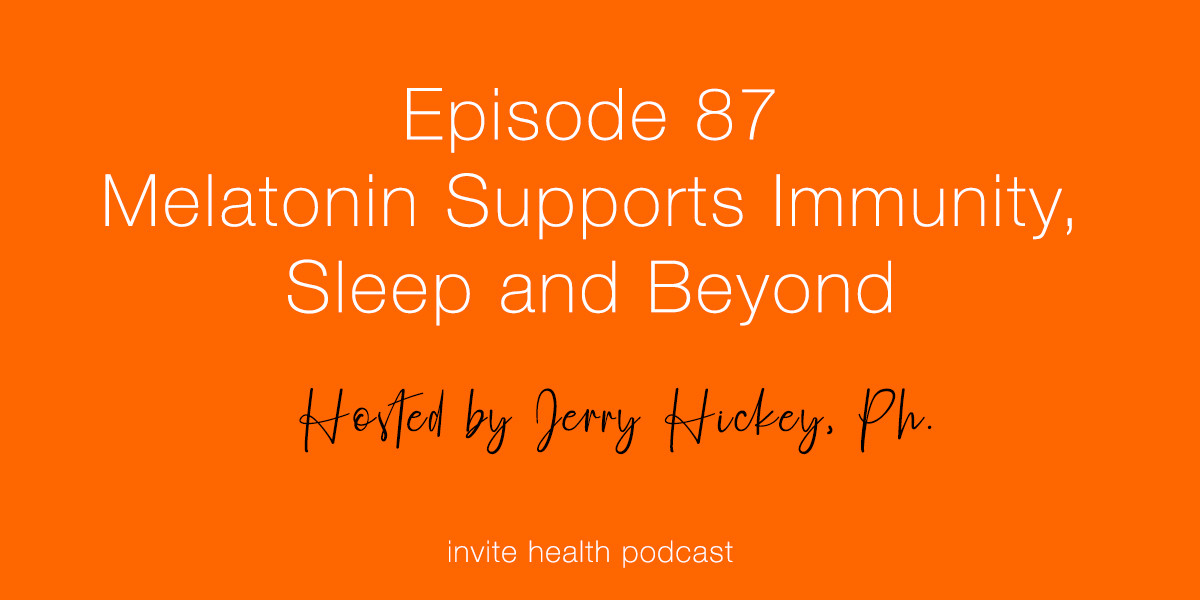 Melatonin is a sleep hormone and it also helps restore immune system function. For sleep, Melatonin regulates your sleep and awake cycle; this is very important for aging where we start to lose control of our circadian rhythm. Darkness triggers the release of melatonin from a small gland near the center of your brain called the pineal gland to set you up for sleep. We now know that Melatonin is also released from the digestive tract and also the extremely important discovery that our immune system can manufacture and release Melatonin. This demonstrates the importance of Melatonin, like Vitamin D to our immune system.

Melatonin and Sleep; the evidence

A meta analysis of modern research was performed by a team from MIT. This put an end to any discussion of Melatonin and it’s beneficial effects for sleep. A meta-analysis bundles together similar studies of high quality and essentially tells you yes or no; that a treatment works or doesn’t work. In this report, the scientists looked at studies of Melatonin and sleep. They analyzed 17 human clinical trials published in peer reviewed journals. The results of the analysis in well performed, non-biased, human clinical trials comparing Melatonin to placebo gave a resounding conclusion of “yes” – melatonin does work for sleep. They found that melatonin reduced sleep latency (how quickly you fall asleep), increased sleep efficiency and increased sleep duration. So, with melatonin, you fall asleep faster, sleep deeper, experience more refreshing sleep and sleep longer.

Melatonin and immunity; the evidence

In a study performed by the Institute of Biomedicine of Seville (IBiS) and Department of Medical Biochemistry and Molecular Biology, Virgen del Rocío University Hospital/CSIC/University of Seville, researchers set out to study melatonin and its impact on immune health. Besides the pineal gland, it has been found that other sites manufacture melatonin and a major site for melatonin  is the immune system. The digestive tract also releases this hormone.

Our immune system responds to infection by two main types of immunity – the innate or non-specific immune system, and the acquired or educated and specific response. The innate, non-specific defenses are present even before an infection occurs. This gives a quick response to contain a virus faster, helping prevent it from getting too established and dangerous. The major components of the innate response are macrophages and neutrophils. In contrast to the innate response, the specific immune response is acquired and refined, but this takes time. NK Cells T and B lymphocytes are the main components of the acquired immune response. They travel around your body mostly via your lymphatic system.

Learn more about your Lympathic System by clicking here! >>

A large body of evidence has shown a clear relationship between the neuroendocrine and immune systems. Melatonin is considered to be a very important member of this network. Thus, evidence is emerging that the immune system is one source of extrapineal melatonin (melatonin manufactured outside of the pineal gland).  By the time we reach 65 years old, we experience a process known as immune-senescence, which is aging of the immune system. We experience a drop in the number of immune cells and a weakening of their potency leading to an increased likelihood of developing an infection or cancer.  The decline in the production of a number of hormones associated with aging, such as melatonin, has been proposed to play a significant role in contributing to immune-senescence. The age-associated decline of melatonin has been repeatedly reported and overlaps with age-related impairment of the immune system.

Aging, for may reasons, leads to the decline in immune function known as immune-senescence. This situation implies increased susceptibility to infectious diseases and cancer due to a decreased capacity of the immune system to respond to antigenic stimulation. This results in altered cytokine microenvironment and impairment of both innate and adaptive immunity. The decline in the production of a number of hormones associated with aging such as growth hormone (GH), dehydroepiandrosterone (DHEA), likely sex hormones such as estrogen, and the pineal substance melatonin play a significant role in contributing to immune-senesecence.