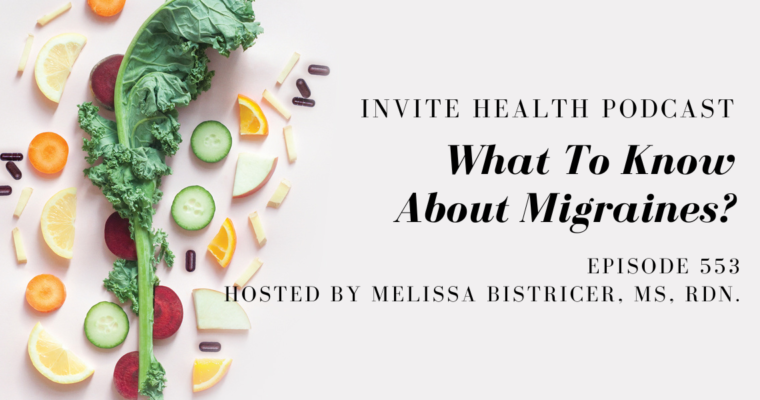 What To Know About Migraines? – InVite Health Podcast Episode 553

Migraines can be debilitating causing you to have to stop your day and rest. This can be challenging when you work full time. Therefore learn what can help you prevent migraines. 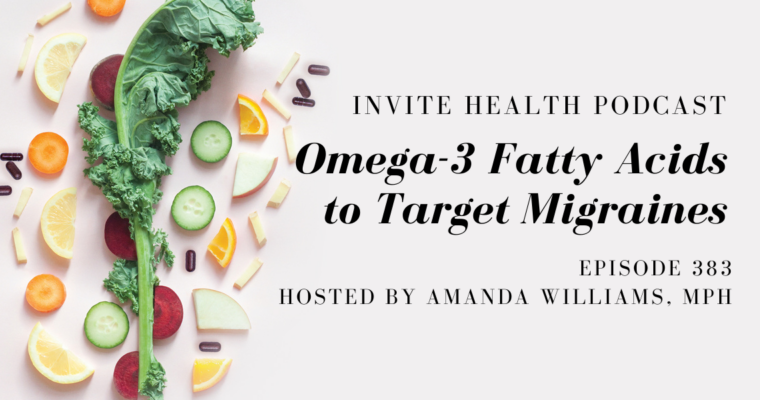 A new study has shown that omega-3 fatty acids can help people who suffer from migraines. This nutrient may help to decrease the frequency and duration of these horrible headaches. 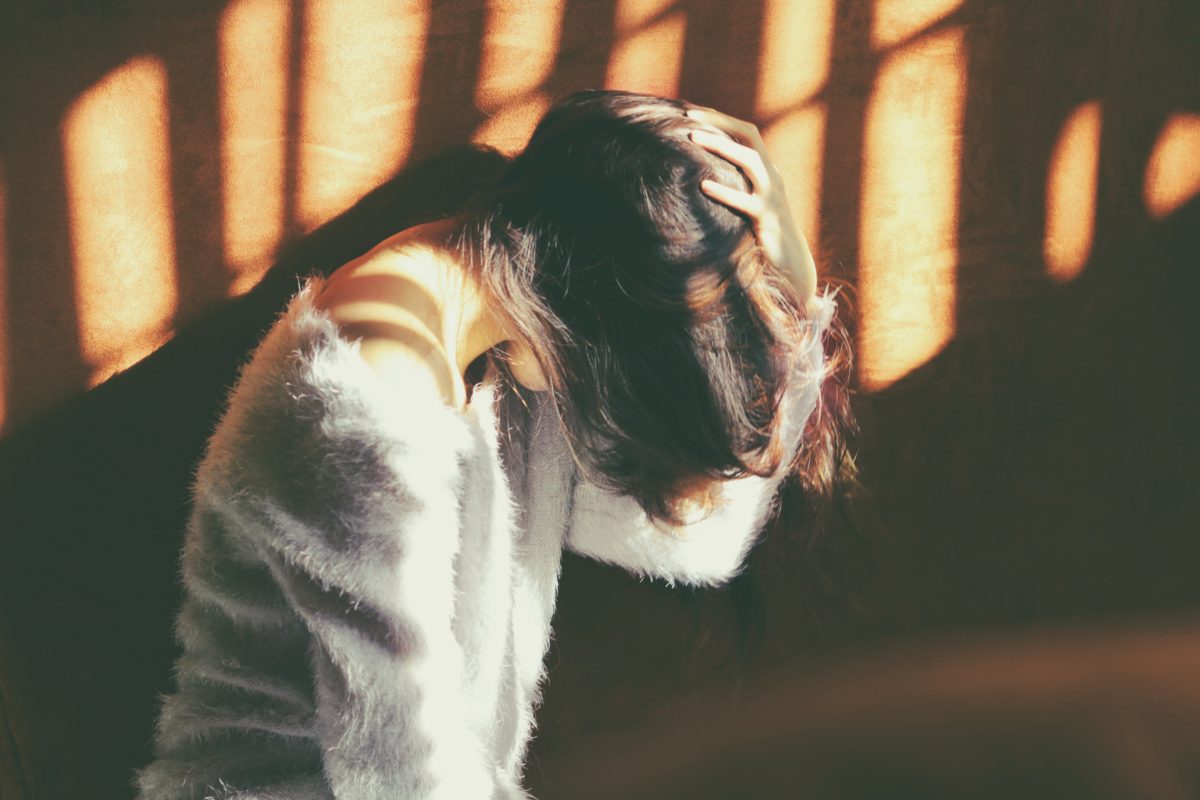 Why Women Suffer From Migraines More Than Men

Photo by Carolina Heza on Unsplash

Migraines are a neurological condition that are commonly characterized by intense, debilitating headache. Symptoms include nasusea, vomiting, difficulty speaking, numbness or tingling, and sensitivity to light and sound. Researchers have not yet identified a definitive cause of migraines, but new research may shed light on why women are more likely to experience migraines than men. There are however plenty of advancements in the treatment of migraines, such as at-home remedies and different supplements. Along with the research we discuss below, there are also other studies, like this Magnesium for Migraines Study: Helps Lessen the Pain by 40% which discusses how magnesium can help with migraines, that can provide you with beneficial information on how to manage your migraines, so it would be worth reading those too if you are struggling to manage your migraines.

Research very recently presented at the Experimental Biology 2018 conference focused on NHE1, a proton exchanger that helps to interpret pain. When levels are low, the pain signals in the brain increase, which can lead to migraines. To figure this out, scientists examined male and female rats that showed that the male rats has a level of NHE1 four times higher than females.

High estrogen levels were also found to be connected to low NHE1 levels, which the study reports, might explain why many women experience migraines when their menstrual cycle begins, which is when estrogen levels begin to rise. Unfortunately, low levels of the protein also seem to make migraine medications less effective.

Emily Galloway, an undergraduate research assistant at the University of Arizona and presenter of the study reports, “Based on our findings, we think women are more susceptible to migraines because the larger magnitude sex hormone fluctuations lead to changes in NHE1 expression, which may leave the brain vulnerable to ion dysregulation and pain activation.”

Is a Vitamin Deficiency One Cause of Migraines?

Preliminary research presented at the Annual Scientific Meeting of the American Headache Society in 2016 revealed that a significant portion of kids, teens and young adults who suffer from migraines were mildly deficient in vitamin D, riboflavin and coenzyme Q10.

What do you think about this new study? What are some remedies you have found for Migraines? Leave us a comment below to discuss! 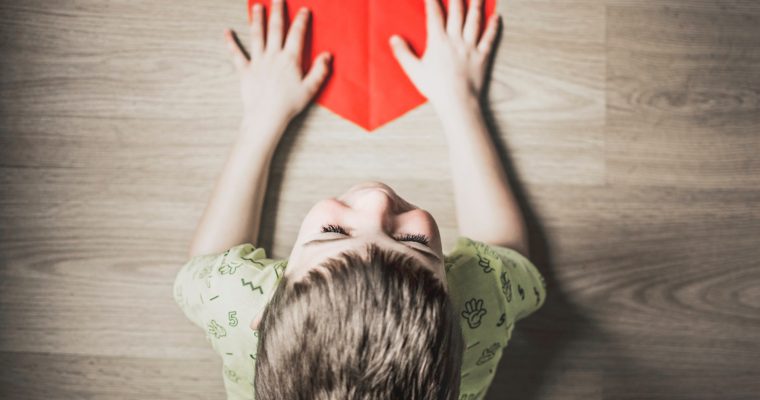 6 Health Problems Your Child Could Inherit

Photo by Anna Kolosyuk on Unsplash Many times, there are other factors besides hair and eye color that get passed down to your children. And there are numerous reasons why your children could be plagued with the same conditions as yourself or your family members. … 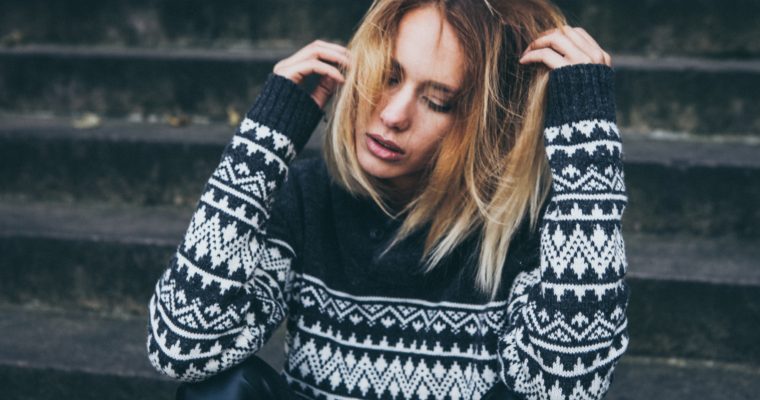 Photo by Nick Karvounis on Unsplash Migraine headaches are a major health problem for millions of people. These extremely painful headaches present themselves suddenly and usually at the worst possible time, like during your big presentation. The sharp and shooting pain, dizziness, blurred vision and … 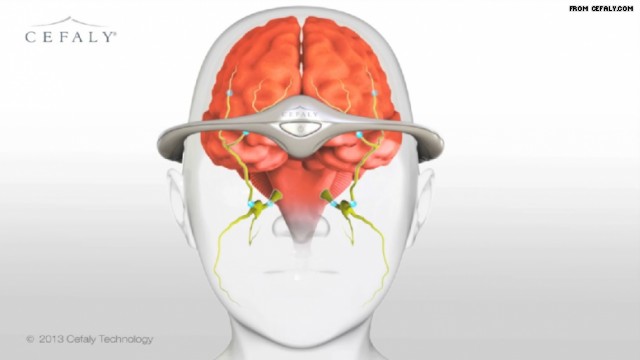