The Physiology of Diabetes 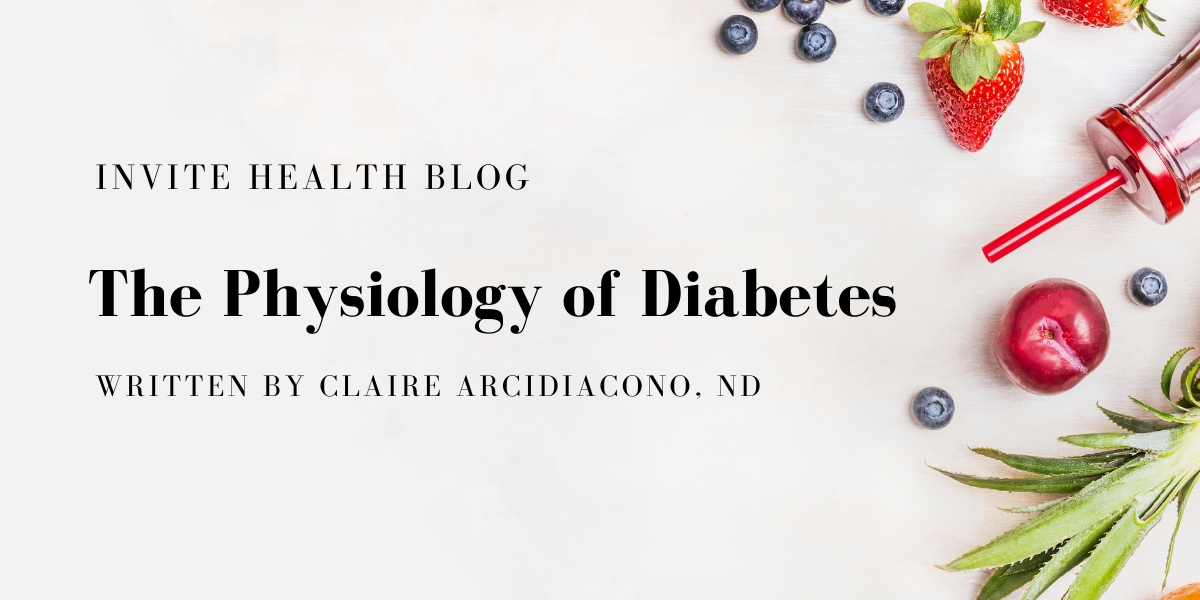 The physiology of Diabetes

For further questions or concerns email me at carcidiacono@invitehealth.com†

One of the most common questions people call or ask about is regarding blood sugar. Statistics for diabetes are quite alarming. In the United States alone there is an estimated 26.9 million people diagnosed with diabetes. That would be approximately 8.2 percent of the population! There are also approximately an additional 7.3 million un-diagnosed diabetics in the United States. (1) Given the severe consequences of diabetes both controlled and uncontrolled this is very alarming. But what is diabetes? How is it diagnosed? What are the types of diabetes? In this series we will explore all these questions!†

The body controls the amount of sugar in the blood stream by either raising or lowering the amount found in the blood stream at any given time. Glucose or “sugar” is stored in both the skeletal muscles and the liver cells as a molecule called glycogen. This glucose storage or glycogen can be used to increase blood sugar if it gets too low or the body will add to this storage by changing glucose to glycogen. (2) Basically there are little islands of cells in the pancreas called the pancreatic islets or the islets of Langerhans. These regions are hormone producing cells. Please see picture! †(3) 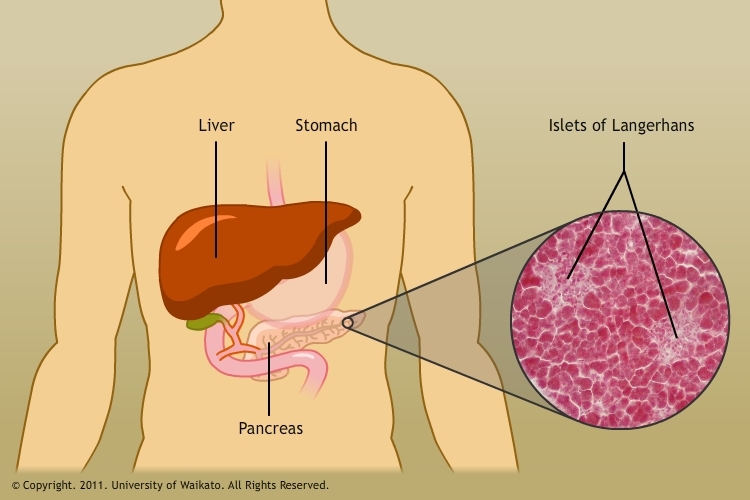 There are 5 types of cells in these region and they are responsible for producing different types of hormones. The Alpha cells produce glucagon, the beta cells produce both insulin and amylin. Other cells called delta cells produce somatostatin, epsilon cells produce Ghrelin and last but not least PP cells produce pancreatic polypeptide. Other hormones that help to control blood sugar are cortisol and catecholamines. These 2 are not produced by the pancreas.† (4)

Now these hormones all work together to control blood sugar. Basically when blood sugar gets too low the amylin which is normally high when there is a lot of glucose goes down with it. This decrease in amylin allows the alpha cells of the pancreas to start to release glucagon. This hormone will then increase the blood sugar in two ways. First it begins by promoting the formation of new glucose and then by releasing the stored glucose or glycogen stored in the liver and muscles. These process are called Gluconeogenesis and Glycogenolysis. As the glucagon works and the blood sugar becomes normal the body produces less glucagon so that the blood sugar doesn’t get too high. In other words when blood glucose is high amylin is high so the alpha cells don’t make glucagon so glucose isn’t triggered to be made or released. When the blood glucose does go low the amylin goes low as well allowing the glucagon to go to work to normalize blood sugar.† (6)

Now when blood sugar levels get too high the beta cells are signaled to release insulin which basically tells the cells to “vacuum” up or in scientific terms uptake the glucose thus lowering the amount of glucose in the blood stream. Once the glucose is in the cells it is converted to its storage form of glycogen and is available to be used once the blood sugar gets too low.†(7)

Cortisol comes into play because when you are under long term stress the body wants there to be more sugar available for energy. While you may know that the work assignment is work stress not a giant tiger about to eat you, the body doesn’t. All the body knows is that something is very stressful and it might be a tiger so it had best get enough sugar available so you can run away. Hence the reason cortisol or the stress hormones increase blood sugar. Catecholamines which can also be thought of as stress hormones also increase the production of glucose thus increasing the blood sugar.†(8)

Unfortunately this system can get out of balance and that is where health concerns such as diabetes come from. Dysregulation of the blood sugar control system can occur for different reasons. As we go through the different forms of diabetes and blood sugar control dysregulation we will talk more in depth as to the risk factors and how they occur.†

Have questions about diabetes, you can speak to one of Invite Health degreed professional or have questions for Dr.Claire, email her at  carcidiacono@invitehealth.com†