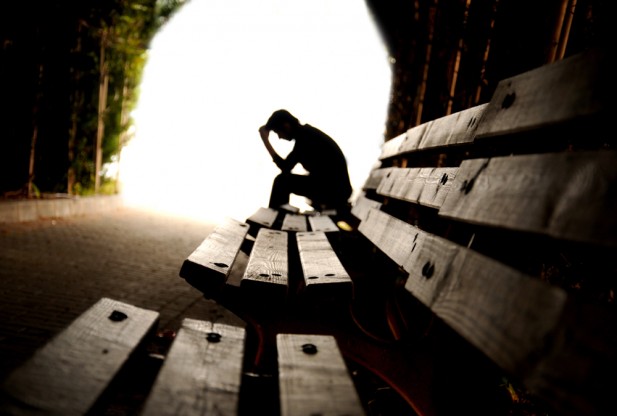 Healthy gut microbiota and bacteria helps digest food, fight infection, and plays an important role in keeping the immune system healthy. It is influenced by genetics, but more so by diet, stress and other environmental factors. Numerous studies have investigated the claim that intestinal bacteria can affect behavior. However, a new study has made a discovery regarding the link between intestinal bacteria and depression.

Published in Nature Communications, the study explores the role of intestinal microbiota in the altered behavior brought on by early-life stress. Premysl Bercik, senior author of Nature Communications and associate professor of medicine at McMaster’s Michael G. DeGroote School of Medicine explains, “We have shown for the first time in an established mouse model of anxiety and depression that bacteria plays a crucial role in inducing this abnormal behavior. But it’s not only bacteria, it’s the altered bi-directional communication between the stressed hosts [in this case mice subjected to early-life stress] and its microbiota that leads to anxiety and depression, which is leading many to look to professionals on how they can reduce these conditions.”

First, researchers subjected the mice to early-life stress using maternal separation during an 18 day period. Newborn mice were separated from their mothers for three hours a day to induce stress, then rejoined them. Bercik and his team then confirmed that mice containing complex microbiota (that had been maternally separated) displayed “anxiety and depression-like behavior with abnormal levels of the stress hormone corticosterone.” The test was repeated in germ-free conditions and found there was an absence of bacteria in the mice that were maternally separated but showed no sign of anxiety or depression. Mice that has been separated in germ-free environments, were exposed to bacteria and within several weeks, tests shows the bacterial composition and metabolic activity had changed. The mice then started exhibiting symptoms of anxiety and depression.

Bercik says that with this new research, “We are starting to explain the complex mechanisms of interaction and dynamics between gut microbiota and its host. Our data shows that relatively minor changes in microbiota profiles or its metabolic activity induced by neonatal stress can have profound effects on host behavior in adulthood.” The next step, Bercik says, is conducting this experiment on humans.

This research suggests that keeping your intestinal bacteria healthy could help if you struggle with mental health problems like anxiety and depression. Of course, until it has been tested on humans, we cannot say for certain.

Levels of probiotics tend to decrease with age and are lowered by other factors including poor diet and obesity. As the level of probiotics decrease, problematic bacteria in the gut generally thrive and increase. According to Archana Gogna, MS, CNS, MBA, healthy bacteria have been studied in numerous clinical trials and have been shown to –