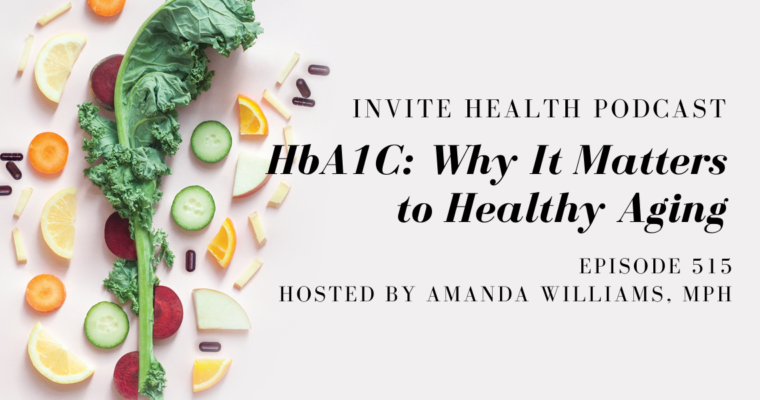 Want to make sure that your heart, brain and body aren’t being impacted by excess glycation? Here’s why you should get your HbA1C levels checked. 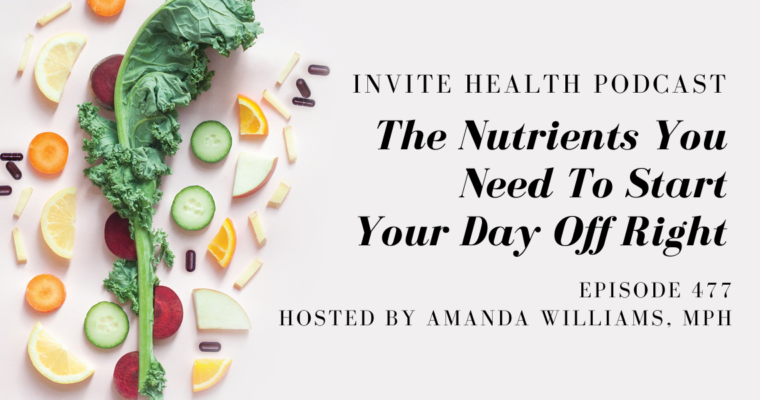 The Nutrients You Need To Start Your Day Off Right – InVite Health Podcast, Episode 477

Do you usually start your day with coffee or tea? These drinks are naturally packed with powerful nutrients, but when you add creamers, sugar and other flavorings, they lose their benefits. Turn to our Multi Energy Powder, a supportive multivitamin, multi-mineral formulation, to help you get your energy levels up while promoting your overall health. 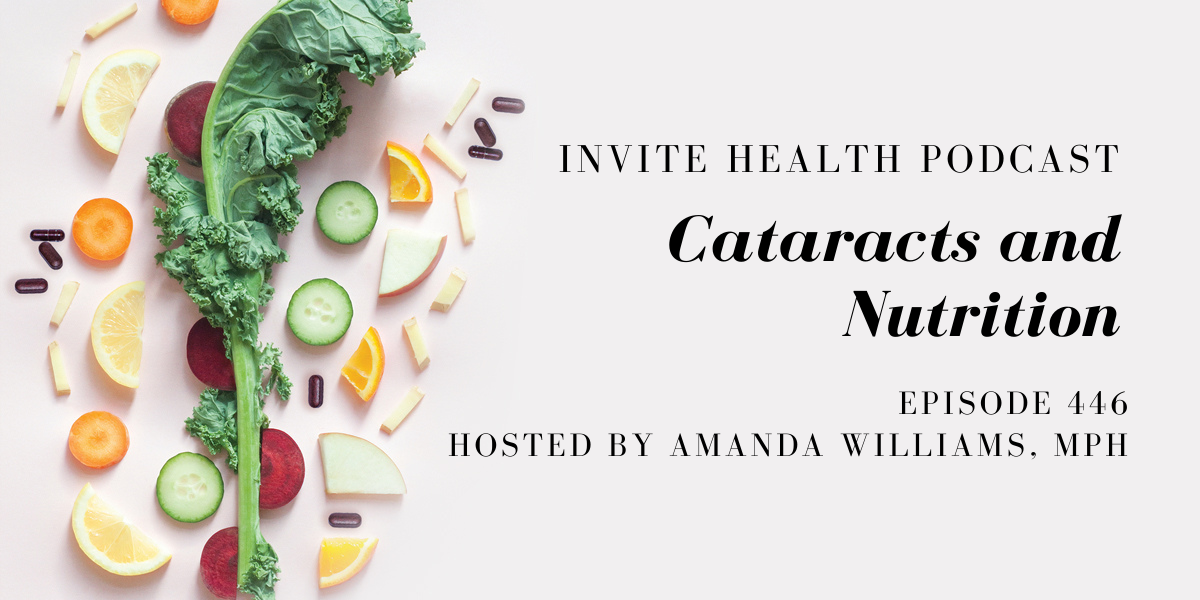 One of the leading causes of blindness throughout the world also happens to be one of the most preventable causes of blindness and that is cataracts. Today I want to talk a little bit about what cataracts are, different nutrients that are beneficial when it comes to targeting this issue and the lifestyle modifications that can make an impact when it comes to eye health.†

How common are cataracts?

In the United States, we see that about 25 million people over the age of 40 years old have been affected by cataracts. With every decade as we get older, the risk of developing this issue starts to go up. There is a strong connection between cataract formation and underlying health conditions, so I want to talk about all of these different factors today.†

When it comes to cataracts, we know that this is a big problem. About half of Americans will have cataracts by the time they reach 75 years old. There seems to be a trend that maybe women are slightly more at risk for this issue than men, but at the end of the day, this doesn’t really matter because you want to be able to target those cataracts.†

The reason why we recognize cataracts as being one of the common causes of blindness worldwide is generally because many people come across these different barriers to getting cataract surgery. That’s why it’s important to be mindful of the lifestyle modifications and nutrients that can help support healthy vision.†

Ways to support your vision

We know that poor nutrition and following the Standard American Diet is a leading cause of this issue because it is driving up glycation. This puts diabetics at a greater risk for developing this problem.†

Conventional treatment for cataracts is surgery and this has been shown time and time again to clean this problem up. The issue is that oftentimes, people are still not doing the right things afterwards in terms of lifestyle modifications and making sure that they are taking in the appropriate nutrients. They have to make sure that they are wearing their sunglasses when they’re out in the sun. They should also have a high intake of omega-3 fatty acids and powerful antioxidants, as well as nutrients that target glycation. Oxidative stress is another driver of this issue, so we should also be thinking about nutrients that target that.†

Let’s look at some nutrients that target glycation and oxidative stress. This includes Vitamin C, alpha-lipoic acid, N-acetylcysteine (NAC) and carnosine. These are all nutrients that we should be automatically thinking about when we hear the words oxidative stress partnered up with glycation. Being able to do our due diligence when it comes to targeting cataracts is something that needs to be expressed more and more.†

In this episode, Amanda Williams, MPH discusses cataracts, one of the leading causes of blindness throughout the world. She goes into depth about factors that impact eye health and also recommends specific nutrients to help with this issue.† 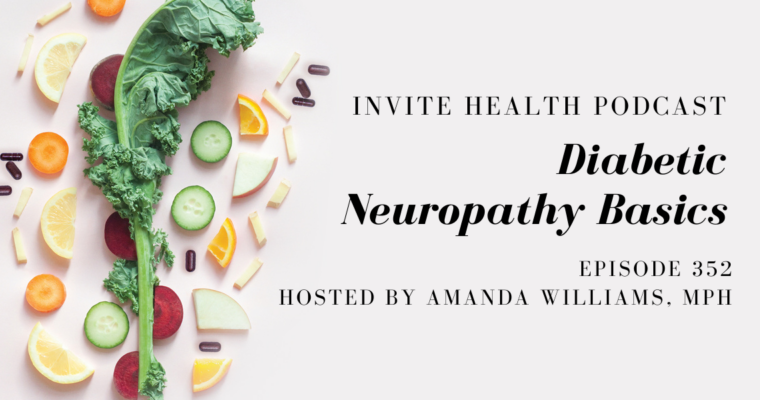 Many people suffer from diabetic neuropathy, which is nerve pain or loss due to high blood sugar levels. The good news is that there are nutrients that can help protect the nerves from this issue. 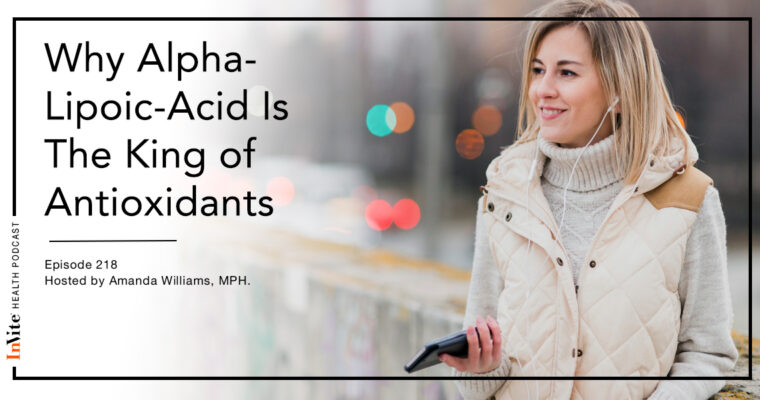 Why Alpha-Lipoic-Acid Is The King of Antioxidants – InVite Health Podcast, Episode 218

Alpha-Lipoic-Acid is one of the most important antioxidants in our body that plays crucial roles in numerous body systems. 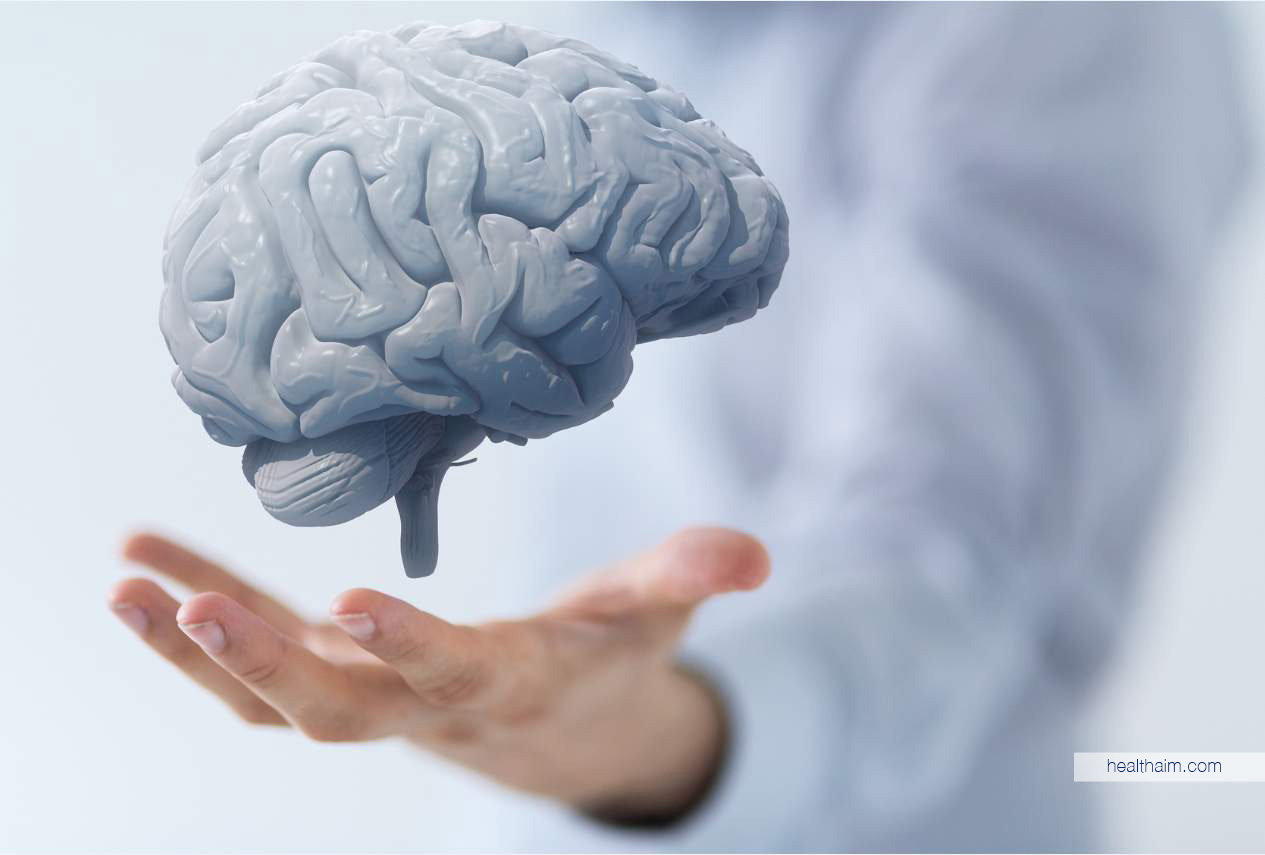 Expert Discussion: ALCAR with ALA by Jerry Hickey, R. Ph

Jerry Hickey is a pharmacist and radio personality and fills the esteemed role of Scientific Director and President of Invite Health. He has spent his professional life analyzing nutritional information and medical studies with the aim of creating the highest quality and most natural nutraceuticals for user’s maximum health benefits. Here, Jerry speaks about the benefits of ALCAR with ALA or Acetyl-L-Carnitine & Alpha-Lipoic Acid…

What are the benefits of ALCAR with ALA?

Here are some studies that are very good because they discuss two nutrients that are natural to your body. They are native to your body, but decrease with age and when they decrease, a lot of things can go wrong. For instance, you tend to gain weight around your mid-section, you tend to become fatigued, your blood sugar can begin to rise, and this is due to a lack of something called ALCAR with ALA. They’re involved in the energy pathways of the body. As you get older, the energy pathways become blocked up. According to the research, when you take these two nutrients, they counterbalance that and your metabolism comes back online and you start to generate more energy and feel better. There have been a slew of these studies where these nutrients have helped with both mental health and nerve health.

The NATHAN 1 trial took a look at individuals with diabetic nerve damage. This is called diabetic peripheral neuropathy or sometimes poly neuropathy because it’s happening in many places at once. What they found was when they gave people just one of these ingredients called ALA (the abbreviation of alpha-lipoic acid), it improved the function of the nerves on seven different nerve tests. This was important because it was also decreasing nerve pain. Generally, when drugs are given for nerve pain or nerve damage, they generally help with pain, but don’t have the ability to help with the function to repair the nerve. So this particular supplement was looked at in a NATHAN 1 trial and it was helping nerve pain and helping the nerve function. Muscle weakness improved and the pain and tingling associate with neuropathy in the legs improved as well. The diabetic peripheral neuropathy was not worsening. In fact, leg function improved and the result of this trial was very good.

In the European Journal of Endocrinology, they analyzed 15 different human clinical trials. Patients with nerve pain were given alpha-lipoic acid which helped and made them more comfortable with less tingling, and pain running up and down their arms and their feet. And not only did it help with the nerve pain, it was improving the nerve health that in turn was helping protect and rejuvenate nerve tissue. This is a very important finding because, in general, medical doctors are not familiar with alpha-lipoic acid. In fact, I bought a textbook, Neurology for Non-Neurologist (for an internist or an ophthalmologist) and they had a section on alpha-lipoic acid in their chapter on nerve pain. I was surprised to see that.

Burning mouth syndrome is another neuropathy (damage to nerves) inside the mouth. When they gave afflicted individuals alpha-lipoic acid, it reduced this pain. It was actually helping the healing process. And I’m going to read you one last one because it applies to a lot of us. It has to do with severe back pain that runs down the thigh, runs down the gluteus maximus; you know that big muscle on the butt and it runs down the leg that’s called sciatica. It’s from the Gaetano Orthopedic Institute that’s in Milan, Italy and it’s in the journal Clinical Drug Investigation. So they took 64 patients with severe back pain that was causing them bouts of sciatica. In other words, there was a problem with the discs in their lumbar spine. They’re kind of out of place, bulging and compressing the nerve root, the motor nerve that runs down the leg called the sciatic nerve and it’s a world of hurt. They’re in a lot of pain, burning, terrible pain. They were given either one of these supplements.

In this 12-week study, people with Alzheimer’s disease or mild cognitive impairment received ALCAR with ALA for nerve health, for shingles pain and sciatica and diabetic polyneuropathy or peripheral neuropathy. Here we’re talking about it with memory improvement. During this trial there was a notable improvement of cognitive function in a battery of neuropsychological tests. Even their mini-mental state exam improved. The mini-mental state exam is 20 questions and tasks, easy tasks, you know like putting the cubes in the right spot, et cetera, that you give people and to see if they’re already starting to develop some level of dementia. With this it can be judged if and how quickly the dementia is worsening and how severe the dementia is and if drugs or diet or supplements or exercise or something else is slowing it down. So in this trial, when they gave the patients with the pre-Alzheimer’s condition called mild cognitive impairment ALCAR it was actually slowing down the condition and improving their memory and their mental functions.

Also here is a study done by the University of California, Itvine School of Medicine of 30 former NFL football players. They had problem, they had concussions and they had brain injuries. So they were acting out, they were becoming aggressive, they were becoming emotional, they were becoming depressed, their memory suffered and they just weren’t functioning well. So 30 former retired NFL players who had a series of concussions were put on a cocktail of nutrients like fish oils and a multivitamin and the ALCAR with ALA. Over the course of the study ALCAR with ALA provided a statistically significant, real-world improvement in their scores for attention, memory, reasoning, information processing speed as well as accuracy in a battery of tests for mental, brain and executive functions. The MRI brain scans showed improved circulation and health of the brain; the nutrients improved their cognitive skills for patients with traumatic injuries. Now, this has implications also for soldiers who were hurt. Anybody who has had a concussion, anybody who has had the brain injury, there is room for improvement there.

Here’s what you could discuss with your neurologist, immunologist or whatever kind of doctor you’re seeing. If you have nerve pain, regardless of what it’s caused by, it could be an accident, it could be surgery, maybe they just made a mistake when they did some work in your mouth, maybe you have trigeminal neuralgia in your jaw, maybe you have diabetic nerve pain in the feet, maybe you have sciatica going down your leg and nerve pain in the back, or maybe it was herpes zoster, from when you had chicken pox as a kid and it came back later on when your immune system is impacted and not working well. Maybe you had shingles and the doctor puts you on anti-viral medication, which gets the virus under control since it can’t actually leave your body. It exists in your body in a low titer and when your immune system is suppressed it comes back and it gets you. Either way, the nerve pain can last the rest of your life. ALCAR with ALA is something you can look at for shingles, it really has an effect. So that’s the story and I’m going to stick by it.