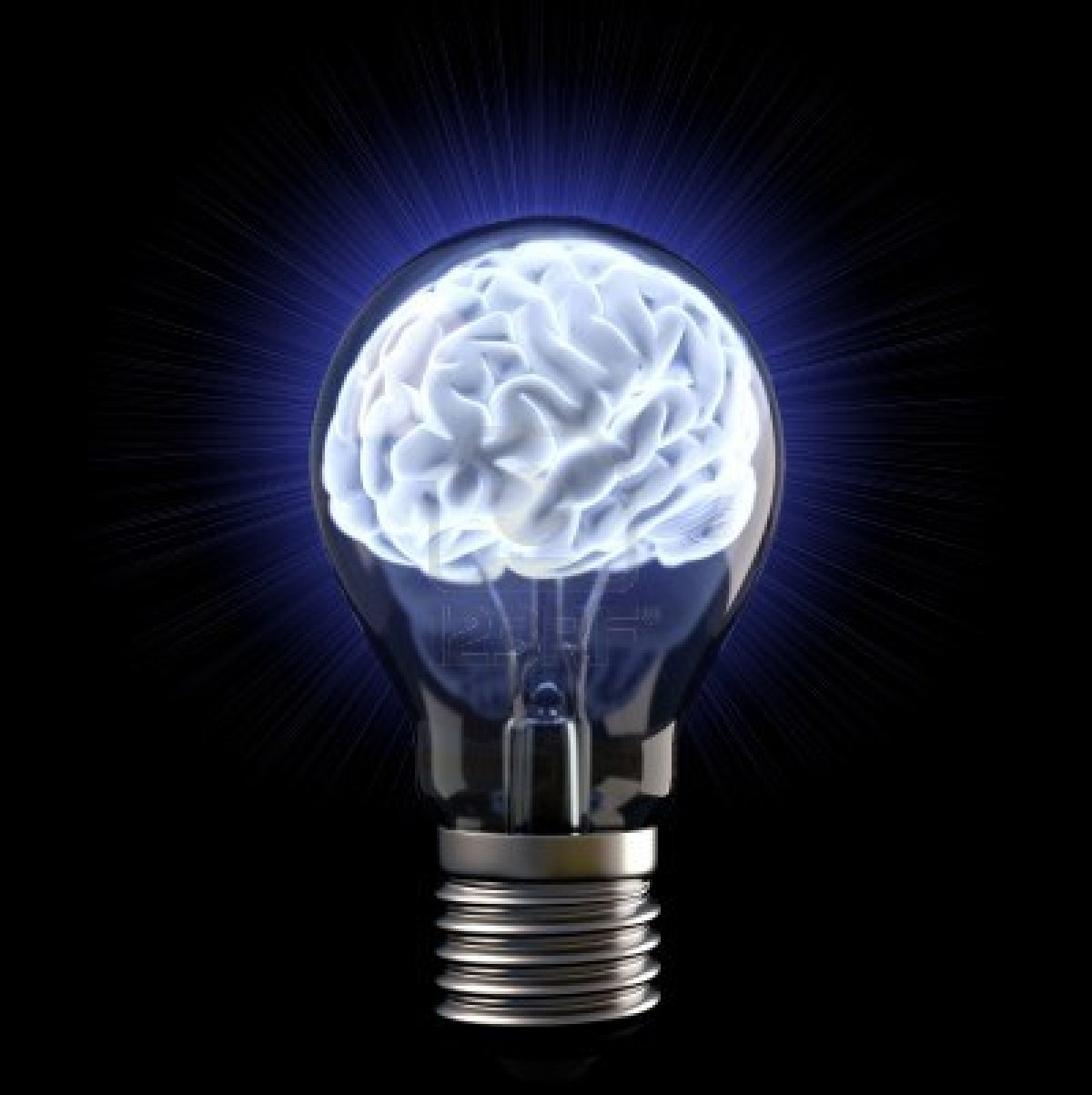 Why are you so tired? Because the power-plants inside your cells are old and wrinkly! Within each of your trillions of cells (with few exceptions) there are tiny power plants called mitochondria. Some cells have a few hundred of these dynamos and some have thousands, depending on the type of cell; the power plants are strategically situated allover the cell so every little bit gets energy. These power-plants transform the metabolites derived from the fats and carbohydrates in your food, converting them into usable energy known as ATP. About ninety-percent of your bodies daily energy needs are met through ATP.

In much the same ways as your skin becomes old and wrinkled, your mitochondria also wrinkle and have a decreased ability to manufacture energy. Good news! Certain nutrients improve metabolism and foster energy production through their effects on the mitochondria, increasingly being referred to as mitochondrial nutrients. A nutrient known as Resveratrol, the red wine antioxidant, triggers the recycling of old power-plants breaking them down and reforming them into newly made and efficiently working mitochondria.

Two important mitochondrial nutrients are ALCAR and ALA. ALCAR is an excepted abbreviation for the amino acid Acetyl-L-Carnitine; this amino acid acts like the truck driver delivering fuel for the creation of ATP. ALA (the accepted abbreviation for the nutrient Alpha-Lipoic Acid) is part of the fuel itself. ALA is also a powerful antioxidant and restorative for nerve tissue. In fact, NF-Kappa B is an immune system messenger that triggers aging; an additional benefit to ALA is its ability to shut down NF-Kappa B slowing the aging process. When you supplement an aging body with these three supplements, you may improve metabolism and energy production. Human clinical trials show that these nutrients increase energy, reduce fatigue, and support many aspects of aging including brain function, heart function and circulation, sexual function, a better balance of blood fats and blood sugar, improved muscle mass with a decrease in truncal fat, and decreased generalized inflammation. They also support the health of your ears and eyes (both extensions of your brain), the sense of taste and smell, liver function, the efficiency of blood vessel walls and ALCAR and ALA are among the most important of all life-extending supplements.

Clinical trials show that one or more of these nutrients increase energy in the elderly (those over 80) and even in the very elderly (centenarians). They increase stamina in heart patients, increase energy in people with chronic diseases, in individuals on medications that cause fatigue, or in conditions associated with fatigue including chronic fatigue syndrome, diabetes, fibromyalgia, chemo-brain, and various viral infections. They are safe and good for anyone who needs energy.

Viral researchers at the School of Medicine at Wuhan University investigated the effects of Green Teas major antioxidant EGCG on the bird flu (influenza A) virus. EGCG was administered to human cells before, during and after infection with the flu virus. EGCG effectively inhibited the virus in these cells. To strengthen the evidence mice were infected with the flu. GreenTea’s EGCG reduced the death rate in the infected mice and decreased viral damage to the lungs; a major danger from the flu. The researchers concluded that EGCG has a strong effect against influenza A H1 N1 virus in a dose-dependent manner meaning the higher the dosage the better the effect.

Researchers from the University of Florida, Gainesville gave healthy adults either concentrated Green Tea capsules or inactive placebo twice a day for three months in a randomized, double-blind, placebo-controlled study. Green Tea capsules strongly reduced the number of people with the flu, reduced the duration of infection if they developed the flu, and reduced the number of days with any symptoms. The immune system of the subjects on green Tea had a much greater ability to fight the flu with a greater pool of disease fighting T cells and a better production of interferon gamma in response to infection. Interferon gamma is very important for fighting viruses, bacteria and tumor cells. The results of this study were published in the Journal of the American College of Nutrition

Green tea protects those at most risk of the flu

An important group of people who need flu prevention are the elderly, since according to the CDC more than 90% of the deaths related to the infection occur in those over age 65. A recent study measured the effectiveness of gargling with green tea in elderly patients living together in a nursing home. Researchers in Japan measured the rate of influenza infection in two groups of nursing home residents, one gargling three times daily with green tea extract, and the other group gargling three times daily without green tea extract. All residents received influenza immunization prior to the gargling experiment. However, immunization often fails to protect the elderly. When a healthy person is immunized they make a pool of antibodies that protect them from future infection but because the elderly have an aging immune system they are not capable of making enough antibodies and they are still susceptible to infection. During the three month study period (January-March), many residents became infected with the flu in spite of the flu vaccination. However, 87% fewer residents gargling with green tea developed the flu compared to those gargling placebo; an astounding result. The results of the study were published in the journal Alternative and Complementary Medicine.

Your muscle stores glycogen; a reservoir for future fuel used for energy during physical activity. The reason why marathon runners gobble down pounds of pasta before a race is to increase the amount of glycogen stored in their muscles to help supply fuel longer during the race. Unless you are an elite athlete your glycogen stores are minimal, with less to burn during exercise and this affects your endurance. In fact, even elite athletes do not have enough glycogen to power an athletic event. However, their body compensates for this by switching to burning fat instead of glycogen. However, your body isn’t trained to do this; Green Tea may be your answer. Researchers at the Human Performance Laboratory, School of Sport and Exercise Sciences, the University of Birmingham, United Kingdom note that drinking Green tea promotes the burning of fat in humans even when they are resting. The scientists investigated the effects of green tea extract and its ability to burn fat during moderate-intensity exercise in human volunteers. Two crossover studies were performed.

In the 24-hour period before the experiment participants took 3 capsules containing either GTE supplying a total of 366mg EGCG, or they took an inactive placebo for comparisons sake. The results were fantastic; the men burnt 17% more fat while exercising if they supplemented with GTE. Moreover, they also derived a greater amount of their energy from fat and not muscle glycogen with this also improving by about 17%. Green Tea Extract also improved insulin sensitivity by 13% in study B. The studies are published in the March 2008 issue of The American Journal of Clinical Nutrition.

Nucleotides for Energy and Immunity

Nucleotides are the essential building blocks for all cells in our body; this is the reason why they offer such a wide variety of benefits, especially for energy, immunity, and healing. Nucleotides are naturally found in small amounts in some nutritious foods including liver, fish, and brewers yeast and they are an important component of breast milk needed for the development of a quickly growing baby. We also constantly require Nucleotides, especially for tissues that turnover quickly, such as the cells of the immune system or for any organ when healing takes place after surgery or an accident.

When it comes to immune system function there is a great deal of evidence showing how Nucleotide supplements act as regulators of the immune system and studies show that Nucleotides stimulate the production of antibodies to fight an infection. A  study shows that Nucleotides maintain immune system function during intense exercise and that they offset the negative effects of stress hormones which would offset the increased risk of a cold or flu infection in elite athletes and exercisers. A previous study at Queen Margaret University College in Scotland demonstrates that Nucleotides help prevent secondary infections in people with a cold or flu infection; flu patients are in a weakened state and often develop a secondary infection usually as bacterial pneumonia and this is the major killer responsible for most deaths attributed to the flu. The same study shows that Nucleotides decrease the severity of symptoms in patients infected with a cold or flu including sore throat (20% reduction), muscle ache (15% reduction), headache (40% reduction), with a strong reduction in sinus and ear pain.

Nucleotides also support energy production, after all our old friend ATP is a Nucleotide and it supplies 90 percent of your body’s daily energy needs. This effect is handy during recuperation, during an infection or illness, while exercising or dieting.