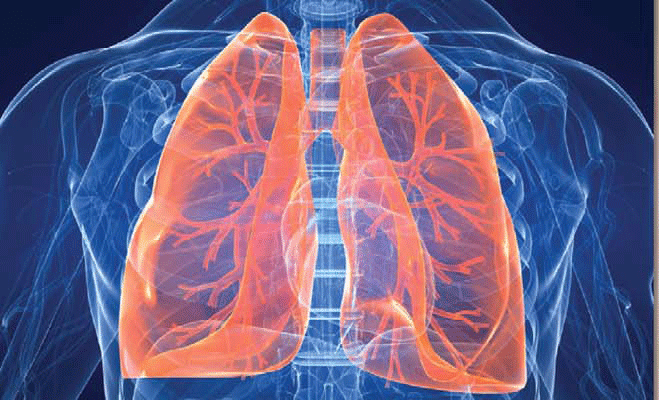 Jerry Hickey is a pharmacist and radio personality and fills the esteemed role of Scientific Director and President of Invite Health. He has spent his professional life analyzing nutritional information and medical studies with the aim of creating the highest quality and most natural nutraceuticals for user’s maximum health benefits. Here, Jerry speaks about the benefits of NAC…

N-Acetyl-Cysteine, or NAC, is the stabilized version of the amino acid known as Cysteine. NAC is a conditionally-essential nutrient, required by the body in larger servings during times of stress, illness and recovery. It is known as a master antioxidant that helps support the regions of the brain that regulate mental health. It has many integral uses for the brain, liver and lungs. According to human clinical trials, NAC is effective in supporting lung health because it helps break down the immune system’s “chemical messengers”, known as leukotrienes. It also helps to break up mucus. NAC is the rate-limiting molecule involved in the synthesis of Glutathione, the Mother Antioxidant enzyme that protects your immune cells, neurotransmitters, and removes toxins in the liver. This makes NAC an extremely beneficial supplement for many people. It supports blood flow to the heart, protects the kidneys, and maintain a normal detoxification process in the liver.

Let me explain something about this supplement. In the lining of the lungs, you have this tiny little hair called microvilli or ciliary bodies. They release immune things that kill viruses and bacteria in the intestines. In fact, you have these little hairs in your ear. If you didn’t have these little hairs in your ear, you wouldn’t be able to hear because they pick up the transmission of sound waves. But, inside your lungs, you’ve got thin layer of mucousy fluid, and you’ve got these little hairs, and these things help move the little dust particles, sweat particles, little particles of stone and all these things that don’t belong in the lung. It helps move them out of the lungs. So, these hairs and the fluid in the lungs have to be rich in antioxidants to protect the lung lining. Otherwise, if you inhaled smoke from a fire, it would destroy your lung tissue. So your lung has to be rich in certain antioxidants; It’s rich in vitamin C, vitamin E, selenium, and B vitamins, but especially NAC. And that helps to protect your lungs. 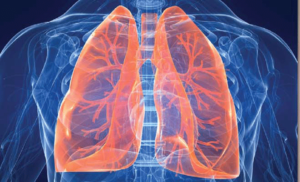 In the winter, you want lung antioxidants. Why else would NAC be good in the winter? Because it gives energy to your immune system. The University of Genoa in Italy published their findings in the European Respiratory Journal about this – using almost 300 people over the age of 65 from 20 Italian medical centers. When they gave elderly people NAC over the winter it improved their immune function and strongly improved their resistance. Do you know why? N-Acetyl-Cysteine energized their immune cells, their white blood cells. Just like the lungs have to be soaked and rich in antioxidants like NAC, so does your white blood cell because when it encounters a virus or bacteria, it gobbles it up. That’s the process called phagocytosis. The white blood cell bumps into the bacteria that it doesn’t recognize it as being part of the person and it literally engulfs it and then it floods itself with hydrochloric acid and other chemicals that kill the bacteria. It literally dissolves the bacteria and the bacteria die. The white blood cell has to be protected from its own acids and its own chemical arsenal. It wages chemical warfare on viruses and bacteria and cancer cells. So, the envelope of the white blood cell, the membrane, the bilipid membrane, which is the outer layers of the white blood cell have to be rich in antioxidants. Once again, what are they? Vitamin E, Vitamin C, Selenium, B-Vitamins and NAC.

In the summer, you want it because of the pollution. I mean, the pollution rises dramatically in the summer. You know, I walk around in the city now and it feels clean. The air is clean, but it’s very dry so you want to NAC to protect your lungs from the dryness, because the dryness causes inflammation in your lungs. But in the summer, the pollution rates sky rocket. All that dampness holds the pollution down like it does in Athens, like it does in Los Angeles, all that moisture from the Hudson River, from the East River, from the Long Island Sound, from the Atlantic Ocean, holds the smog down. You need N-Acetyl-Cysteine to protect your lungs from that smog because that stuff causes violent inflammation in the lungs.

When you take NAC, you protect your immune system from its own chemical weapons, so it can go and fight bacteria and viruses and be energized. It has more energy to do its job. So, take N-Acetyl-Cysteine over the winter. You only have to take it twice a day with food. Always take N-Acetyl-Cysteine with meals. When you take NAC in the winter, take one with breakfast, one with dinner, drink your green tea. It will really help keep you healthy, because it’s really supporting your immune system. It’s a very important thing. In general, it’s great for the lungs. In general, it’s great for the eyeball. It’s great for the kidneys and liver. It is one of the best things for supporting good blood volume. You know, we’ve spoken about grape seed lowering blood pressure, well, NAC strongly supports blood flow too.

When is that important? Well, that’s important when you’re exercising. NAC opens up blood vessels, opens up blood flow and the channels that bring blood and oxygen and nutrition to your muscles. You get a better work out when you take NAC before workout. So, all you guys, 40, 50, 60 years old who are runners, take NAC about half an hour to an hour before the exercise with a meal will open up the blood vessels. Your muscles will get more oxygen. You’ll have greater endurance and you’ll be less sore and have less risk of an injury. You will do better and recover more quickly. N-Acetyl-Cysteine is also great for the brain but it also makes you feel good.