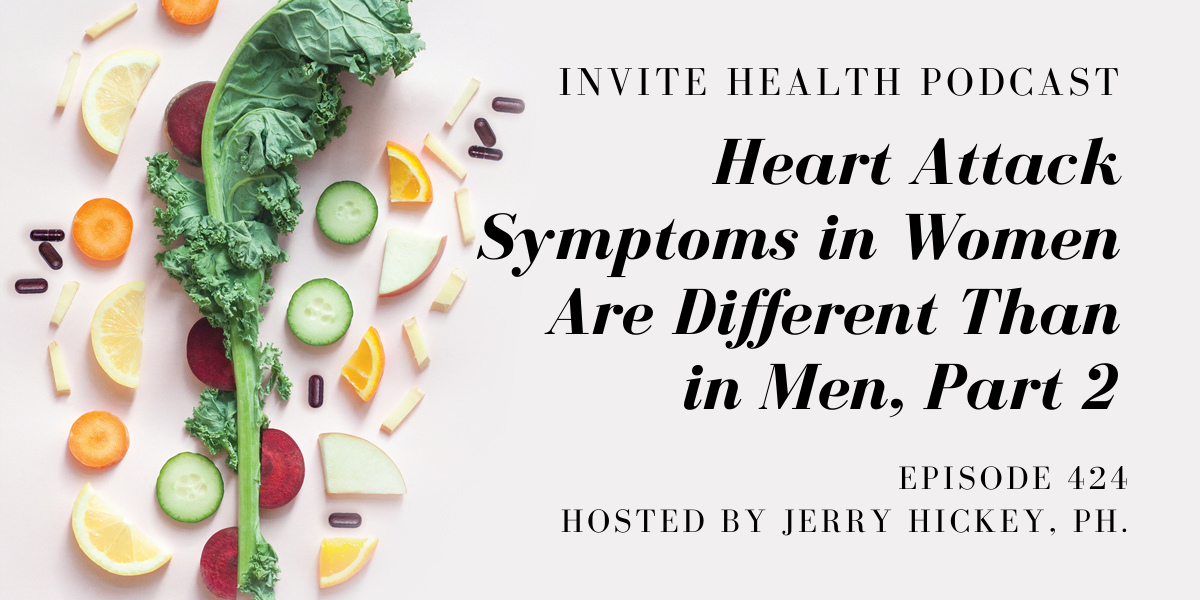 This Part 2 of my podcast looking at how heart attack symptoms in women can be different than in men. This is really crucially important.†

In Part 1 of this podcast, I discussed the mineral magnesium, the functions it performs in the body and the best forms to take. There are some studies looking at the role magnesium plays in lowering the risk of sudden cardiac death, heart attacks and fatal coronary heart disease in women. I want to continue talking about magnesium because it’s so crucial to heart health for both men and women.†

A study published in the American Journal of Clinical Nutrition looked at the amount of magnesium women took in and the amount of magnesium in their blood and how this related to their risk for sudden cardiac death. The researchers start by saying that magnesium has antiarrhythmic properties. Arrhythmias impact the efficiency of the heart and can prevent the flow of oxygen-rich blood throughout the body.†

This particular study looked at over 88,000 women who were free of heart disease in the 1980s. The researchers looked at how much magnesium these women were taking in and updated that information every two to four years. Over 26 years, there were 505 cases of sudden cardiac death or death from arrhythmias. They found that the relative risk of sudden cardiac death was much lower in women with the highest level of magnesium in their food. The researchers also checked their blood plasma and found that women with the highest level of magnesium in their blood saw a 77% relative risk reduction of having sudden cardiac death.†

In this episode, Jerry Hickey, Ph. continues his discussion on heart attacks in women. He delves into studies on magnesium and cocoa and explains how these nutrients play a role in heart health. Stay tuned for Part 3 of this episode, coming soon.†