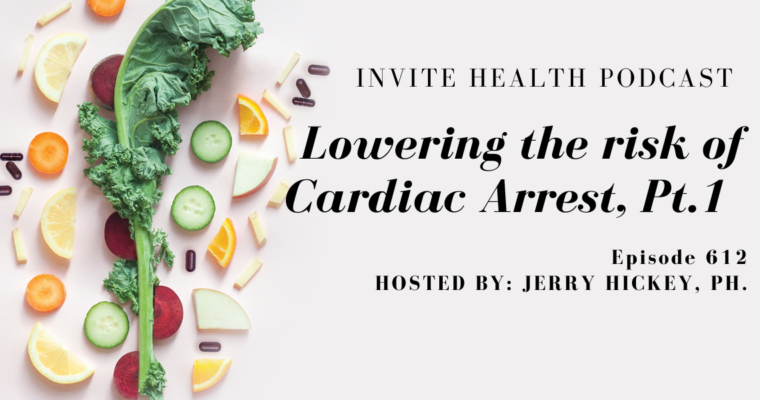 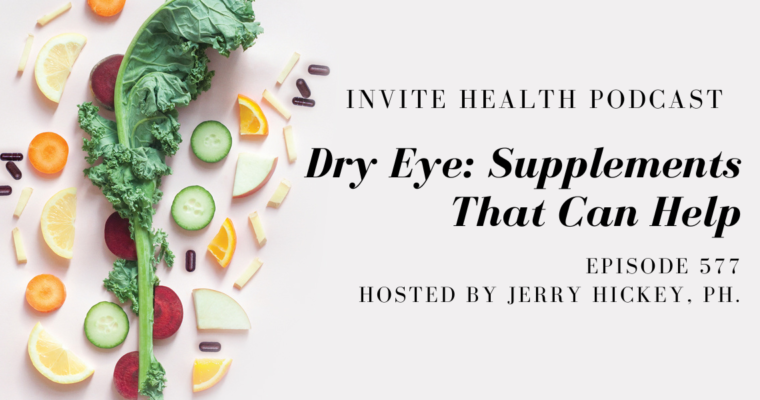 Join Jerry Hickey, Ph., as he dives into studies about dry eye syndrome and talks about the supplements that can help 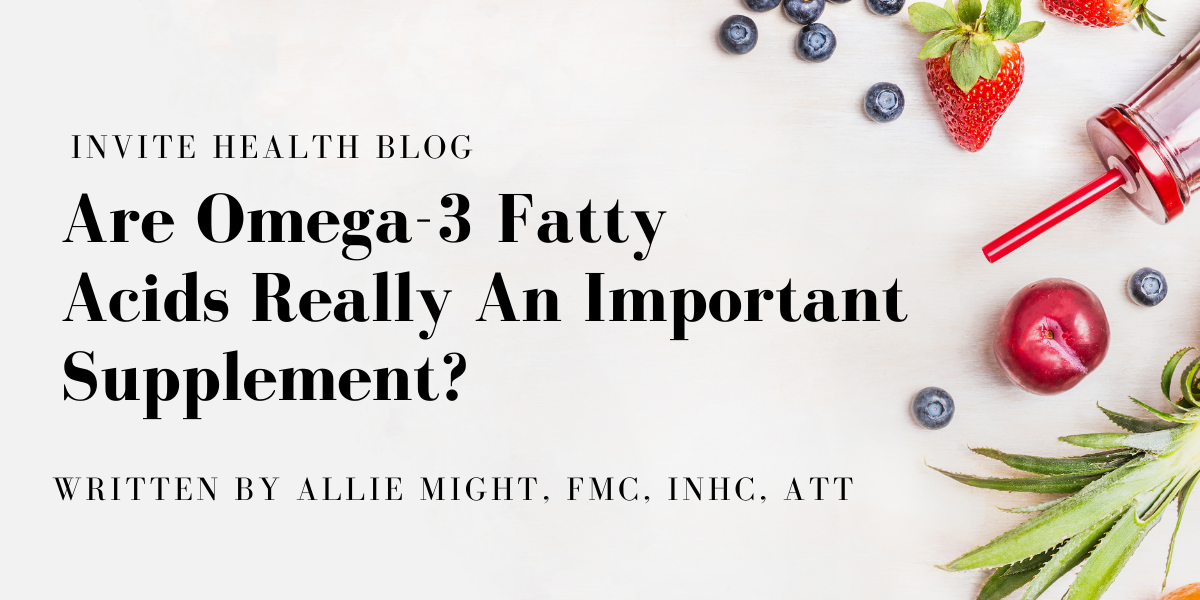 For further questions or concerns email me at carcidiacono@invitehealth.com

When something is associated with being a “natural” product, but has become so mainstreamed, it’s definitely something that everyone notices. Everyone has heard of Omega-3s, or fish oil as it’s commonly referred to. There’s been countless television and print ads talking about professionals within the medical community acknowledging them and even the American Heart Association (AHA) and U.S. Food and Drug Administration (USFDA) has recognized the incredible health benefits of incorporating Omega-3 Fatty Acids into our daily lives.†

What Are Omega-3 Fatty Acids?

Omega-3s are an essential fatty acids, along with Omega-6 (GLA) and Omega-9 (Oleic Acid), that have an array of benefits. Omega-3s are the most commonly used and researched fatty acid and are a polyunsaturated fatty acids. They are made up of eicosapentaenoic acid (EPA) and docosahexaenoic acid (DHA) or alpha-linolenic (ALA). The EPA and DHA are from animal sources, most commonly from fish such as tuna, salmon, sardines, anchovies and shellfish such as krill. The ALA comes from plant-based sources such as chia and flax seeds or oil. The body helps to convert the ALA into EPA and DHA.†

Why Are Omega-3 So Beneficial?

There has been a lot of research done into the benefits of Omega-3 Fatty Acids and the findings have been incredible. For the cardiovascular system, these can help to raise HDL (good cholesterol) levels and lower LDL (bad cholesterol) and triglycerides. It can also help circulation and blood flow. For the brain, these same omegas can help neurological development in infants, as well as ease the symptoms of Attention Deficit/Hyperactivity Disorder (ADHD). This is due to the nourishment the brain gets to help with memory and focus, making it a MUST for a lifetime of brain health and easing the aging of the brain. It also shows benefits for brain conditions such as depression and dementia/Alzheimer’s. Omega-3s are also important as they have been shown to help fight inflammation throughout the body. This is important as it can help with eye health, particularly Macular Degeneration as well as joint and arthritic pain. Because of these properties, omegas are helpful to manage many autoimmune diseases. Minimizing flare-ups of such autoimmune diseases like as Lupus, Crohn’s Disease and Ulcerative Colitis can help someone ease the suffering and lesson the symptoms of illnesses. When it comes to skincare, omega-3s are a vital part of any regimen. They help to increase hydration for the skin, which is good to maintain healthy, glowing skin, as well as to improve dry/flaky skin. They are also important for those who have Eczema or who are prone to acne. This is due to the omega’s relieving the inflammation making it essential for skin conditions.†

Studies have shown, adding in Omega-3 Fatty Acids, whether they be Fish Oil, Krill Oil Advanced, Organic Flaxseed Powder, or High Lignan Flaxseed Complex can be helpful for a variety of ailments, as well as maintaining your health.† 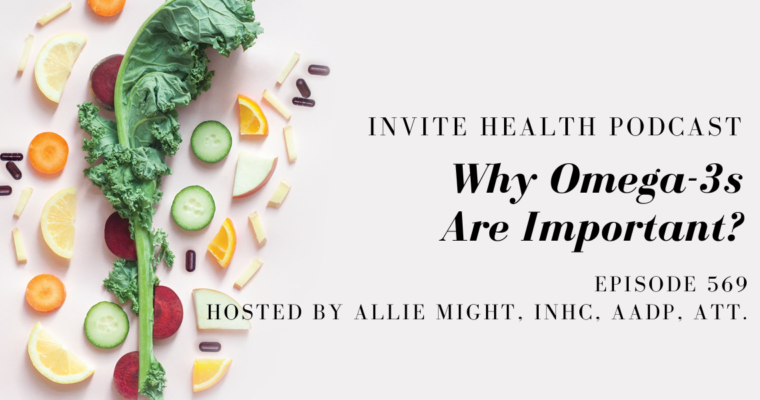 This supplement is extremely important in overall health but specifically heart, brain, and eye health. Listen now to Allie Mights Podcast on omega-3. 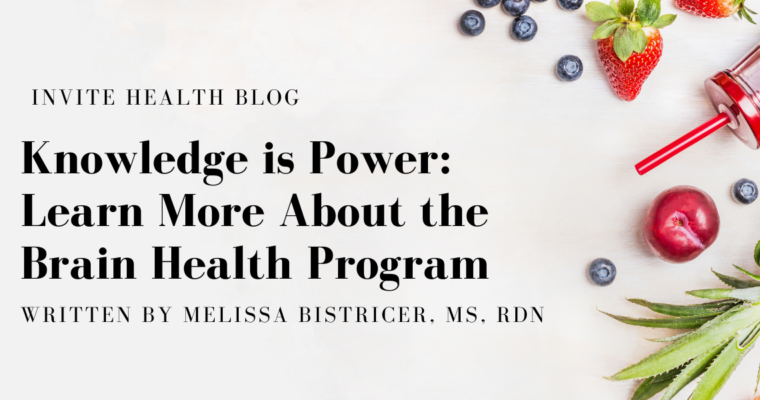 Knowledge is Power: Learn More About the Brain Health Program

As we age our brain function starts to decline but the MIND diet and supplements can help to enhance that. So read more about it now! 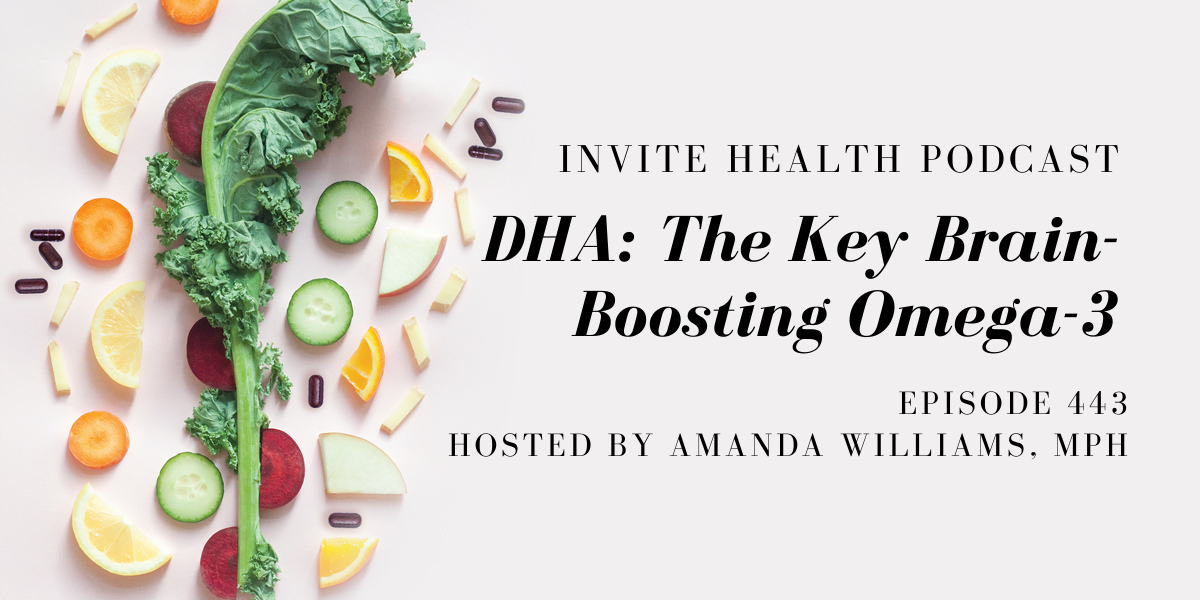 By now, you’ve probably heard of the importance of omega-3 fatty acids. Today, I want to focus in particular on DHA, which is docosahexaenoic acid. I want to zero in on this fatty acid in particular because it is very critical for proper brain development, even in an infant, which is why we’re starting to see infant formulas containing DHA. We understand so much more now about those essential fatty acids and why we need them for not just our brain, but for the entire body.†

The importance of DHA

DHA in particular plays a very vital role in the structure and function within the brain of children, developing infants and adults. This component of phospholipids is very essential, but our exposure to DHA is usually not sufficient enough, which is why we are more prone to issues with cognitive decline as we get older.†

We have to think about what omega-3 fatty acids are doing within the brain itself. I want to talk about a study that was published in the Journal of Alzheimer’s Disease, where they were looking at the effect of DHA supplement and how that could actually change the volume of the hippocampus while also helping to enhance cognitive function. This was a 12-month randomized, double-blind, placebo-controlled trial and they looked at how the DHA was playing a role in brain functions. They saw that a higher DHA intake was inversely correlated with that relative risk for developing Alzheimer’s disease.†

The participants in this study received either two grams of DHA a day or they were receiving a placebo. The researchers were looking at global and specific subdomains of cognitive function, as well as measuring the hippocampal volume. They measure this at baseline, at six months in and again at the conclusion of the study. There were significant differences in terms of the hippocampal volume in the group that was given the DHA. The findings suggested that DHA supplementation for that 12 months in people who had mild cognitive impairment could significantly improve cognitive function and slow the progression of brain atrophy.†

The Department of Nutritional Sciences through the School of Public Health at the University of Michigan worked with researchers out of the University of Texas Health Science Center to look at the association between omega-3 fatty acids and markers for inflammation in people who had bipolar disorder. They wanted to assess if there was a correlation between low levels of omega-3, including DHA and EPA, and higher levels of inflammation found in the body. Indeed, that is exactly what they found. They found higher levels of things like interleukin-18 and tumor necrosis factor alpha. They also found that when these people had higher levels of omega-3 fatty acids in the blood, these levels of inflammation came down.†

We know that omega-3 fatty acids are playing this very substantial role when it comes to targeting and easing inflammation and at the same time, maintaining the structure and function of the brain.†

In this episode, Amanda Williams, MPH discusses the powerful omega-3 fatty acid, DHA. She explains why this nutrient is important for development and overall brain function and also details studies focusing on this essential fatty acid.†