Why Beta-Blockers Can Cause Skin Inflammation and Nutrient Depletions 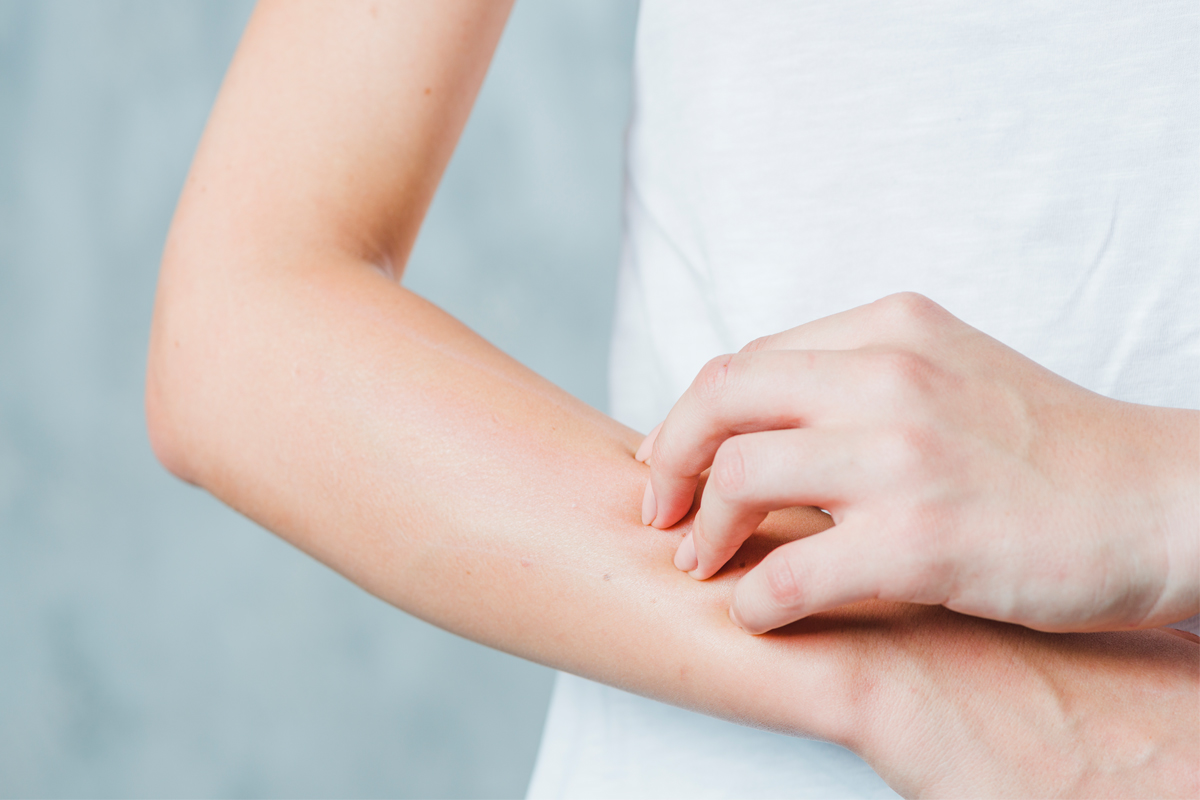 Often used to treat high blood pressure and other cardiovascular conditions, beta-blockers are medications that help to block the effects of the hormone epinephrine, also known as adrenaline. This causes your heart to beat more slowly and with less force in order to lower your blood pressure. Beta-blockers also help to improve blood flow through your veins and arteries.

But beta-blockers have been shown to often trigger or exacerbate psoriasis. A new study from scientists at the University of Bonn and Freie Universität Berlin have found a possible cause for this.

According to the study, it appears that beta-blockers can interfere with the breakdown of defective cell components. “In return, the cells release messengers that trigger immune-mediated inflammatory reactions.”

The scientists studied an active substance called propranolol and found that the inflammatory side effects are probably due to a combination of two factors: “Propranolol is both fat-soluble and slightly alkaline,” explains Prof. Dr. Günther Weindl from the Pharmaceutical Institute at the University of Bonn.

It’s fat-soluable property enables it to cross biomembranes – thin, fat-like membranes that enclose the cell. Its alkalinity ensures that propranolol becomes positively charged in an acidic environment, meaning the substance can no longer return through the membrane.

This is problematic, as the cells use bubbles from the biomembrane as a ‘recycling bag’, removing defective proteins and decomposing enzymes which break down and release the individual building blocks back into the cell, acting as a natural recycling plant. But because the enzymes can only do their work in this ‘perfect recycling, slightly acidic’ environment, when a propranolol molecule randomly finds its way through the membrane into the “bag”, it is positively charged and trapped. This causes it to accumulate and disrupts the processes in the cell. As a result, according to scientists, it “releases inflammatory messengers, in particular the so-called interleukin-23, which is mainly secreted by immune cells. The consequence are the observed skin problems.”

The researchers now hope to further investigate how exactly these processes are related at molecular level.

Jerry Hickey, Ph. Scientific Director and Pharmacist at Invite Health has developed a Drug-Induced Nutrient Depletion Chart to better help you understand what depletions are happening in your body when you are on a prescription drug.

According to this chart (which can be found by clicking here), beta-blocking drugs including Atenolol, Corgard, Lopressor, Tenormin, Toprol XL, and Metoprolol may deplete Coenzyme Q10, Chromium and/or Melatonin. Here’s why –

Beta-blockers have been shown in numerous studies to block the production of Coenzyme Q10 in the liver. “In just a year’s time, this can result in an over 40% in reduction in serum and cellular levels of CoQ10, which may further result in fatigue, weakened muscles, lethargy, and overall lack of energy.”†

Chromium is a mineral that has been shown to support healthy metabolism and blood sugar already within a normal range. When on a beta-blocker, taking this mineral may offset the drop in HDL, shown in a early study performed by the School of Public Health. The study showed, two months of chromium supplementation resulting in a “clinically useful increase in HDL cholesterol levels in men taking beta-blockers.”†

Melatonin helps to mediate your circadian rhythm, or more commonly known as your ‘Sleep/Wake cycle”. It is produced in the pineal gland mainly at night but beta-blockers can cause sleep disturbances, which impact this cycle. Findings from the Department of Medicine’s study on the influence of beta-blockers on melatonin release indicate that “beta-blockers decrease melatonin release.” This can impact your quality of sleep, your mood, and even your immune system.†

Speak with a certified healthcare professional like an Invite Health Nutritionist today to figure out the best supplement routine for your needs. Questions about the link between beta-blockers and skin conditions? Do you need help understanding what nutrient depletions you may have? Leave us a comment below.

University of Bonn. “Why beta-blockers cause skin inflammation: Possible cause of a known phenomenon.” ScienceDaily. ScienceDaily, 7 November 2019. <www.sciencedaily.com/releases/2019/11/191107122632.htm>.