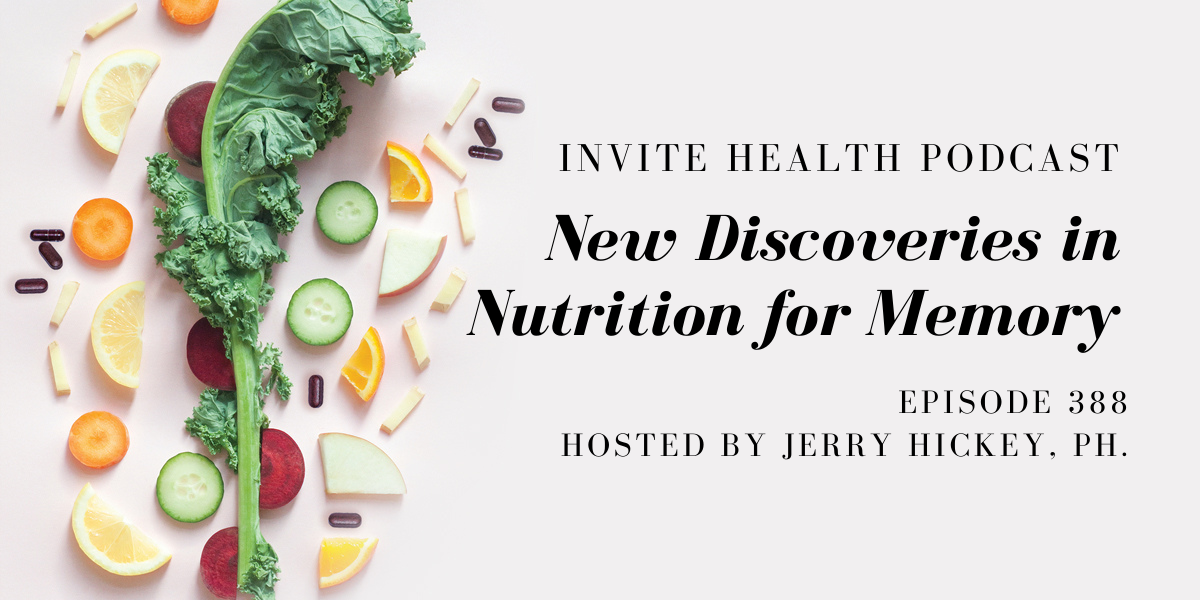 There have been amazing discoveries about our brain that clearly affect ongoing good memory functions. But now there have been further discoveries on how we can improve these functions in the brain and ensure a better functioning memory, hopefully deep into old age.†

Important findings on the brain

One important discovery we can look at is the glymphatic system. This is how the brain detoxifies itself. It was discovered around 1985, but recently, it has been discovered that we can improve glymphatic function. This is very important because the ability to detoxify your brain declines with age.†

A second major discovery in the 1980s was that we release something at night while you sleep called brain-derived neurotrophic factor. This is really important because we now know that it seeds the brain with new, well-functioning memory cells. The ability to improve this, though, has just been discovered in the last ten years.†

Lastly, we have the blood-brain barrier. This is a barrier that protects your brain from toxins and things that do not belong in the brain. This was discovered over a hundred years ago, but the possibility of repairing it was only discovered recently.†

Studies on memory and brain health

Studies have shown that there are nutrients that may help to bolster and improve these important aspects of the brain.†

When we look at the glymphatic system, for instance, we can look at a study that was done on patients with Alzheimer’s disease. The researchers noted that the brain undergoes a period of inflammation that causes the brain to swell. This, in turn, can make it more difficult to wash toxins from the brain, allowing for toxins to build up and destroy brain cells. They also found that resveratrol may be beneficial in supporting people with this issue. Other nutrients that have been shown to help restore glymphatic activity include a well-absorbed turmeric and green tea.†

The next discovery is about rebuilding the brain. Brain-derived neurotrophic factor is needed to help with the creation of new memory cells, but the release of this substance declines with age. Some studies have shown that the mineral zinc can help to restore the release of brain-derived neurotrophic factor in people with metabolic syndrome. Across the entire population, a well-absorbed curcumin can do the same.†

In this episode, Jerry Hickey, Ph. discusses important findings about the brain that are relevant to memory health. He explains how these important aspects of the brain were discovered and provides recommendations for nutrients that can help support overall brain health and memory function.†